It’s been three weeks and I know you’ve all been hanging on the edge of your seats to find out how this tale of updating, reworking and, to be humble, triumph in the face of adversity, finally ends. Since the last blog I’ve been focused on two things above all else: the functionality of the site and its style.

With some database restructuring and a few fancy AJAX calls—to do these wonderful things justice I’ve left their explanation for a paragraph of its own—I managed to achieve the main goal. The database stores a copy of each of the files attached to the bot and by cross-referencing these files to the files loaded into the bot, determines whether they are the same. The final step was to style all these components together in an intuitive away and I’m happy to announce, without a hint of bias, the greatest Teacherbot file setup box in the website’s history.

One box to rule them all, one box to guide them.

To understand the magic of AJAX imagine a world where the ‘refresh’ button was never conceived. Where websites updated on-the-fly and users basked in the ecstasy of their pampered existence as they scrolled through hours of dynamically generated data. In short, AJAX allows pages to update data without an explicit refresh of the webpage. After combining the file management and AIML wizard pages together for simplicity’s sake, I found that when deleting a file the setups with the associated file did not update. At best this would be a source of confusion for users, at worst, chaos. Using AJAX I altered the webpage to update dynamically, so when a file is deleted the setup rechecks the available files and changes accordingly. 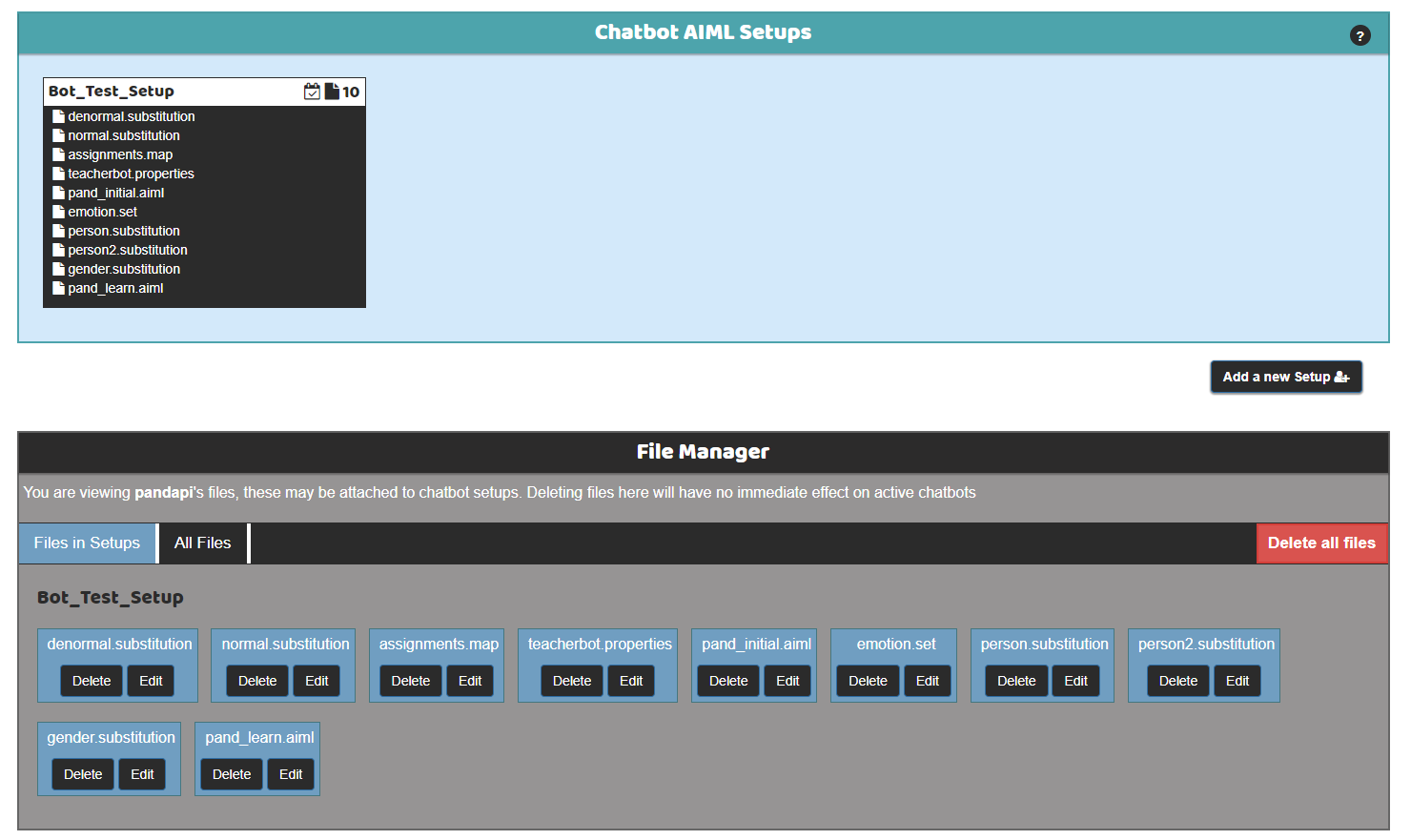 Now watch closely, as I make the first file disappear! 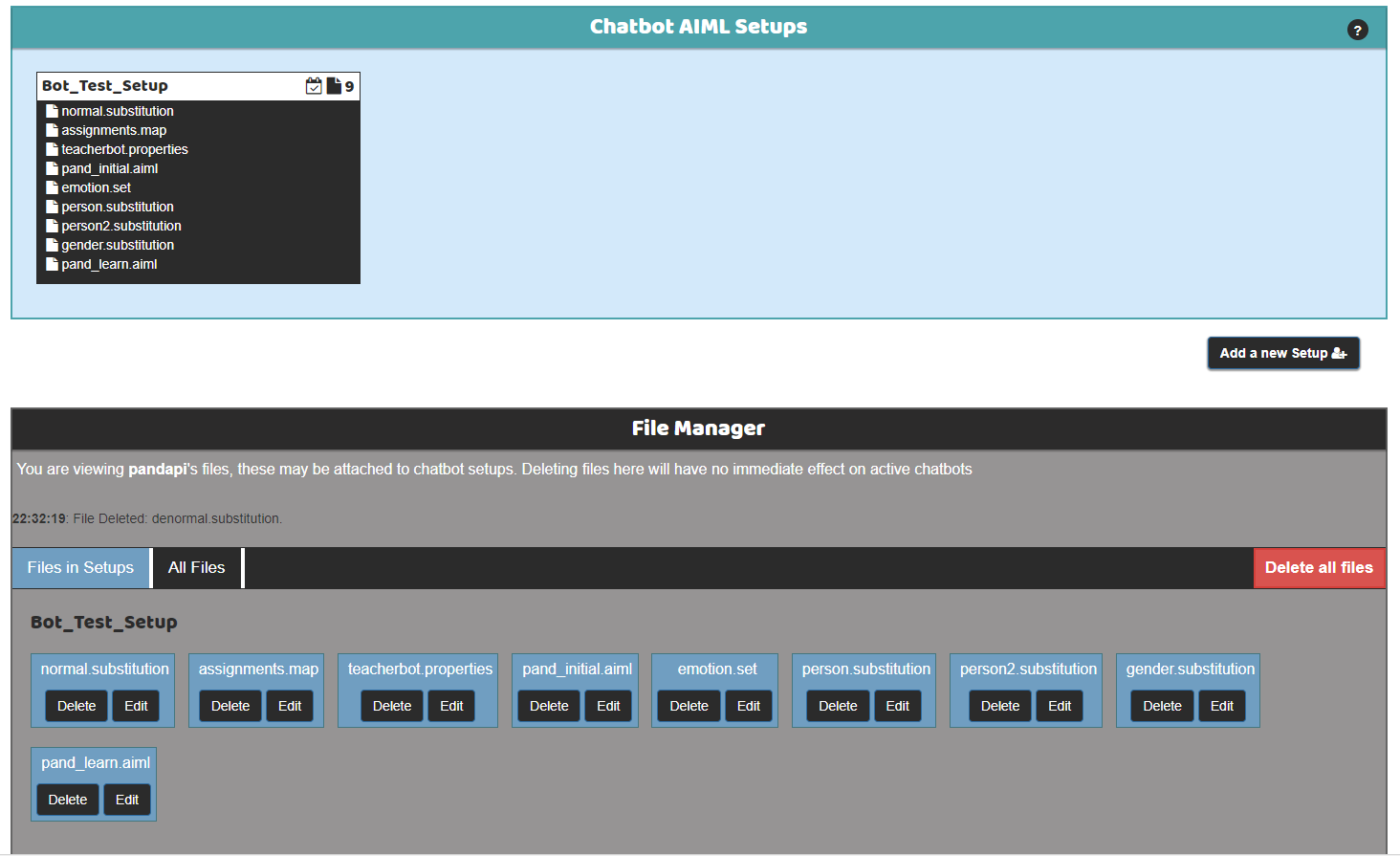 Not a single refresh was used in the making of these images.

The third major upgrade to the website was a complete overhaul of the get started page. Chloe, the DLAM Teacherbot intern, and I rewrote the Pandorabots guide (learning how to build a chatbot) and filmed videos showcasing examples for each of the chapters. This significantly cut down the size of the guide, as each video replaced a large number of static images, and hopefully made the initial learning easier for the user. I also flexed my atrophied JavaScript muscles, making a table of contents that follows the user down the page as they scroll.

The best table of contents money can buy.

Finally, over my last few days, I attempted to restyle the website, to make it as aesthetically acceptable as a human with limited artistic ability could hope for. Thankfully with the help of Yujia Xie on the graphics team, and some impromptu artistic work from Gavin I was able to include some Teacherbot figures which drew attention away from the questionable colour schemes.

In their natural habitat.

To clarify the title of the blog, I believe that my work with Teacherbot has continued the University’s push towards the utilization of bot technologies. And hopefully accelerated Teacherbot’s evolution from a pilot program to something more tangible. I am adamant that Teacherbot should receive another round of innovation funding, with stress being put on opportunities on its administrative application. Having programmed a bot for potential testing on the IS Helpline I was only further convinced of the usefulness of an automated assistant. Especially when considering the amount of students that need support on a daily basis.

My experience working with the Web, Graphics and Interactive Content team has been, in a single world, memorable. They made the working environment more comfortable than I thought possible and allowed me a lot of freedom with the site, from which I believe came good progress. I’m a little anxious that this first glimpse at working life will give me unrealistically optimistic expectations for whatever comes next, but that’s probably a good sign.

If anyone managed to make it this far I have to praise your attention span,

Please if you have any interest in using Teacherbot go to our signup page:

Teacherbot Dev-Log #3: The End of the Beginning / Teacherbot by blogadmin is licensed under a Creative Commons Attribution CC BY 3.0 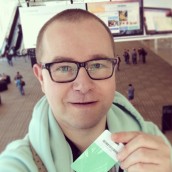