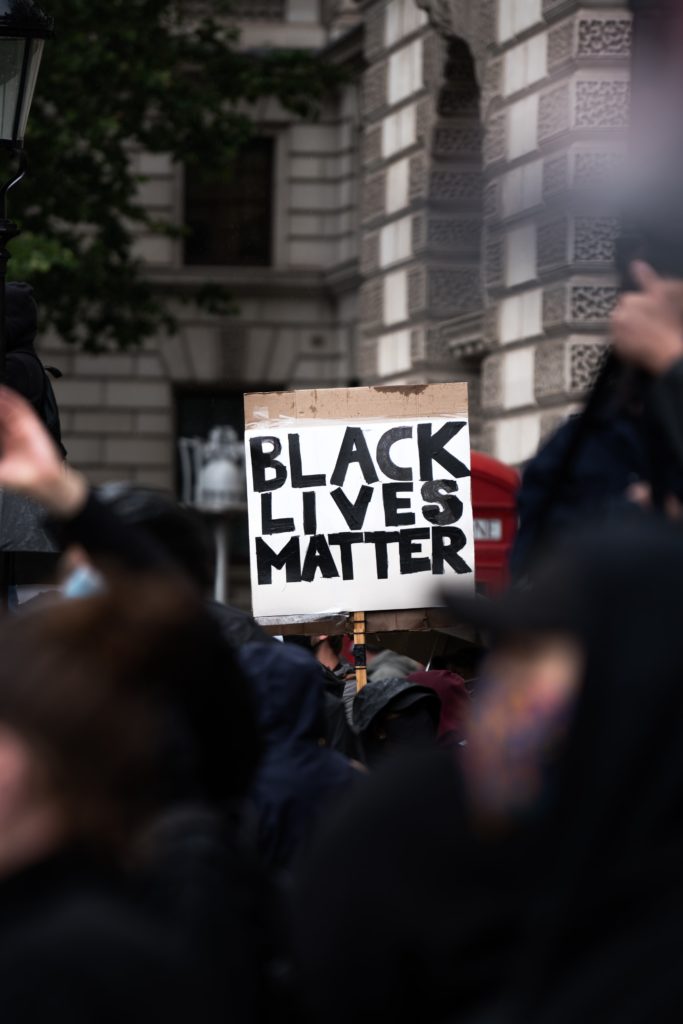 George Floyd’s last words, ‘I can’t breathe’ as he was dying, have in some strange way touched humanity’s moral chord. Handcuffed and pinned to the floor, the killing of a 46-year old black man by a white police officer kneeling on his neck has reenergised the ‘Black Lives Matter’ movement, rallying a cry for equality and justice and propelling global protests against racism hitherto unseen. It has also led to a period of reflection by majority populations, about how minorities are viewed, understood and treated. As a social work department we need to be engaged with these debates, while also giving a commitment to looking at the change we can and must make alongside expecting change of others.

The deaths of Sheku Bayoh, Jimmy Mubenga and Stephen Lawrence amongst others in the UK is emblematic of a deep malaise that inflicts our society – racism and social inequalities that mar the lives of minorities, and is reflected internationally, for example, in aboriginal deaths in custody in Australia, the decades of missing indigenous women in Canada or the lynching of minorities in India. Such deaths raise a profound question – what value do we place on the life of a human being?

These deaths painfully demonstrate the lack of institutional willingness to address wider issues and implement reforms. In these cases, and many more, we have witnessed people losing their lives through strong arm tactics, driven by racial prejudices and bias, causing untold pain to the families, friends and communities of victims. The systemic violence against black and other minorities cannot be viewed only through the lens of the civil rights movement in the US, or that of the West alone – the othering of minorities is a deeply entrenched lived experience of many across the world, though manifested differently due to context. For example, the caste system in India which continues to cause enormous divisions is a bane on India’s conscience, while in Scotland the treatment of travellers and the Roma population reinforce the need for change. It is not helped when politicians and leaders, in the UK and elsewhere, use belittling or inflammatory language which gives comfort to those who seek to marginalise, oppress and scapegoat.

We need to see violence as one of the many outworkings of systemic racism. The history of minorities is one of struggle – the US civil rights movement, India’s freedom struggle, Mandela’s fight against apartheid and the treatment of the Windrush generation are replete with memories of people peacefully protesting against oppression and tyranny. Mahatma Gandhi’s non-violent movement—a powerful, passive resistance to brutal colonial powers, leading to the collapse of the British Raj in India is a perfect embodiment of people power standing against the strangleholds of the mighty. As Michelle Obama said: “when they go low, we go high”.

As the Black Lives Matter demonstrations show, reimagining a brighter future for us and for the generations to come, requires courage and kindness, and humanity must unite to defeat racism and prejudice in our society. We cannot forget the history of colonialism and slavery – we need to learn from these, if we are truly committed to promoting equality, fairness and justice. We need to ask ourselves how history and social issues are taught in our contemporary educational curricula from kindergarten through to our universities: Do colonial lootings and trading of Africans as slaves to work in the plantations of the New World feature in our history books, and accounts of the history of our own institution? Is the systematic mistreatment of first nations people in Australia, New Zealand and north America discussed? What about the current hostile climate and policy towards migrants, evident in the harsh treatment of asylum seekers, including the abuse of people in immigration centres? How might we decolonise the curriculum and view events through a subaltern lens? The oppressive practices of the powerful continue to cause climate change, destroying the natural world and impacting the poorest most, disenfranchising the indigenous people – the clash of haves and have nots. Envisioning an egalitarian society requires us to sow the seeds of inclusive learning from early on so that we have a fuller understanding of our own history.

The need of the hour is a genuine commitment to address the structural issues that engender and perpetuate the inequalities that divide our society today, and ultimately lead to situations where individuals feel they have the right and the justification to oppress others. It is also about what we do that upholds and reinforces discriminatory and oppressive attitudes and practices. Be it in academia, our criminal justice system or in the corridors of power, we need to appreciate the true meaning of equality. While social work has played an important part in challenging racism and oppression over many decades, we cannot shy away from the part that social work has played in supporting racialised and oppressive practices at both an individual and institutional level. If change is to be lasting, it has to come from within – one way to move forward is a critical evaluation of the workforce in an organisation, including the University of Edinburgh, and to see how diversity is represented in the structures of decision-making; as Mahatma Gandhi said: “Be the change that you wish to see in the world”.

Lives lost are a reflection of our collective failure to stand up for others in their time of need. It has never been a greater truism that evil thrives when good people do nothing. There is therefore a moral imperative to support peaceful protests and to create awareness and a genuine global conscientization. The cost of moral injury when we do not stand up for the disenfranchised, the voiceless and the millions of invisible men, women, children and non-binary people in many parts of the world who struggle on a daily basis against naked oppression and tyranny will continue to lead to many lives lost to oppressive strangleholds.

As a department of social work our commitment is to look again, with a critical eye at what we teach and how. We have asked our student body to join us in doing this over the summer, and we are grateful for the many offers of assistance received to reconceive and co-produce our curriculum around race and ethnicity. We are also hopeful that initiatives such as Race.ED, a cross-university hub for research and teaching on race, ethnicity and decolonial thought, can help us as an institution to make meaningful change. It is about committing to promote diversity, inclusiveness and non-violence, while recognising that we need to do more than provide equality of opportunity to redress more significant structural inequalities.

Finally, it is positive to see the wider social work community in Scotland, other parts of the UK and internationally engage in this process of reflection, discussion and action. We look forward to collaborating with colleagues on these issues as we must all play an active part in making and sustaining the change which is required.

Humanity must unite so that we all can breathe – breathing the healing air of ‘shared humanity’ – where Martin Luther King Jr’s dreams can be realised for all; where Rabindranath Tagore’s vision of a world “Where the mind is without fear and the head is held high … into that heaven of freedom, my Father, let my country awake” engenders a real reflection of who we are and how we value and treat others as equal human beings.

(Thanks to James Eades @jmeeades for sharing his image on Unsplash)

Humanity must unite lest we can’t breathe… / Social work at The University of Edinburgh by blogadmin is licensed under a Creative Commons Attribution CC BY 3.0

Social work @ The University of Edinburgh