The Scottish Collaboration for Public Health Research and Policy (SCPHRP) is a collaborative effort, with members spanning the United Kingdom and beyond, and featuring a mix of SCPHRP employees, academics, policy makers, practitioners, and volunteers/professionals from the third sector.

The core team is based in the University of Edinburgh, Scotland and is administratively housed within the School of Health in Social Science. 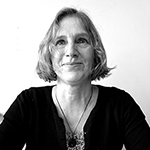 Ruth is Director of SCPHRP and a Reader in Public Health in the School of Health in Social Science, University of Edinburgh. Ruth has been involved in many different aspects of public health research for over 20 years.  After completing her MSc in the Department of Public Health Sciences at the University of Edinburgh, she spent over 10 years in the Cochrane Collaboration as a Review Group Co-ordinator,  as a reviewer and on many of the Committees. She also worked at the NHS Centre for Reviews and Dissemination in York University. She returned to the University of Edinburgh to undertake her PhD on developing a measure of informed choice in cancer screening.  Prior her role in SCPHRP, she was at the of Stirling University where she was Co-Director of the Centre for Population and Public Health and Lead for the Physical Activity and Diet Research Programme. Her methodological expertise is in systematic reviews, and developing and evaluating complex public health interventions. Her current research interests are broad, but has a specific interest in promoting health and wellbeing in the outdoor environment.  She is particularly interested in undertaking research in partnership with service providers and users. She is currently Principal Investigator on a NIHR funded grant to evaluate 20mph speed limits in Edinburgh and Belfast. E: ruth.jepson@ed.ac.uk 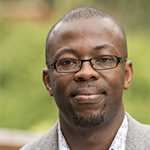 Larry is a Lecturer in Applied Public Health in the School of Health in Social Sciences. He received his PhD in Public Health from the University of Stirling. He holds a master’s degree in Public Health from the University of Edinburgh and an honours degree in Biology from the University of Cape Coast, Ghana. He also holds a postgraduate certificate in Academic Practice from the University of Edinburgh and he is a Fellow at the Higher Education Academy. His methodological expertise is in systematic reviews, developing and evaluating complex public health interventions, evaluability assessment and realist evaluation. In line with SCPHRP’s mandate, he is interested in undertaking research in collaboration with decision makers and service users. His research interest is in maternal and child health. Larry has been involved in several research projects and he is currently Principal Investigator on a Scottish Government funded grant to evaluate the universal health visiting pathway in Scotland. He is a course organiser for understanding and investigation: methods for health research, which is part of the MA Health, Science and Society programme. Larry supervises undergraduate and postgraduate students’ dissertations as well as PhDs. E: larry.doi@ed.ac.uk 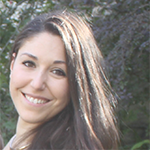 Jillian joined SCPHRP in 2017 and has been involved in several different projects. She is currently working on an NIHR-funded evaluation of Stand Up for Health, an intervention to reduce sedentary behaviour on contact (call) centres. Jillian is working alongside Dr. Divya Sivaramakrishnan, coordinating and carrying out the intervention and collecting data from the 11 participating contact centres across the UK. Prior to this, she worked on another NIHR-funded study, the 20 MPH project, leading data collection teams to capture the public perception of the implementation of 20mph speed limits in several areas of Edinburgh. Jillian has a BSc in Kinesiology and Health Science (York University, Canada) and a Masters in Public Health (University of Waterloo, Canada). Prior to working at SCPHRP she worked as an exercise physiologist, personal trainer, and workplace disability case manager. She also worked for NHS Lothian as a Falls Assistant Practitioner, developing an educational intervention to reduce falls in care home residents across Edinburgh. E: Jillian.Manner@ed.ac.uk 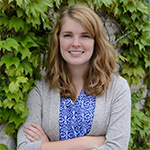 Audrey is originally from Wisconsin in the US and moved to Edinburgh in 2015. She holds a BSc in Psychology and Biology from the University of Wisconsin-Madison and a Master of Public Health degree from the University of Edinburgh. Previously she has worked in lab-based psychobiological research, science outreach, and applied asthma research. Audrey’s interests mainly lie in developing and evaluating complex public health interventions, using evidence-based and participatory approaches. Her PhD project is funded by Diabetes UK and involves developing and evaluating a physical activity intervention for women with gestational diabetes using 6SQuID methodology. Her PhD supervisors are Ruth Jepson and Alison Kirk (University of Strathclyde). She enjoys hillwalking, rock climbing, and reading in her free time. 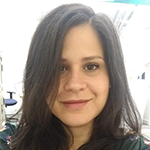 Sofia is from Mexico and she moved to Scotland in January 2019 to start her PhD in Health in Social Science with SCPHRPs Ruth Jepson and Larry Doi as her supervisors. Her main interests, and topic of her PhD, are food and nutrition security, human right to adequate food, and food citizenship. She has a BSc in Dietetics (in Mexico), and a MSc in Global Health and Management by the University of Aberdeen (2015-2016). Her current PhD is funded by the National Council of Science and Technology (CONACYT) in Mexico, which is an entity in charge of the promotion of scientific and technological activities. Sofia has previously worked in the clinical practice, lecturing, and in the last two years in the development of an Observatory of the Right to Food in the city where she used to live. She also has experience with quantitative research approaches, but she is interested in learning about qualitative and participatory approaches. E: sofia.alvarado@ed.ac.uk 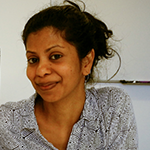 Divya is a Postdoctoral Researcher with the Scottish Collaboration for Public Health Research and Policy. She has recently completed her PhD at the Physical Activity for Health Centre, University of Edinburgh on developing a yoga intervention for older adults. She is a mixed methods researcher with experience in intervention development. Her research interests include development and evaluation of public health interventions and physical activity and sedentary behaviour across varied populations. Divya is currently working on the Stand Up for Health project. She is also a yoga teacher. E: Divya.Sivaramakrishnan@ed.ac.uk 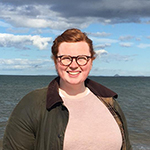 Kathleen joined SCPHRP in 2017 and has since worked on projects focussed around intervention development and evaluation. In January 2019, Kathleen began studying for a PhD at the University of Edinburgh under the supervision Professor Ruth Jepson and Dr Larry Doi. Her PhD aims to investigate the implementation of large-scale public health policies using realist research methods. Kathleen is also a member of the research team commissioned by the Scottish Government to evaluate the Universal Health Visiting Pathway. The team is currently being led by Dr Larry Doi. Kathleen is interested in exploring knowledge gaps between research, policy and practice in public health. Particularly, with a focus on the uptake and influence of evidence in policy-making and in turn the implementation of policies into practice. Kathleen holds an honours degree in Neuroscience from the University of Dundee and a Master of Public Health (MPH) degree from the University of Edinburgh. E: kathleen.morrison@ed.ac.uk 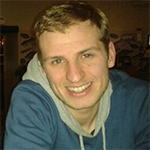 Kieran has a great interest in how transport policies influence physical activity behaviour and public health. As of March 2017, he has been employed as a research assistant by the Physical Activity for Health Research Centre (PAHRC) at The University of Edinburgh, in collaboration with SCPHRP, on an NIHR-funded project evaluating the public health impact of 20mph speed limits in Edinburgh and Belfast. This comes after conducting pilot work on this topic with SCPHRP from 2015-2017. Kieran completed an MSc in Physical Activity for Health at PAHRC (2014-2015), and before this completed a BSc in Sports Science at Anglia Ruskin University. After obtaining his BSc, and before starting his MSc, Kieran worked as a research assistant at Anglia Ruskin University, assisting with projects investigating the biomechanics of daily living activities in elderly and clinical populations. 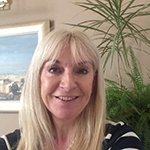 Jan currently works as a systematic reviewer within SCPHRP. She has previously worked as a researcher at the Universities of Dundee, GCU, and Nottingham. Her research experience and interests are broad, covering both qualitative and quantitative approaches, and many differing health perspectives. Prior to completing her PhD, she worked for many years in community health, and has an interest in improving health outcomes across the lifespan. E: jpringl2@exseed.ed.ac.uk 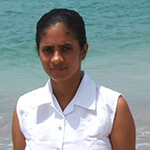 At present Glenna is involved with a project which aims to captures the health impact of the 20mph speed limit programme in Edinburgh and Belfast. The study will draw on data from various sources, including point patterns of road collisions, and driver perception surveys before and after the speed limit implementation. E: Glenna.Nightingale@ed.ac.uk