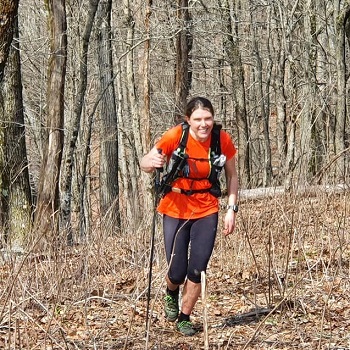 ‘I’m looking for a new challenge, an adventure that will push me to the limits of what I can endure, and beyond. I’m ready to feel small and insignificant in the wilderness, and I’m excited to find out what I can achieve, when I believe in the impossible.” – From Jasmin’s application essay for the Barkley Marathons.

Jasmin Paris is a vet in the Hospital for Small Animals (Easter Bush), a researcher in the Henderson Lab (Centre for Inflammation Research, QMRI) and mum to two young children. She is also a very successful ultramarathon runner, and was the first ever woman to win the gruelling 268 mile Montane Spine Race (smashing the course record) in 2019.

Jasmin recently ran the Barkley Marathons, known as one of the hardest (some might say the craziest) races in the ultra-running world. Taking place in the hills of Tennessee, specifically the Cumberland Mountains within Frozen Head State Park, the race goes massively ‘off-piste’ through wilderness and woods, seeing runners return bruised, battered and thoroughly scratched.

Jasmin began training specifically for Barkley back in autumn 2021, with a massive focus on increasing her levels of ascent, tallying up between 10 and 11,000 metres of ascent in one particular week.

“I ran 22 times up Castlelaw, which is a hill in the Pentlands,” she says. “That’s like 5500 meters of ascent in one run and it was one of those days we had the winter storms and that’s pretty bad weather as well. The dog thought I was crazy, he learned quite quickly that we were going up again, so he just waited for me in the middle.”

With both a family and professional life to juggle, it takes a mammoth amount of organisation for Jasmin’s training, work, childcare and family time to run smoothly. On a typical day, she trains before work and before her family are up. Everything gets meticulously organised the night before to allow for time efficiency in the morning. 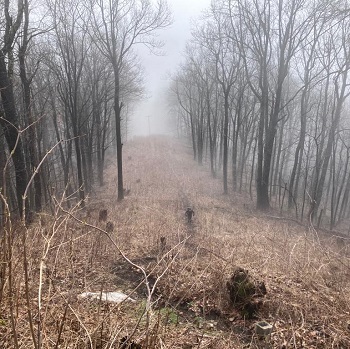 The Barkley Marathons are a notorious challenge. The terrain is rough, navigation is tough because you’re in forests, and the weather in the park can change dramatically – from excessive heat, to storms, to snow. You’ve also got the elevation to deal with – 60,000 feet if you complete all five 20 mile loops of the race.

“Sometimes, I was tackling rhododendrons and crawling on my belly to get through undergrowth,” says Jasmin. “You’re obviously doing half of the loops in the dark and I was doing quite a lot on my own because once I’d run the first loop then I wasn’t really near other people much of the time”.

For a race where a bit of moral support would be really appreciated, spectators are only permitted at two spots on the entire course. Even then, they aren’t allowed to speak to the competitors at one of them (the Fire Tower). Camp is where your support crew (her husband, Konrad, in Jasmin’s case) can see, speak to you and generally help patch you up. However, every minute spent at camp is one less minute spent out on the course, meaning Jasmin only spent about 10 minutes there on each of her two visits.

Jasmin is a navigation pro but seemingly, regular navigation skills are not much use at Barkley. There is one master map available for competitors to copy the route from the day before the race, but once you’ve started there’s no course markings and no technology allowed.

Then there’s the books. Typically nine to eleven books are placed along the route. For each lap, competitors need to locate the book, and then rip out the page that matches their bib number. If you miss a page, you don’t officially finish the loop.

So how did Jasmin keep going?

“For me, once I was out there, I was away from the kids,” she says. “So I sort of felt like I really needed to put the most into it that I possibly could. It wasn’t like the kids were waiting for me at the end. You know, I wasn’t going to see them again for a week whatever happens, so I may as well make it worthwhile – the fact I had to be away from them!”

Winning’s not the point 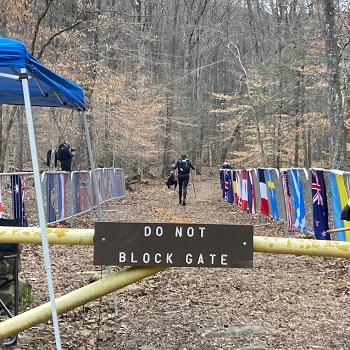 For the fourth year in a row, the 2022 race had no finishers. However, five runners successfully completed the ‘Fun Run’ – three loops of the course with a time limit of 13 hours, 20 minutes for each loop. Jasmin was one of those five runners, making her the first woman to get this far in the past ten years.

For Jasmin, however, winning wasn’t the point, it was finding her limit, pushing to it, and then some.

“It was sort of a red rag to a bull kind of thing,” she says. “It’s not for fame or recognition, but for myself, because there is something strangely addictive about pushing oneself to the edge of what is possible?”

Jasmin also finds running helps her with the stresses and strains of daily life.

‘Ultimately, I think it pays you back, because even if you’re tired and having to make sacrifices to find time, in terms of your mental health and overall happiness I think it’ll pay you back 100 times over’.

“When I was on maternity leave, if I could just go for a run, it really felt like I’d achieved something,” she adds. “It was my kind of outlet to just be me, which I think is really important. Ultimately, I think running makes me a better, happier mum.”

For many of us, taking part in something like the Barkley Marathons would be an achievement of a lifetime. For Jasmin, however, it’s just one race in this year’s busy calendar. Next up, she taking on the Scottish Islands Peaks Race in May and then the UTMB (Ultra Tour of Mont Blanc) in August. 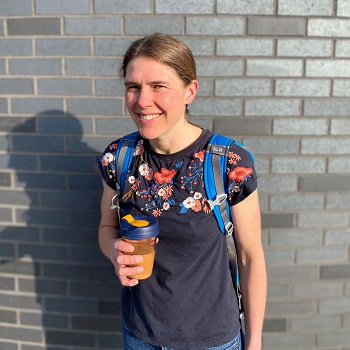 Jasmin completed her PhD studying the role of the RNA-methylation reader protein YTHDF2 in acute myeloid leukaemia. She is a Clinical Lecturer in the Hospital for Small Animals, at the Royal (Dick) Vet School for Veterinary Studies. She specialises in internal medicine in her clinical work.

Jasmin is currently putting together an Intermediate Fellowship application with the support of the Henderson lab at QMRI, studying Primary Sclerosing Cholangitis (PSC) through single cell and single nuclei sequencing technologies. PSC is a chronic liver disease in which the bile ducts inside and outside the liver progressively decrease in size due to inflammation and scarring (fibrosis).

Jasmin Paris: the edge of possibility / SCOPE by blogadmin is licensed under a Creative Commons Attribution CC BY 3.0