Coming out in high school, as a teacher 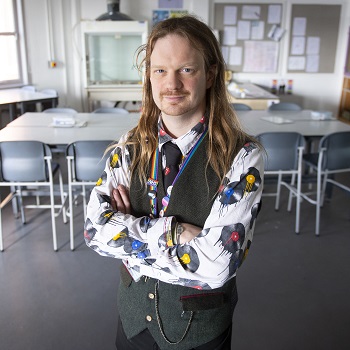 Me at work as a chemistry teacher at Kirkcaldy High School.

It started with the daily bulletin. Every day in a school does…

“The LGBT Group will meet in A18. Anyone interested in Equality is welcome”

I’m naïve and idealistic, I admit it. My other inner voice said something else: “You have recently got divorced and you’ve wondered about your sexuality since you were a bairn. This could be an opportunity to find out more.” That voice was louder. 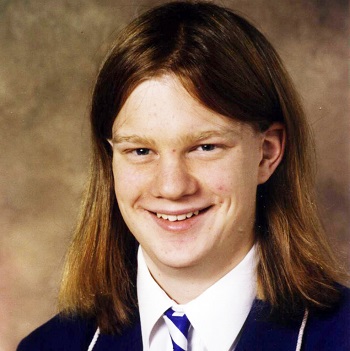 Sixth year me at school

So I found myself of a lunchtime round a table with sandwiches and a group of kids who were very open in discussion their attitudes towards sexuality and gender identity. A number of identities were mentioned – some I hadn’t heard of before: “non-binary” seemed to be a thing along with “pan-sexual” and “ transgender”. I considered my own sexuality. I’d had feelings towards all genders all my life but had decided I couldn’t be “gay” because I genuinely fancied women. I also didn’t want to be gay as it sounded like a lot of trouble.

“I’m Bi” said someone. Hmm, I’ve heard of that. That’s fancying boys and girls isn’t it? Hmmm. Bell rings, back to a crazy S1 class.

This was the pattern over the next wee while and over time, this term “Bisexual” became more and more familiar and more and more something I understood and could identify with. I figured out that was me, I was and am Bisexual – it makes sense! Only took 36 years.

I didn’t make any particular effort to “come out” as it didn’t seem like any kind of big revelation. I was on my own and had no particular plans to change that. 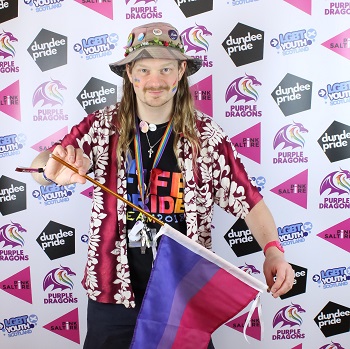 Wind forward to later that year. I was teaching “reproduction” to an S1 class. A classic topic in Biology that kids (and some teachers) fear. It’s common to do a “secret questions” box – that is an opportunity for kids to write down questions anonymously they wouldn’t want to ask publicly. I said I’d answer anything they liked and one kid asked “so if we ask you if you’re bisexual, you’ll tell us?”

Now this is interesting – the kid didn’t as “if we ask if you’re gay…” and at no point had I made any comment on my sexuality. I confirmed that if the question was asked, I would answer truthfully so amidst much giggling the question went in the box.

The questions started. “What is a clitoris?” (common one that), “Why do people have sex when they don’t want a baby?” (another common one!) and eventually “Are you Bisexual?”

“So someone’s asked me if I’m bisexual and the answer is….yes.”
Mild intake of breath. “I can’t believe you told us!”. “Why wouldn’t I?” “Oh, fair enough, what’s the next question?”

So, that’s how I “came out”. To a class of crazy first years. Unplanned, unscripted. 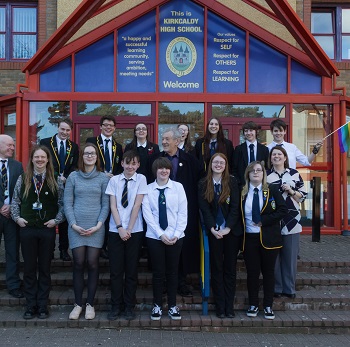 Wind forward a few more months. February 2017. Kirkcaldy High School is buzzing as a famous LGBT+ celebrity is to visit, talk to the seniors and have lunch with the LGBT+ Group. Exactly who it is, is a closely guarded secret which means of course that everyone knows it’s Sir Ian held the attention of a group of teenagers for an hour. No visual aids, not even using a microphone, but they were rapt. More attentive than I’d ever seen them. It was seriously impressive. After the talk we had lunch and the kids became the impressive ones as they engaged in intelligent and meaningful conversation with this aging thespian over soup and sandwiches. I could hardly believe my eyes and ears and I had never been more proud of my school, its’ teachers and kids.

That evening, the news of the visit went “viral”. The secret was out and of course, I joined in the conversation with relish. I went on to Facebook and posted this with the group photo of us all with Sir Ian.

“So this happened today. Sir Ian McKellan (Gandalf) visited Kirkcaldy High as a Stonewall Ambassador today. As an LGBT group member I got to have lunch with him. He was utterly charming and I think all of KHS fell in love with him hook, line and sinker. The kids did us utterly proud and kept the conversation going right through lunch. I’m always proud but today I’m especially proud to be a bisexual teacher at Kirkcaldy High School. Huge thanks and “well done” to Gillian Pirie for bagging us this one! 🏳️🌈”

The rest is history.

Update: During LGBT+ History Month 2021 Paul was named by Pink Saltire as one of their ‘unsung community heroes’ – read the post here

Dr Paul Murray is a high school chemistry teacher who kindly responded (via a family member who works in the NHS) to our request to hear from members of the LGBTQ+ community about the importance of LGBTQ+ visibility and awareness in STEM. We are very grateful to Paul for sharing his experience.

Coming out in high school, as a teacher / SCOPE by blogadmin is licensed under a Creative Commons Attribution CC BY 3.0