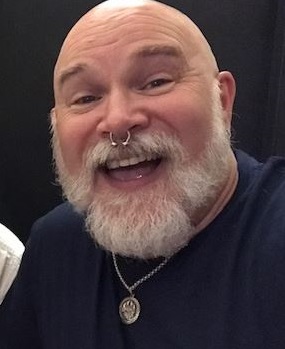 Mention Stonewall, Marsha P Johnson or Harvey Milk, Terence Higgins, Peter Tatchell or Allan Horsfall in the presence of some ‘BabyGays’ (a term used for the younger LGBT+ community) and they’ll all say ‘who?’ Which is a shame. Or is it?

Those many fearful but brave souls who stood up for their rights and the rights of their community ‘back in the day’, paved the way for recent generations of LGBT+ to exist a little more easily, to come out a little less scarily and express themselves a little more courageously.

We older ones tend to say things like “It was never like that in my day” or “the young uns get it too easy these days. They haven’t had to hide or fight to be who they are.” We look at Pride marches and see it more as a carnival nowadays, a celebration if you will and not so much a protest march, but isn’t that what we wanted back then? I know I did. I dreamed of a time when acceptance was automatic, that my sexuality wasn’t an issue in my connections with other human beings.

I would have loved LGBT+ orientated support services or a helpline or just something to help me realise that I was not on my own. I knew I wasn’t ‘the only gay in the village’ but there was nothing offered when my parents and I approached the social services when I was forced out of the closet at age 15.

Picture this, raised in a small town in Fife (and discovered sex with men at too early an age some would say) and at 15 yrs old I had a boyfriend who was 9.5 years older than me. We went off on a little 4 day break having told millions of lies to my parents so I could go and of course, I was found out. After quite a long interrogation when I got back, I blurted out I was gay and had been away with my boyfriend. My Bi-polar mother hit the roof – no surprise there and my step-father just said “I knew it.”

My mum fled to the neighbours to call the police (we didn’t have a phone) and she was calmed down and we were advised to go to social work the next day. When we did, we were then informed that as I was still a minor (under 16) there had been a criminal offence committed even though I was consenting. Back then, the age of consent was 21 and the police would still have been called – so either way I was screwed (pardon the pun).

The police were duly called and I had to undergo a highly embarrassing medical examination and then two policemen (one of them a neighbour) had to sit and take my statement. All this without my mum or step-father present and no-one to support me. It seemed to be ok for social work to treat me as a minor in one respect but then not do all they can to help or protect me in the other.

To cut a very long story short, it was kept out of the papers and thankfully, my boyfriend got a small fine on the strength of my statement. We lasted another 5.5 years after that. School had no idea how to cope with this either and again, there was nothing in place from social work or the school to help me cope with all the bullying, beatings and humiliation I suffered throughout that academic year.

Maybe that’s why I side with the underdog and get too easily frustrated often when things like the Pride rainbow flag is usurped by the NHS and the like….
And then I check myself, think back and remember and smile. I’m glad that the generations who’ve come after me have it a little easier (the fight’s still not over, I know that) and that they can truly express who they are in the workplace in any way they choose and that they are also supported and encouraged in that expression.

For some, it will still be a struggle but at least these days, we definitely know We Are Not Alone.

A little slice of me for LGBT+ History Month / SCOPE by blogadmin is licensed under a Creative Commons Attribution CC BY 3.0