I thought it was important to record the objects in their used state, after the Afternoon Tea event. 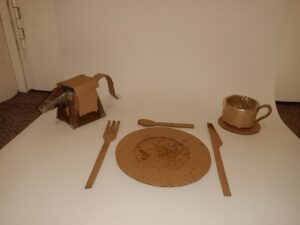 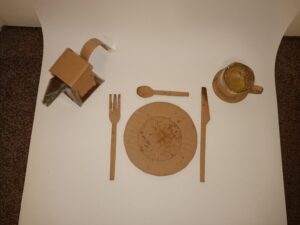 The same display set up as I had photographed before the pieces had been used. 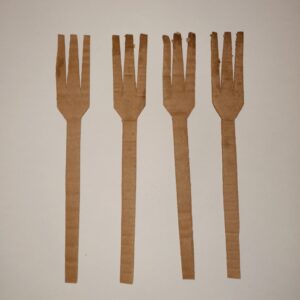 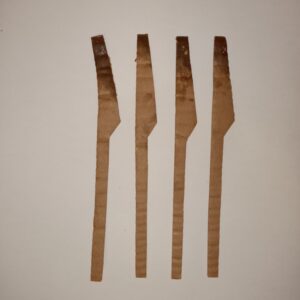 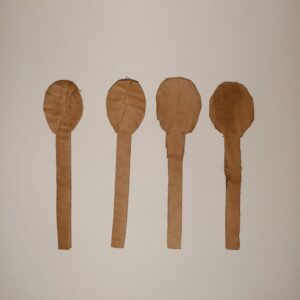 The cutlery came out fairly unaffected. You can clearly see the knives were the most useful/used pieces. The forks went virtually unused, as they simply weren’t strong enough and therefore not fit for purpose. The spoons had mixed results. Here they have had time to dry off, however once dipped in hot tea two of them had completely collapsed, possibly releasing glue into the drinks (oops) and losing all use for the remainder of the meal. The cutlery isn’t really able to be used again as it stays greasy and dirty and has been in peoples mouths. I also don’t think they are able to be recycled due to the grease. 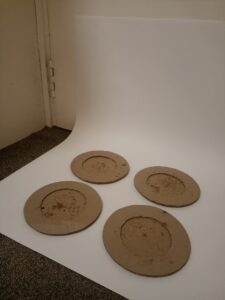 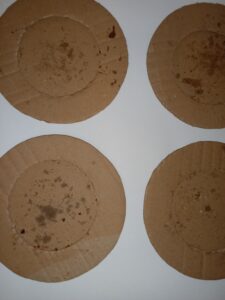 Plates held up well and performed just like a plate. They could have been smaller, daintier and prettier. 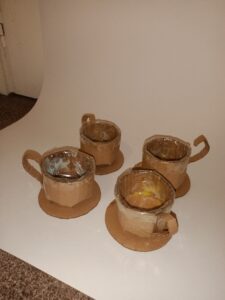 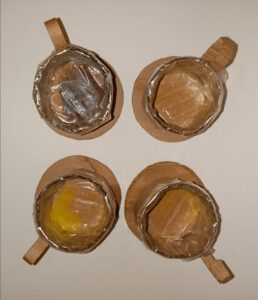 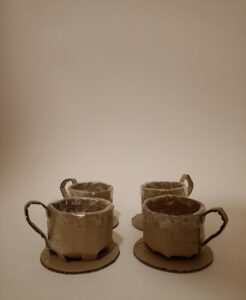 Good news! Three out of four cups remained water-proof to the end, and even the one which leaked was still useable. I think therefore I may be able to remove the plastic and Sellotape, putting that in the bin and recycling most of the cardboard, as it was protected from food. Most of the placemats are also unblemished. 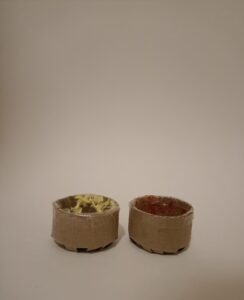 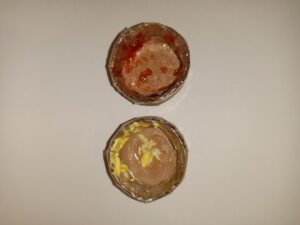 These jars were possibly the cutest part of the whole set in practice. The waterproofing worked very well, the size was great, both cute and practical, and I think if I remove the plastic the cardboard should be able to be recycled. 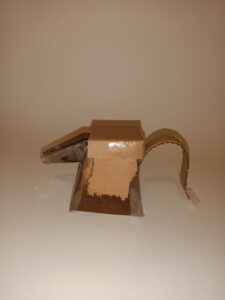 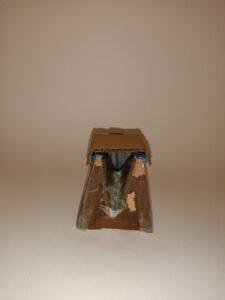 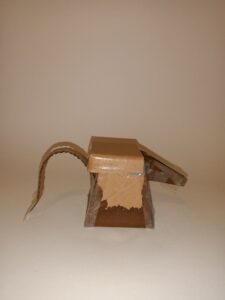 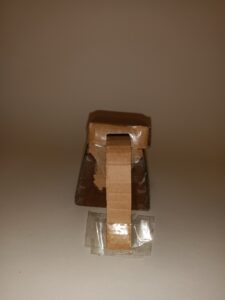 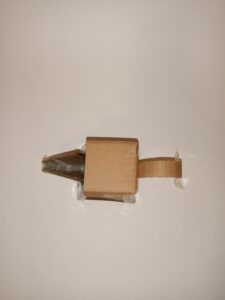 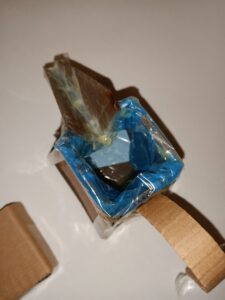 Ah, the teapot. I still think she’s cute, even in this compromised state. I linked the video to the teapot failing in my last post, but I have included it here too so you can see the disaster unfold in front of your own eyes. To be fair, I enjoyed making her, she was a cute addition to the table before I tried to use her, and even now I like these photos which show how impractical my design was. I think the spout was either on the wrong angle or just too high up to be used properly. The freezer bag I used to waterproof the inside is intact, I think, so the fault was probably that the Sellotape I used to secure everything just wasn’t strong enough when liquid was added to the equation. The handle was also ridiculously weak for the weight of the liquid, making it unusable in practice, and it eventually came unstuck when the leaked orange juice got to the Sellotape. A failure, but a fun one. 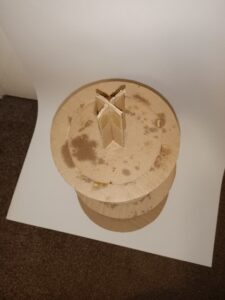 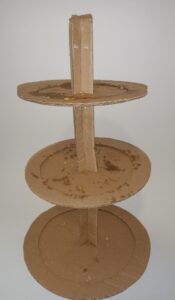 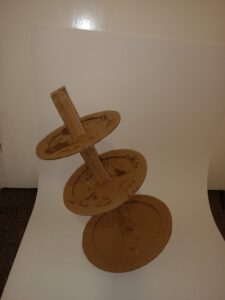 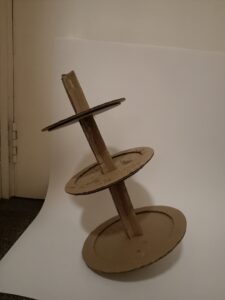 Finally, the ever-dramatic cake stand. After toppling under the weight of a few scones and having to be propped up with tiles (despite me already adding a support to the feet), when it came to photographing the cake stand she was in a bit of a state. All three tiers were covered in grease and crumbs, and the structural integrity of the piece was rapidly deteriorating. I stood the stand upright to begin with, and caught the gradual falling of it onto one side on video (linked above). I actually really liked the new form it took when in its most natural and comfortable state, toppled to one side.

Overall, the Cardboard Afternoon Tea project and event was a lot of fun, but I will not be making large amounts of finicky objects from cardboard again for a while.