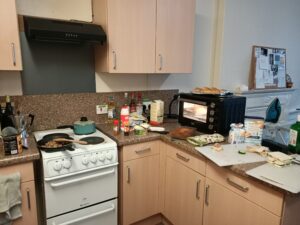 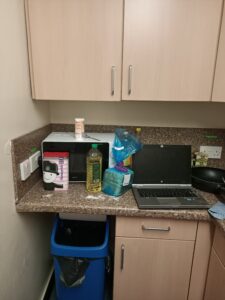 Preparations for the meal took all day. I wanted to make all of the food myself, putting the maximum amount of effort in (within one day) to make two savouries, scones and two cakes. The baking was fun, I had to whizz around the kitchen under the time pressure of the ‘Afternoon’ part of Afternoon Tea, and I served up at least an hour later than what I had originally estimated, but it was good. 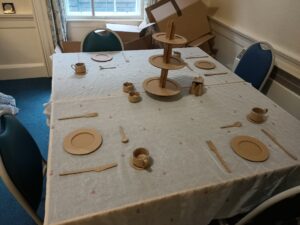 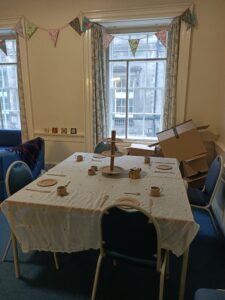 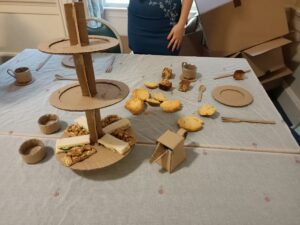 Disaster Strikes! It soon became apparent that my cake stand lacked the structural stability needed to perform the task of supporting all of my creations. The scones took a tumble, but luckily the effects weren’t too devastating. The cake stand had to be propped up with tiles. 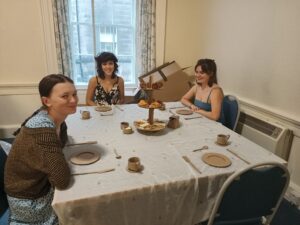 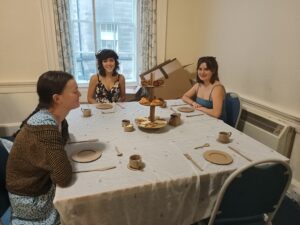 The gang gathered. They look pretty awkward in these pictures, and I guess it was pretty weird at the start, its not everyday your flatmate makes you afternoon tea and asks you to dress fancily on a Tuesday afternoon. 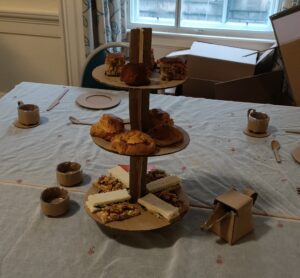 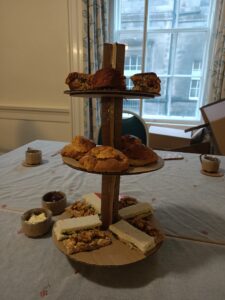 The finished set up. Quite pretty if I do say so myself. I couldn’t fit both cakes on the stand without it toppling over, so they had to be added after the scones had been eaten – if I do this again I would need to revise my cake stand design. 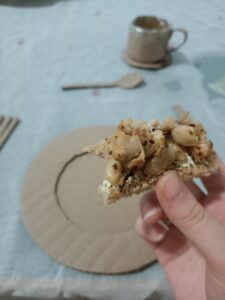 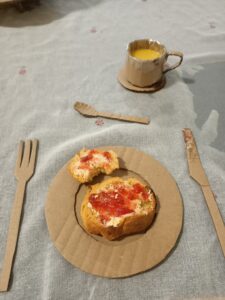 The food was delicious!! Proud of the posh beans on toast and the scones in particular. Natalia said I ‘had the scone genes’ (from grandma). Cups also held up for the most part, 3/4 of them were effectively waterproof. 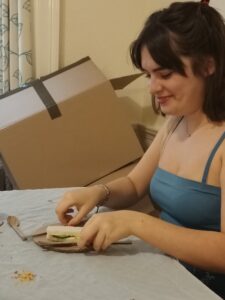 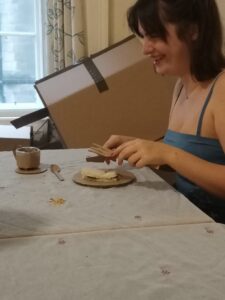 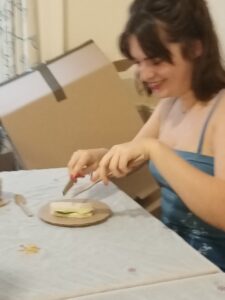 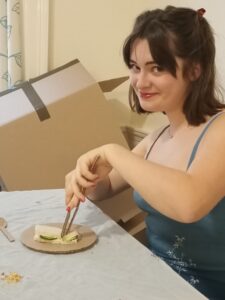 The saga of Anna trying her cucumber sandwich. 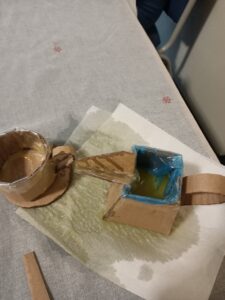 The teapot was a bit of an L, the spout didn’t really pour, and as soon as I tried it began to leak from the bottom. Live action video of the attempt linked above. 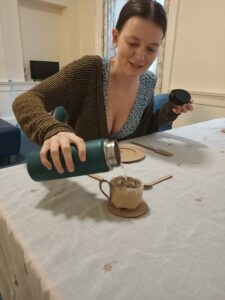 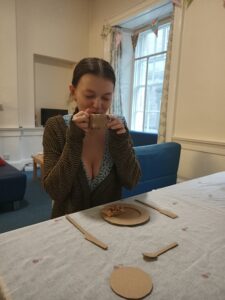 Molly using her cup with water. Hers was actually the only one to leak in the end, despite Anna managing to put hot tea in hers! 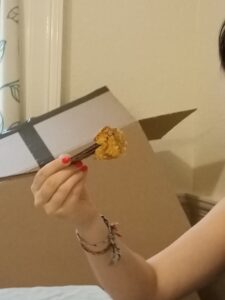 A fork in use. They were so blunt they could only pierce the softest cake (the carrot cake). 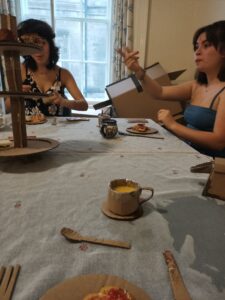 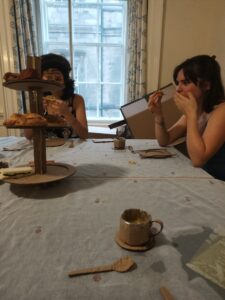 In the end, it was fun, a little silly, but we all came together which was the goal. We were there for around an hour and a half, and it was a nice break from the monotony of lockdown, where we had mostly been working separately in our rooms.

A list of the topics we discussed, that I could remember. Discussion and togetherness was what I wanted, and it’s what I got 🙂 Felt closer as a group afterwards. 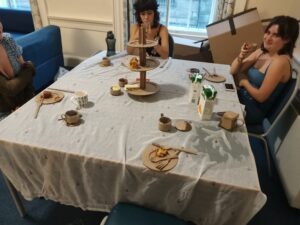 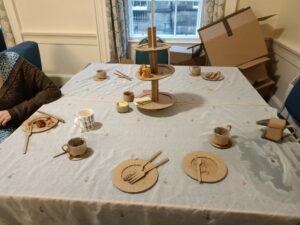 The aftermath to be tidied up. 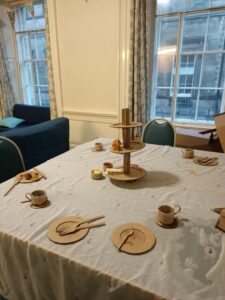 A pretty shot of the aftermath – cardboard and crumbs.

Public opinion of my piece – two opposing reactions to video linked above. ‘That is soo sickkk I love it’ – Lucia Sheppard, ‘You good bro’ – Amaia Johnson. 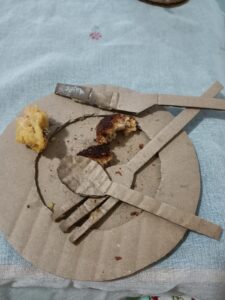 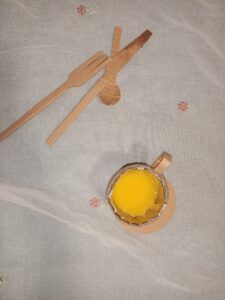 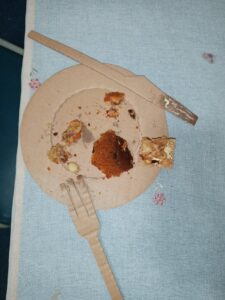 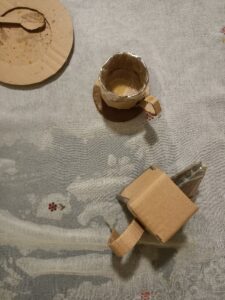 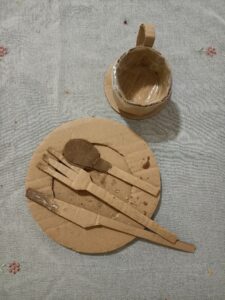 Aftermath evidence 🙂 used objects and space. Thinking about making these into prints themselves. Would be good as postcards?  Evidence of a good time. 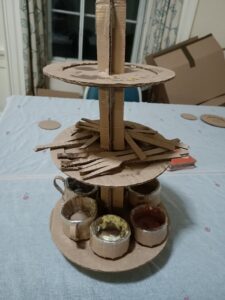 Packing away, I liked how most of the pieces fit into the one big piece.

Afternoon Tea Event / Bridie Gill by blogadmin is licensed under a Creative Commons Attribution CC BY 3.0