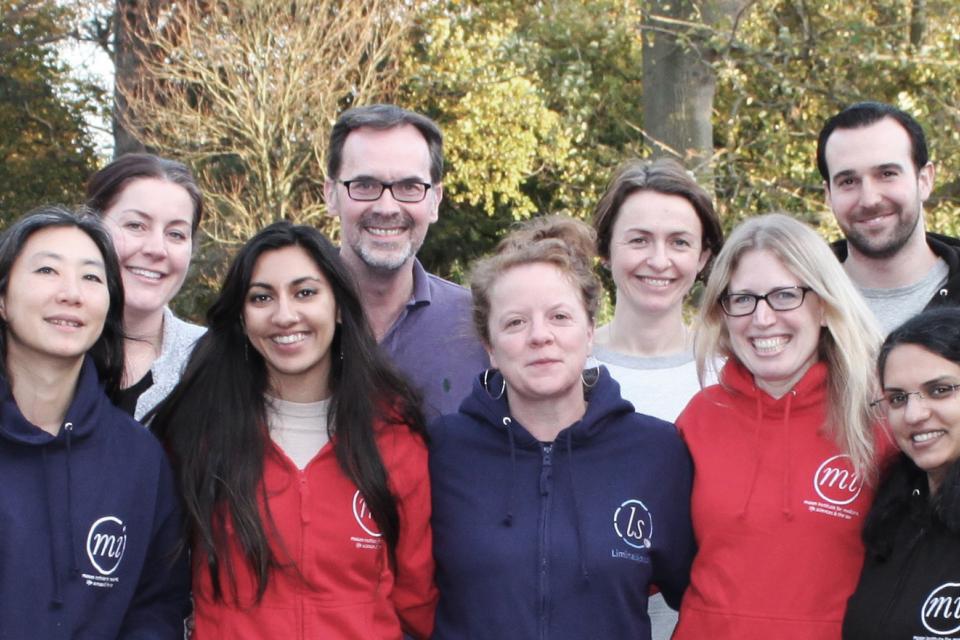 The Mason Institute was established in 2012 to honour and continue the legacy of Professor J Kenyon Mason who had been an Honorary Fellow in Edinburgh Law School since 1985 and Regius Professor of Forensic Medicine in the University from 1973-1985. The essence of that legacy is an openness of spirit and mind towards contributions to academia, public life, and wider society. On the tenth anniversary of the founding of the Mason Institute (MI), this blog is the first in a series that explores the multiple meanings of legacy in academia. It is my pride and privilege to offer these writings to our readership in my capacity as Founding Director of the MI (2012-2017) and as someone who is happy to have been called friend by Ken Mason.

The launch of the Mason Institute was something of a coup. Please do not take this as hubris. Allow me to explain: precisely because of Ken Mason’s open-mindedness and intellectual generosity, we were able to attract three doyennes of the medico-legal field to participate in the launch event – no less than Professors Margaret Brazier (Manchester), Emily Jackson (LSE) and Sheila McLean (Glasgow). These women are first generation pioneers in the development of medical law & ethics and they are colleagues with whom Ken Mason frequently disagreed but always in the most respectful and gracious of terms. It is precisely this attitude that is embodied in the foundation stone of the MI and which continues to represent its approach to this day. This blog site – the Motley Coat – was established under the auspices of the MI and named in honour of the title of Ken’s 1974 inaugural lecture. It captured the wealth of esteem and affection held for him through a commemoration page set up after his death in 2017.

The other way in which the establishment of the Mason Institute was a coup lay in the fact that it was set up as an Institute at all. The University of Edinburgh has very rigorous standards for the establishment of centres and institutes, and a hallmark of the latter is the requirement for an “institute” to be an interdisciplinary research network. In our case, this was not a problem:  from the beginning the vision had been to establish an entity aimed at investigating the interface between medicine, life sciences and law in relation to medical and bioethical developments on a national and global scale. Although based in Edinburgh Law School, the objects of the Mason Institute have always been to reach throughout and far beyond the University and to ensure that our scholarship is determinedly interdisciplinary, especially through integration with bioethics.

Thus, the initial mission statement of the MI was “[t]o excel in providing a stimulating academic environment that influences real-life ethical, social, and legal issues in the advancement of medicine and the life sciences through research, knowledge exchange, and teaching.”

In the same year as Ken’s death (2017), we instigated a review of our activities that would take us to the present day and the 10th anniversary. Our revised mission statement now positions the Mason Institute as:

However, before offering some examples of where we believe we have delivered on these objectives, it is crucial to recognise above all the people who have been involved; for nothing would have happened without them and no benefit would ever have come from the Mason Institute.

The MI approach to team working has always been determinedly non-hierarchical. The team self-identifies with a flat operational and decisional structure, with shared responsibility for MI’s vision and a clearly agreed division of roles within the team. This has worked well in generating a sense of ownership for spheres of influence within the MI Strategic Plan – a living instrument that both founds and steers the direction of the Institute. it is founded upon profound mutual respect for the individuals involved, their interdisciplinary perspectives, diverse career trajectories, and willingness to be mutually supportive in a wide range of activities. This demonstrates the strength of MI’s communitarian approach to working as a team. This legacy was continued when Drs Sarah Chan and Agomoni Ganguli-Mitra took over as Co-Directors in 2017, and it continues to this day with the current Director, Professor Anne-Maree Farrell. A portfolio approach to working now typifies the MI with colleagues working in distinct areas of remit including policy, anti-racism, digital development and internationalisation.

There has also always been a strong commitment to capacity building for early career researchers and our student body, as is evidenced by the specific remits of key members of the Executive. In the first few years of the MI, we were able to take advantage of a University of Edinburgh summer intern scheme, giving work experience first to a law student (Scott Clair) and second to a medical student (Cameron Kennedy) to work with us on liaising with our wider UG/PG bodies and developing our policy work, on which more later. The Edinburgh PG Conference has frequently been supported, both programmatically and financially, by the MI and our outstanding PhD community are strong contributors to the annual event. All LLMs and PhDs studying in our areas are treated as part of the MI community. Through the efforts of colleagues Drs Chan, Ganguli-Mitra, and Postan, the Mason Institute established a Joint Bioethics-MI Reading Group consisting of a cross-College group of doctoral students from Law, Philosophy, Sociology, and Anthropology to meet monthly to discuss pertinent writing across relevant disciplines. Most importantly, the MI community strives to promote equality and diversity in its activities and goals. The MI writing retreats and Work in Progress seminars are seen as spaces that nurture and support researchers at all levels, especially ECRs.

To turn to achievements to date, a blog cannot do justice to the range and diversity of activities that have occurred in the first ten years of the Mason Institute. Instead, using our current mission statement as a guide, I offer some highlights that demonstrate the spirit of the Institute and its wonderful colleagues.

The Mason Institute has attracted funding from, among others, the AHRC, ESRC, MRC, Wellcome, NHS Scotland, Scottish Government and the EU. Its research has been commissioned by government agencies and NGOs, including the Nuffield Council on Bioethics. Some milestone projects include:

A hub for knowledge exchange and engagement with publics, policy-makers and other stakeholders around the emerging biotechnologies of today and tomorrow…

The momentum that drives this level of activity arises directly from the common commitment to achieving the objectives of the Institute. Importantly, too, the core team has a mutually supportive attitude towards initiatives. An illustrative example is the contribution of the team to the Assisted Suicide debate in Scotland, which began with a collaboration with a theatre group in the Edinburgh Festival Fringe (thanks to external monies raised by the R&D Officer), which led to further collaborations with a wider group of artists and new funding and an arts exhibit (led by two Deputy Directors); in parallel, contacts made from the Edinburgh Fringe event led to a practitioner symposium on the Assisted Suicide Bill (led by the PhD Convener), which led to an MI team submission to the public consultation (led by MI intern), which led to oral evidence to the Scottish Parliament (delivered for the team by the Director).

The legacy of Ken Mason is embodied not just in the wealth of scholarship that he left behind but also in the ethos towards academia that he typified, being an unwavering commitment to quality contributions to civic society. His firm belief was that this cannot be achieved unless disciplines work together. The Mason Institute is the living incarnation of this conviction. This blog only scratches the surface of the contributions that colleagues have made in the first ten years.

As for me, I stepped down as Director in 2017 and from the Chair of Medical Jurisprudence in 2019. I was honoured in 2021 to have a festschrift presented to me about my own work, entitled Law and Legacy in Medical Jurisprudence, edited by my dear colleagues and friends Edward Dove and Niamh Nic Shuibhne. In the continuation of this series of blogs, I will offer contributions over the next few months that engage directly with the ideas of my colleagues who contributed to that volume and who all sought to tackle the vagaries of legacy.

The quote in the title of this blog – “…only the first rough draft of history” – is attributable to Alan Barth, a 20th Century American journalist and civil liberties advocate. He was speaking about the news, but it seems to me that it is also apt for this account of the beginning of the Mason Institute.

What we write now may only be rough drafts of how our stories will be told in the future, but it has been a privilege to be a part of the Mason Institute that now forms such a central part of the history of all who study and work in medical law & ethics at Edinburgh.

Graeme Laurie is the founding director of the Mason Institute, and Professorial Fellow in the School of Law, University of Edinburgh.