The Embryo-shaped Elephant in the Room 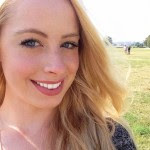 Recent scientific research published in Nature and Nature Cell Biology has revealed that researchers have been able to keep in vitro ‘embryos’ alive for 13 days.

This has produced an explosion of commentaries[1], calls for action and expressions of concern regarding the 14-day rule for research on human embryos (contained in s3(3)(a) of the Human Fertilisation and Embryology Act 1990 (as amended)).

To provide some background, this rule was put in place as a statutory embodiment of the ‘compromise position’ adopted by the UK government as a result of the recommendations of the 1984 Warnock Report. In short the conclusion of the Warnock Committee was: yes, we can carry out research on ‘embryos’, but they must be destroyed after 14 days. At the time of the enactment of the original Act, 26 years ago, it was decided that 14 days was an appropriate compromise as, at this stage in early development, the primitive streak[2] begins to form, and the ‘embryo’ can no longer split into twins after this stage. It was thus felt that this stage was morally significant, re-enforced by the belief that this was the earliest known moment when the central nervous system was likely to have formed to a meaningful extent.

This cut-off, and its origins, have been questioned by many over the years [3]. Now, with this latest advance in embryo research comes optimism for those academics and scientists who have been calling for an extension of this rule. But within all of these messages of scientific optimism, is there something missing?

When is an embryo not an embryo?

Amongst the heated debates and the swapping of morally charged terms in media coverage[4] of this new discovery, an important factor has been lost: the importance of semantics when discussing the early stages of human life; socially, morally, and legally.

Interestingly, both scientific papers refer to the 13/14-day old entity that has kicked up such a fuss specifically as a ‘blastocyst’[5]. Although they also refer to ‘embryos’ when speaking about them as part of the early developmental process more generally, it is clear that at this point in time they are not ‘embryos’ per se, but at a stage in ‘embryonic development’[6].

Yet just about every coverage of this scientific advancement in the mainstream media refers to the entity in question only as an ‘embryo’.

While it is completely understandable for journalists to avoid scientific terms that are unfamiliar to many members of the public, their discourse on ‘the embryo’ is, albeit unwittingly, irreparably hindering the case for reasoned debate on extending the 14-day rule. Why? Aside from improperly reflecting the findings of the research papers they are reporting, they are arguably providing fuel to the ‘pro life’ fire. While the purpose of this blog is not to debate the pros and cons of pro-life arguments, this outcome would certainly be undesirable given how far science, morality, and health have evolved since 1990.

To explain further, while ‘blastocyst’ frames the discourse in terms of a cellular stage in the phases of very early life, ‘embryo’ immediately plants this advancement in research within an already significant body of morally charged discourse, with a lot of moral, legal, and social baggage. This is not to say that doing so is necessarily a bad thing. Instead, my argument is that placing it in this discourse already predisposes our attitudes towards what is at stake. Moreover, it perpetuates a legal fiction regarding the point at which embryo actually becomes ‘an embryo’ (if that stage is even accurately discernable at all).

This, of course, is not to say that the media is the root of this problem. As many medical lawyers will know, in the very first section of the HFE Act, early-stage human life is prescribed as an ‘embryo’ under the Act where an egg is under the process of fertilisation, or any other process capable of producing an embryo.

In this way UK law is failing to reflect current biological understandings of ‘the embryo’. Of course, almost any term we use to describe the early stages of life, including ‘blastocyst’, will be enshrined in moral connotations, and this is perhaps unavoidable. And indeed there are no real semantic or moral ‘truths’ here. However, simply ignoring semantics as informed by changing scientific and moral understandings without redress (as the Act has arguably done) is not a desirable legal answer.

This is part of a broader issue that needs to be addressed; there is a very strong case for public and legal discourse on the meaning and moral status of ‘the embryo’ in UK law.

Yet, to offer a metaphor: for how long can an ever-changing building stand without revisting its core structure?

There are of course a plethora of reasons why the moral status of the embryo has never been readdressed in law; especially, I suspect, the fear that opening up this debate might result in embryo research being limited, or shut down altogether. But as John Harris recently pointed out in his commentary in the Guardian, having withstood the test of time, and not led us down a ‘slippery slope’, the rule has proven its worth: ‘it has shown that we are capable of sticking to a rule that was needed to inspire public confidence in the regulation of science.’ Indeed, we can see that no slippery slopes have occurred[9]. I suspect that this fear is no longer valid, and thus my question still stands, particularly in the face of new frontiers of human understanding and medical progress.

One cannot expect that societal moral views on ‘the embryo’ have remained fixed since the 1980s, so why should the law remain so?

My argument is that it should not. While these debates are encouraging, the moral status of the embryo in law is a glaring centrepiece to this regulatory puzzle that needs to be included within discourse. We need to address the embryo-shaped elephant in the room. Hopefully, these new findings will lead to meaningful discussions about the embryo as the core of the HFE Act, and the Act as a whole.

Catriona McMillan is a doctoral researcher on the Wellcome Trust supported project, Confronting the Liminal Spaces of Health Research Regulation. Her research addresses issues associated with the regulation of the human embryo in the UK through the lens of liminality, an anthropological concept coined by Arnold Van Gennep.

May 13, 2016
The Embryo-shaped Elephant in the Room / The Mason Institute Blog by blogadmin is licensed under a Creative Commons Attribution CC BY 3.0

Published in bioethics, embryos and studentblog