Been going on a number of pilgrimages recently… this year to Little and Big Sparta, searching deeper into “How to Make Films”… and the discovery of a clutch of useful books too…

‘A history of artists’ film and video in Britain‘ (David Curtis 2007) Ch2.1/p87 “The story of mainstream cinema is that of the triumph over all other possibilities of a highly encoded narrative language – the child of narrative painting and theatre – delivered with a standardised 24/25 frames-a-second pulse.”

‘Experimental Ethnography : The Work of Film in the Age of Video’ (Catherine Russell 1999).

I’m still reading that last one. I am intrigued about how narratives can be forged through often very disparate media.

This isn’t new of course, look at the ‘cargo-cult’ stories from 20th century Melanesia. The islanders left us magical versions of the tech of the day – radios and aeroplanes – made from sticks and coconuts as research and development. https://en.wikipedia.org/wiki/Cargo_cult

And even further back… the Acropolis Museum in Athens this summer offered me a history lesson. The story of gods made solid by that mass of stone – daring us to disbelieve. I emerged convinced and converted.

Another convincing talk was by Pam Smy at the ‘Shaping the View’ symposium in ECA last month. She is an illustrator who has made a series of model houses as a way to imagine the house she needed to draw for her forthcoming book ‘Thornhill’. The models are part of her process, I don’t think she had shown them to anyone before.

So I’m making things just now. Things that can populate my films. Trying to conjure up what the films should be about – a bit like the Melanesians. How would they make a film to coax something into existence? 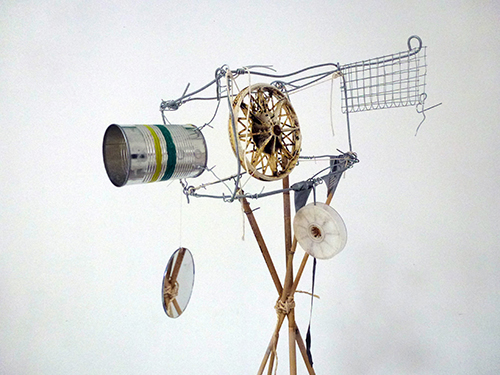 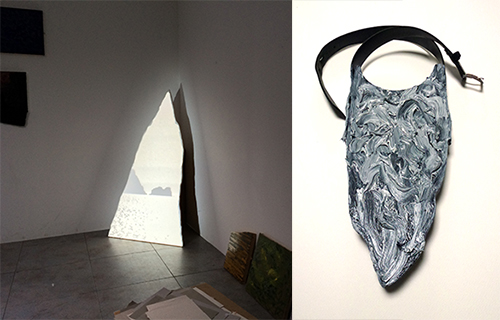