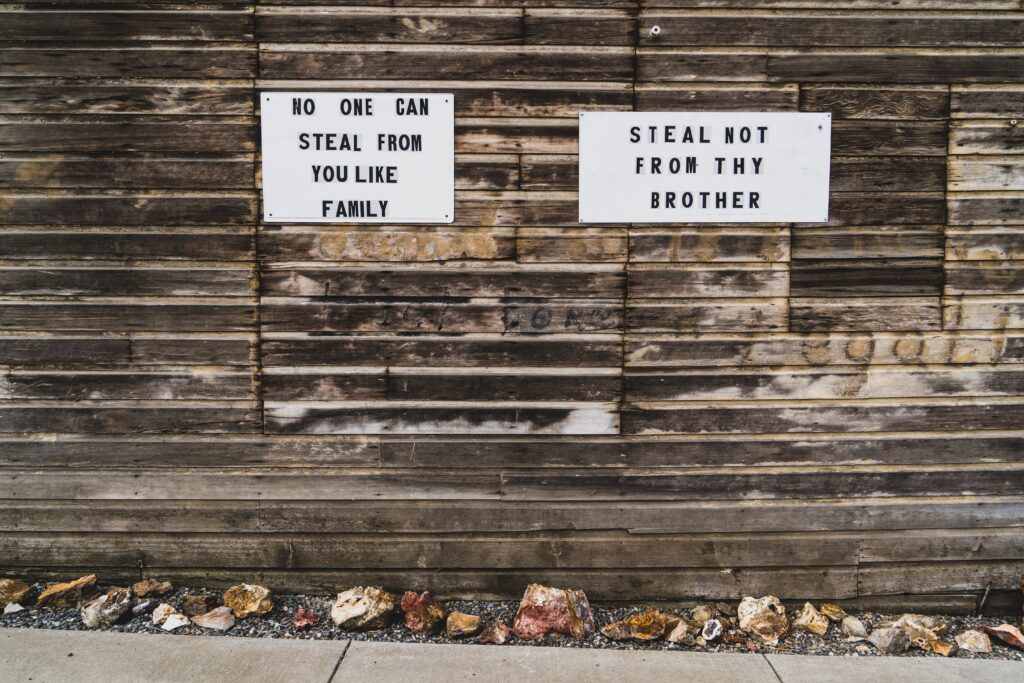 Photo by Dan Meyers on Unsplash

This post was inspired by reading David Buil-Gil and Patricia Saldaña-Taboada’s article cited below. It helped crystalise my thinking about what colour of sociologist I am.

One of the fundamental insights of critical sociology or criminology is that what we are studying is a social construct. I used to be very enamoured of this as it provides a graspable critical handle on the issue. For example, we might say what matters is what we define as a crime, and how doing so affects people’s life course, how they are labelled and so on. These decisions do matter. Along with that I have come to believe that there are underlying rules which are independent of these constructions. We should not be so enamoured of our constructionist analysis that we stop trying to find or paying attention to these laws. We are often cagey about recognising them given how sensitive crime statistics are to recording and just how awful we have been as a society at recording some crimes, such as sexual violence.

Your mission, should you choose to accept it, is to decide whether you are a critical scholar – everything comes down to its construction – or a social facts kind of scholar – there are basic laws of human society. No, you cannot be both. If there are fundamental rules then all the stuff studied by critical scholars matters but is subordinate to the social facts, or socio-biological facts. That also means accepting that there are some essential qualities to social categories like ‘crime’, however wobbly and contingent any one definition of crime might be.

I am more and more convinced that sociological phenomena like crime obey some basic statistical laws which govern everything else that happens. I suspect that these processes are fundamental to the human condition. They are a basic function of how humans work, and are grounded in the mix of biology, psychology and material essences which make up the human. They shape what we encounter, and our constructions shape how we encounter it. Here we go:

1. Law of concentration. Most crime is committed by a small number of offenders.

2. Proximity rules. Crime takes place when/where it is convenient, and generally harms people who have something in common with the offender.

3. Pesistence of harm. People who are victimised once will often be victimised multiple times (See rule 1).

4. Social specialisation over time. Criminals select for criminal contacts, and their skill/division of labour increases, leading to high lock in over the criminal career.

These laws are demonstrably persistent between jurisdictions, crime types and other variations in the environment. Some of them could be explained by for example the theory of labelling and deviance amplification. The very fact of the social construction of criminal offences works against that. Offences that are ignored by society or deeply mischaracterised still respond to these rules. Now, economics on the other hand …

Another problem with the peformance take on things is it lets some of us off the hook. For example: one position in the debate on sex work takes it that there is something fundamentally dangerous and exploitative about it. The opposing view is that the only dangers emerge due to societal stigmatisation and criminalisation. The only harms are socially constructed ones. That side is also an essential claim, that sex work is just work, but it gets disguised as a critical claim and so gets a free pass on having to prove its case.

Kaplan, Howard B., Steven S. Martin, and Cynthia Robbins. 1982. ‘Application of a General Theory of Deviant Behavior: Self-Derogation and Adolescent Drug Use’. Journal of Health and Social Behavior 23(4):274–94.

The fundamental laws of crime and why I’m not a critical sociologist / Dark matters - Angus Bancroft's teaching and research by blogadmin is licensed under a Creative Commons Attribution CC BY 3.0