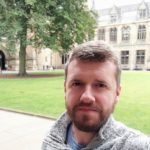 Gary is a PhD Researcher at the School of Education, University of Glasgow. His research focus is on social justice, citizenship and philosophy of education. His practice background is in education and the charity sector, including NSPCC (ChildLine Schools Service).

Gary has previously written about ACEs in an article for TESS magazine. His other academic work includes a critique of character education. He tweets as @PeopleValues and he runs the Curriculum for Equity website.

Nancy Fraser understands justice as “…social arrangements that permit all to participate as peers in social life.” (Fraser in Lovell 2007, p.20)

In short, social justice is about making sure everyone in society is taken care of and included. This means paying close attention to sites of injustice such as power, poverty, gender, race, sexual orientation, disabilities. Using this understanding, a social justice critique of ACEs involves asking whether the ACEs agenda contributes to socio-economic redistribution, recognition, respect and participation. In this blog I explore some thoughts on this, before concluding that the ACEs agenda contributes little to social justice and could potentially be an unhelpful distraction. I finish by suggesting some alternative ways forward.

One of the main criticisms of the ACEs model is that its biomedical focus “might lead to the importance of socioeconomic conditions being overlooked” (Taylor-Robinson et al 2018, see also Edwards et al 2017, Kelly-Irving and Delpierre 2019, Anderson 2019). A recent systematic review of ACEs research conducted by the Glasgow Centre for Population Health (David Walsh et al, forthcoming) found that out of almost 3,000 papers, only 6 attempted to explain ACEs with reference to childhood socio-economic conditions. Arguably, this amounts to a major blind spot in ACEs research.

This is especially concerning given the strongly evidenced impact of social inequalities in child maltreatment studies and ACEs literature. Economic factors have been shown to predict all forms of child maltreatment, with poverty and unemployment being the strongest determinants (Doidge et al. 2017), and ACEs have been shown to be highly correlated with socioeconomic disadvantage (Marryat & Frank 2019). This would suggest that social justice, economic redistribution especially, is essentially ignored in the ACEs model. This is like critiquing global warming without mentioning fossil fuels or deforestation: these issues should be deeply embedded.

An image known as the ‘Pair of ACEs Tree’ has been created in an attempt to address this. While the recognition of this serious shortcoming is welcome, the ‘Pair of ACEs Tree’ is an afterthought and does not resolve the issues outlined above. It risks creating a rather simplistic binary relationship between family and communities, without reference to politics, and it would be difficult to claim that it represents a serious attempt to engage in a critical analysis of power and social justice.

Examining the ACEs discourse beyond academia may reveal whether social justice is part of its underpinning, particularly in relation to rights, recognition and respect. Discourse is a key part of Fraser’s understanding of justice and ‘parity of participation’. The ability to effectively challenge and advocate for social justice depends on the available understandings of complex social issues and ‘interpretative schemas’ that can be used in the expression of justice-related concerns (Fraser in Lovell 2077, Fraser 2012).

The ACEs discourse concentrates largely on relationships, kindness and compassion. This focus could be welcomed if it did not obscure socio-political factors that are anything but kind, compassionate or conducive to healthy relationships, such as poverty, discrimination and other injustices. Many of the causes of trauma and health inequalities in childhood and society are social and political. Kindness, compassion and relationships are all important, of course, but focussing on these issues at the expense of broader factors is a form of obfuscation. While the ‘individualisation of complex social problems’ is a valid critique of the ACEs approach (Edwards et al 2017), there are elements of the ACEs public discourse that I find much more troubling.

The keynote presentations from the ACE-Aware Nation 2018 conference included some disturbing claims about how the ACEs ‘grassroots movement’ should proceed and particularly how it should respond to criticism. One speaker claimed that the ACEs movement is like a stampede and that critics should ‘join the herd or we will trample over you’. Another speaker, again talking about ACEs critics (such as myself, presumably), suggested that the movement should ‘condemn them. Let’s dance on their graves.’ Yet another speaker compared the ACEs movement to the IRA: ‘The IRA would say ‘you might see only one of us, but behind us there are thousands.’ That is what the ACEs movement should be about.’

There are many ways to convey the power of social movements. Talking about Ghandi or the Suffragettes, for example, would surely have been more suitable than comparing followers of this ‘movement’ to mindless beasts or terrorists, using metaphors of violence and aggression. Since that event I have observed many examples of worrying commentary about ACEs on social media and in personal discussions: conflating adversity, trauma and abuse; promoting a distrust of critics and academics; ACEs criticism being dismissed as selfish, egotistical, or even a form of denial; ACEs science being compared to the discovery of gravity, and ACEs being described as the ‘next stage in human evolution’ that will ‘create better people’.

I am in touch with many people who have felt alienated by ACEs discussions or who have even been shunned when telling their personal story if it does not ‘fit’ with the established ACE narrative. Even while writing this blog I have come across other examples in the public domain such a powerful ACEs protagonist discussing the murder of Alesha MacPhail and the death of Jonah Lomu to make ACEs-based claims, seemingly without giving any consideration to the problematic ethics of publicly speculating about the murder of a child, making public diagnoses without the knowledge or expertise to do so, or the racial, post-colonial implications of distant white people criticising the upbringing of a Polynesian man with Maori, Samoan and Tongan links.

While the intentions may be positive, it is difficult to see how rhetoric such as this can competently promote the need for justice-oriented conditions such as respect, participation and recognition of difference. While social justice can involve cultivating anger and indignation, in this instance the anger is directed at the wrong targets. This results in mixed messages coming from a movement that purports to be about childhood, kindness and compassion, while pursuing an evangelical and occasionally aggressive discourse. It appears that the main purpose of these comments is about controlling the narrative while warding off the possibility of further critique. This sets a worrying and unhelpful precedent for dialogue concerning trauma and childhood. Extremely difficult and emotive subject matter such as this needs sensitive discussion. A social justice perspective may help in this regard as it suggests that every voice is deserving of respect, recognition and participation.

Below are some suggestions that could help to bring about some useful, respectful dialogue on the difficult subject of childhood trauma, drawing on social justice:

Edwards, R. et al. (2017) ‘The Problem with ACEs’. submission to the House of Commons Science and Technology Select Committee Inquiry into the evidence-base for early years intervention (EY10039)’. 12 December 2017.