This week has been very productive and I now feel as if I am beginning to progress in narrowing down my list of unfound places. Over the course of the week I have been working through my spreadsheet of place names and acting as a detective to locate them in Scotland. Overall, it has been successful with 324 places correctly identified out of the 500 missing places.

The Process of Finding Places

This OS 1890 map is one of the most detailed maps for all of Scotland containing many settlements that no longer exist in the later versions of this map. So it is the best resource for locating places. However, the 1890 OS map was produced three hundred years after the locations of the accused Scottish witches started to be recorded and so a lot has also changed within this time. 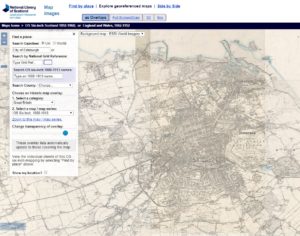 If a suggested place in the search box has similar spelling and Burgh location to what is noted in the Witchcraft Database then I will click on this suggestion and the map to move to this selected area.

Although, as spelling has changed a lot over the years so many of the places are not easily found using this search gazetteer. So I have needed to think out of the box with changing the spelling of places and searching using other sources such as the Gazetteer of Scotland for alternative spellings.

Failing a change in spelling working, I have then been searching for the parish location and manually searching the surrounding area in search for a similar settlement name.  These techniques tended to be successful in finding the different residence settlements for many of the accused witches recorded in the database. 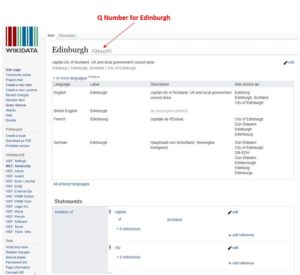 Figure 2: Screenshot of Wikidata Edinburgh page highlighting the Q number for the city which is then recorded into the spreadsheet (Wikidata, 2019).

Many of the locations are yet to have a Wikidata entry and so these can be manually added to Wikidata in a few minutes. All that is needed is the name of the place, a description of the settlement and the coordinate values which can be copied from the OS map and added to Wikidata.

I have followed this process for all of the unknown places along with using some other websites and books for any extra hints for finding locations. This process has resulted in 324 places being found. However, there is 139 places that I cannot locate in Scotland and another 37 places that I am not 100% sure on my findings. So these places are going to need some extra work for the next week to be located. 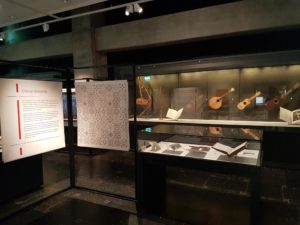 Figure 3: Photo taken from inside the Conectando exhibition (McAndrew, 2019)

Aside from my main task this week of finding locations, I also got to take part in the Conectando Edit-Thon event which was a nice break from the place finding. The event firstly involved a tour of the Conectando exhibition at the University of Edinburgh’s main library. The exhibition was celebrating the centenary of the university teaching Spanish as a degree subject with different books, letters and paintings from over this period. After this there was another editing event where everyone added different Spanish or Portuguese pages to Wikipedia from artwork, instruments to important people that studied Spanish at Edinburgh.

I tried to practice my Wikidata SPARQL queries at this event by creating queries related to people that studied Spanish at the university. Although, I found it difficult to find results for many of my queries due to a lack of data being added onto Wikidata related to subjects that people studied. But if I find any spare time it would be nice to go back and add to these.

Next week I am going to work on locating the final 176 places of witches’ residence using some more advanced investigation steps which will hopefully be more successful.

Week 3 – Time Travel through Scotland in Search of the Missing Locations / Witchfinder General - Data Visualisation Internship by blogadmin is licensed under a Creative Commons Attribution CC BY 3.0