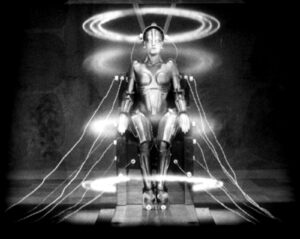 Away from formal debates around the roles and relationships of science and religion, there has been a thriving exploration of such relationships in literary contexts. This panel event brings together three authors, Christopher Southgate, Richard Holloway and Jaime Wright, whose work has touched on these themes to offer their own reflections on uses of science and religion in literature. The discussion will be led by Michael Fuller.

Christopher Southgate has taught at the University of Exeter since 1993. His main fields of study are the science-religion debate, ecotheology and environmental ethics. He is also the author of eight collections of poetry, the most recent being ‘Rain Falling by the River’ (Canterbury, 2017) and ‘Chasing the Raven‘ (Shoestring, 2016). Chris co-edited the regional poetry magazine Otter from 1989-96. He has also edited the journal Reviews in Science and Religion, and the important textbook on the science-religion debate God, Humanity and the Cosmos. From 2017-21 he was Project Director for a major new project in the practical theology of trauma, and between 2018-20 Chris was also Principal Investigator on a scientific project entitled ‘Cooperation and interpretation in the emergence of life’. He has published a verse biography of T.S. Eliot, and has also written on Gerard Manley Hopkins and R.S. Thomas.

Richard Holloway was Bishop of Edinburgh and Primus of the Scottish Episcopal Church. A former Gresham Professor of Divinity and Chairman of the Joint Board of the Scottish Arts Council and Scottish Screen, he is a fellow of the Royal Society of Edinburgh. His books include On Forgiveness, Looking in the Distance, Godless Morality, Doubts and Loves, Between the Monster and the Saint and Leaving Alexandria, which won the PEN/Ackerley Prize 2013 and was shortlisted for the Orwell Prize 2013. His latest book, The Heart of Things: and Anthology of Memory and Lament, was published by Canongate in November.

Jaime Wright completed her PhD at Edinburgh University with research focussing on the intersection of science, religion, and literature. Her recent publications include In the Beginning: The Role of Myth in Relating Religion, Brain Science, and Mental Well-Being (Zygon, 2018), Consuming Westworld: Facilitating the Robotics and AI Discussion through Science Fiction (in Theology and Westworld, 2020), Making Space for the Methodological Mosaic: The Future of the Field of Science-and-Religion (Zygon, 2020), and a forthcoming chapter Can Religion Save the Planet? Looking for Hope within the Eco-Religions of Climate Fiction (Science and Religion in Western Religion, forthcoming). She is an ordained minister in the Scottish Episcopal Church and works for Old Saint Paul’s Church in Edinburgh city centre.

Michael Fuller originally studied chemistry, taking a doctorate for work in the field of synthetic organic chemistry, before studying theology, and being ordained. He spent time in parish ministry, and in training candidates for ministry in the Scottish Episcopal Church, joining the Science and Religion team at New College in 2014. He has published widely in this area, writing a book, journal articles and book chapters, and editing a number of volumes. In addition to work in the field of science and religion he has a long-standing interest in exploring theological themes in literature, and in music and he is a regular contributor to The Wagner Journal.