Revd Dr Harriet Harris, University of Edinburgh Chaplain, will explore the complex and surprising relationship between religion, comedy and literature, and discuss Miles’s publications including his new novel History (2021). 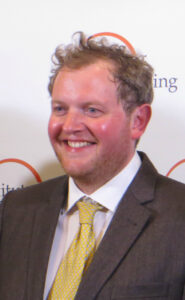 Miles Jupp is an English actor, comedian and writer. Miles played the character of Basil in The Durrells series (ITV). Most recently he filmed parts in A Sex Education (Netflix), Grantchester (ITV), and the film The Silent Twins (dir. Agnieszka Smoczynska). In 2021 he published his debut novel History.

Miles is a graduate of the University of Edinburgh where he studied Theology at the School of Divinity. During his time here he performed with the Improverts, long-standing improvised comedy group and took part in other productions at the Bedlam Theatre.

He began his career as a stand-up comedian, before playing the role of the inventor Archie in the British children’s television series Balamory. He has also appeared on comedy panel shows, played John Duggan in The Thick of It and Nigel in the sitcom Rev. In September 2015, Jupp replaced Sandi Toksvig as the host of The News Quiz on BBC Radio 4.

Find out a little more about Miles here 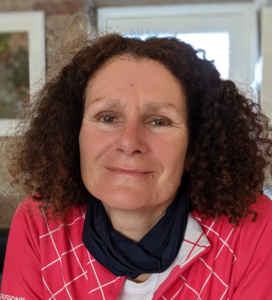 She continues to write, teach and supervise research, and currently works on the fostering of healthy educational cultures. She is Convenor of the Doctrine Committee of the Scottish Episcopal Church, an Associate Fellow of the Clinical Educator Programme, Honorary Fellow of the School of Divinity, and a Fellow of the RSA. She gives compassion training within NHS Education Scotland, the Scottish Government, and the University, and is a Trainer with Student Minds and a coach with One of Many™, the UK’s largest network of women leaders. Harriet was awarded an MBE in 2017 for Services to Multi-Faith Education and Community Cohesion.