A festival of literature, religion and the imagination

Winter Tales in the News 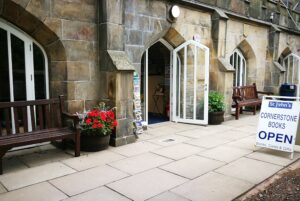 In the heart of Edinburgh there is a bookshop that is independent, ecumenical and inclusive. We provide spiritual, pastoral and theological resources for people throughout Scotland and beyond. We also stock a wide range of secular titles, cards, gifts and church supplies that are available from our Bookshop. A curated selection of our stock can be purchased from our online Book Store. Cornerstone has a welcoming atmosphere with space to browse in peaceful surroundings and is run by dedicated staff who aim to provide a friendly and knowledgeable service.

New books come into the shop every day. Please visit or contact us to find out about the large variety of titles we have in stock. We can also order books for you and are happy to post items if you cannot get to us to pick up your order. 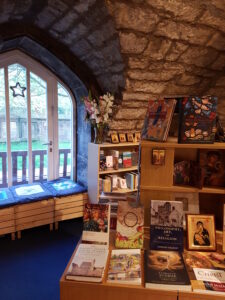 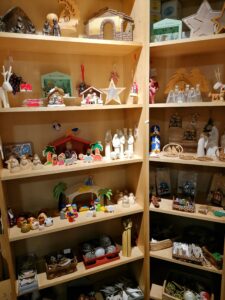 If you know us already we hope you will come back and see us soon. If you haven’t yet visited us, we look forward to welcoming you to Cornerstone. 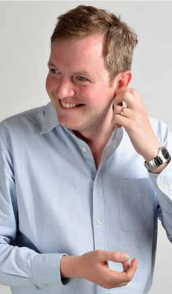 Miles Jupp is one of our own, and whilst it’s easy to read a lot about his career, we thought you might like to know a bit about his early adult life which was started here at New College.

Jupp, the son of a minister in the United Reformed Church, was born on 8 September 1979 in Newcastle upon Tyne and spent most of his childhood in London. Miles’ father, Rev Dr Peter Jupp, is also an Honorary Fellow at New College.

“I suppose I viewed my Divinity course as a sort of wide-ranging arts degree. It was a subject I was interested in. I don’t think I was ever a real trainee chaplain”

He claims that he only ended up studying for his divinity degree at Edinburgh by accident.

“I stupidly got it into my head that I’d study classics and be recruited to be a spy but I went backpacking in Israel in my gap year and was taken on a tour around Jerusalem by this chap who would perform the gospels. People would throw stones at him but I found it really interesting so I changed to divinity”.

“There was such a good atmosphere at New College and a real mix of people,” he recalls. “There were lots of mature students too who’d actually done a bit of real living and lots of people from overseas. I liked that. “I made some really good and close friends at New College who I still see a lot of. We went out for dinner recently and it was just like being in Rainy Hall. We just sat there being rude about each other and laughing. Wonderful”.

“I met my wife in Edinburgh too. That was the best and most life changing aspect of the whole thing.” Miles now has five children with wife Rachel

“I was in some plays at school and I got a real kick out of it. Because my father is a clergyman  – public performance wasn’t too intimidating a prospect. Dad’s performing is obviously rather less ego-driven than mine.”

During his time at university, Miles performed with improvised comedy troupe the Improverts, and took part in pantomime productions with the Edinburgh University Theatre Company at Bedlam Theatre.

The upper-class stage persona is an exaggeration but only slightly. His father had a church in Finchley Road, and Miles went to the Hall School in Hampstead, then St George’s Prep School in Windsor and Oakham School in Rutland. Religion, he concedes, seems to have followed him.

Miles’ real love is cricket. One of his past live shows is the story of his attempt to bluff his way around India as a reporter. Amazingly he got away with it, ending up sharing drinks with the likes of David Gower, Ian Botham and his hero Mike Atherton. In fact, if the comedy work had not picked up he would have liked to have pursued it more seriously.

Miles’ debut novel was released on 19th August. History tells the story of Clive Hapgood, a disillusioned teacher whose life at home and at work begin to unravel.

We look forward to welcoming Miles back to New College.