As a large part of my project involves data analysis and statistics, I was invited to apply for the courses from the Academy of PhD Training in Statistics. These week-long residential courses offer graduate-level training in many areas of statistical research. They also gave me the chance to travel to four different universities across the UK, and make new friends from all over the world.

Week one was at the University of Cambridge, just before the Christmas of my first year. Despite horrifying accommodation in Churchill College (seriously, the shower looked like something out of a prison), this was a fun week at the Isaac Newton Institute, covering statistical inference and computing. These modules were mostly laying the groundwork for more specialised topics in subsequent courses, but we touched on some more advanced concepts (particularly in the computing module, where the lecturer moved into functional programming toward the end).

This was my first experience with APTS, and they coordinate with a local student team to provide social events. We enjoyed a wine reception with the organisers on the first night, and a pub quiz the second (alas, my team were nowhere close to winning). We were also given a free afternoon to explore the town (unfortunately, I was unwell that week, so I spent most of that afternoon sleeping). The highlight though was the academy dinner – a formal meal at St John’s College. St John’s is one of the wealthiest and most famous colleges at the university, and the dinner was a big step up from the rest of the week. It included a main course of roast guinea fowl, and after dinner chocolates stamped with the college crest. Walking back through the grounds at night was quite an experience. 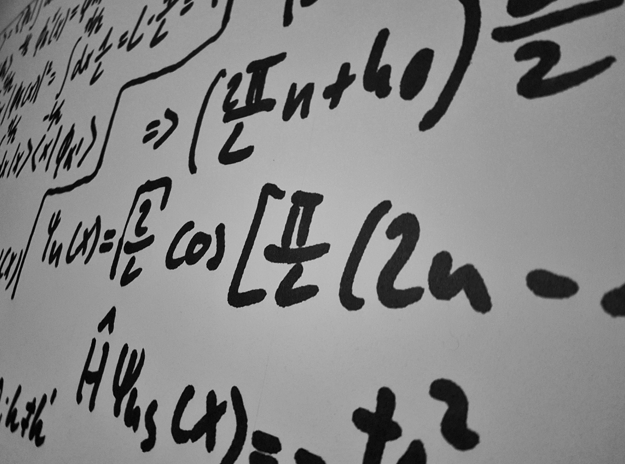 On the final evening I had booked a hotel in Cambridge, as my girlfriend was coming to meet me before we went for an early Christmas dinner with my family. The hotel had quite possibly the coolest wallpaper I’ve ever seen (pictured above – bonus points if you know what those equations are!). We spent the following afternoon wandering through town, and stopped by the Fitzwilliam museum. My girlfriend was looking at a master’s programme in Cambridge at the time, so by asking the door staff nicely, we were even allowed to look around a few of the colleges. The ones in town were cream and honey coloured stone, and a dramatic step up from the brutalist architecture of Churchill college.

Week two was at the University of Southampton, five months later. This is the course I referred to in my previous post – it was something of a blur, as I had just returned from Washington and was incredibly jetlagged. I didn’t even bother going back to Edinburgh – I stayed with my family for the weekend, just outside London. I almost fell asleep during lectures halfway through the first day, much to the amusement of the friend sat next to me.

That week we covered Martingales and statistical modelling. The martingale module was very interesting (although not very relevant to my research). They’re related to a gambling system where you double the size of your bet with each loss, to ensure a profit when you eventually win. In theory, this system ensures you always turn a profit, but in practice you tend to run out of money long before then…

We had another wine reception and pub quiz that week. The drinks evening was good fun, but I skipped the pub quiz this time to go and meet an old friend who has moved to Southampton. It had been ages since I last saw him, so we spent a few hours in the pub catching up. I took the free afternoon the next day to go for a run through town, and ended up at the waterfront. It may be hard to believe from this photo, but Southampton was the least aesthetically pleasing place I went to with APTS.

We had another academy dinner that week, with even some of the lecturers joining us for a night out at the Student Union afterwards. Then, after one last morning of lectures, it was time to head back to Edinburgh. The friend I met on the Tuesday has a car, so he picked me up and we went for lunch before he dropped me at the airport.

These two weeks were fun, but I count the third and fourth weeks at Durham and Oxford as among the best times I have had as a PhD student so far. So much, that I have split them into their own post. For now, enjoy the festive season and check back in the New Year for part two!

(P.S. The equations from the photo are quantum wavefunctions, if you were wondering.)

(Statistically) Significant Travel (Part I)… / Student Stories by blogadmin is licensed under a Creative Commons Attribution CC BY 3.0