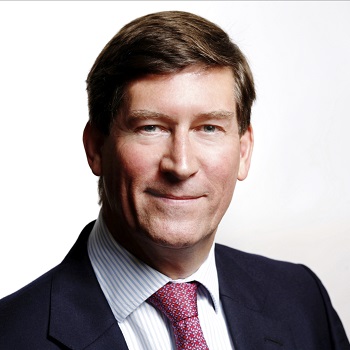 Professor David Webb is Christison Professor of Therapeutics and Clinical Pharmacology. He is based in the Centre for Cardiovascular Science at the University of Edinburgh and is also Lead for Hypertension and Renal Theme (HART) at QMRI and for the Lothian ESC Hypertension Excellence Centre.

Professor Webb works in the field of hypertension and kidney disease. His research on blood pressure, arterial stiffness and endothelial function has contributed to the development of renin inhibitors, phosphodiesterase inhibitors and endothelin antagonists as new medicines for the treatment of heart disease.

On October 10 2020, Professor Webb was awarded Commander of the British Empire (CBE) in the Queen’s Birthday Honours, for services to Clinical Pharmacology Research and Education. We spoke to Professor Webb about receiving the award and his career to date.

“I was personally delighted to be awarded a CBE in the 2020 Queen’s Birthday Honours and also that my award recognised my ‘services to Clinical Pharmacology Research and Education’, which is where I have centred my medical career, and which I think remains one of the most rewarding medical disciplines” says Professor Webb.

In his 30 years based in Edinburgh, Professor Webb has made a huge impact, not only in the fields of cardiovascular medicine and clinical pharmacology, but also wider clinical research.

“I have had the pleasure of living in a wonderful city and collaborating with a a fantastic set of trainees, colleagues and collaborators in cardiovascular medicine and clinical pharmacology.

Discussing his recent royal recognition, Professor Webb is extremely keen to acknowledge the contributions of colleagues to the success of the work he has led and collaborated on.

“I have had the pleasure of seeing some of my trainees become research leaders in their disciplines within the University. These include Dr Bean Dhaun, Professor James Dear, Professor Michael Eddleston and Professor David Newby” says Professor Webb.

“I have also worked with Professor Simon Maxwell and others to establish a Hypertension Excellence Centre in Edinburgh and also, with Simon as clinical pharmacology lead, to create the Prescribing Safety Assessment, an examination now taken by all 8000+ UK medical students before graduation, and which they must pass for career progression,” he explains.

The establishment of the PSA with Professor Maxwell was accompanied by both professors lobbying the General Medical Council and persuading them to increase the undergraduate medical focus on prescribing skills and in doing so, improving patient safety.

“Beyond Edinburgh, I have been involved in regulating medicines through work as a non-executive director (and Deputy Chair) of the MHRA (the UK regulator for drugs and devices) and as Chair of the Scottish Medicines Consortium. I have also held the Presidency of the British Pharmacological Society and will be President of the World Congress of Pharmacology in 2022.”

Wishing many congratulations to Professor Webb on his recognition in the 2020 Queen’s Birthday Honours.

Find out more about Prof Webb’s research in CVS

Leading cardiovascular researcher, physician and pharmacologist awarded CBE / SCOPE by blogadmin is licensed under a Creative Commons Attribution CC BY 3.0