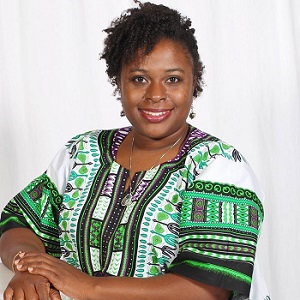 I have only been in the UK for a little over a year, and one thing that has become abundantly clear is that there needs to be an increased focus and understanding of the impact of racism on the conditions of Black, Asian, and Minority ethnic groups.

Most people are very comfortable addressing issues concerning the disadvantages created through poverty and what that means for upward mobility. But what about the minorities who have checked all of the boxes for educational attainment and employment? Previous studies have shown that after controlling for socioeconomic status, ethnic minorities suffer from more comorbidities than their white counterparts.

In the United States, the research is well established around the impact of racism on health outcomes, with various states naming racism as a Public Health concern. The experience of racism and discrimination is more than a simple annoyance or an inconvenience.

Experiencing racism, whether overt or covert, has significant implications on health outcomes for ethnic minorities. As research by David Williams has shown through his Everyday Discrimination scale, the experience of discrimination can cause an increased risk of hypertension and poor mental health.

Arline Geronimus created the term “weathering” to describe the process for which ethnic minorities experiencing racism and discrimination lead to high-stress levels, which damage organs and cause accelerated ageing. As a result, ethnic minorities suffer from comorbidities at a much younger age than their white counterparts. For example, Type 2 diabetes usually occurs in populations over 40, but in Southeast Asians and African Caribbean populations, this appears after 25 years of age.

A couple of weeks ago, I presented a paper outlining the relationship between structural racism and poor health. Current structures throughout the UK have relegated ethnic minorities to the more deprived area and created challenges for them to have equal access to quality health care and education. According to the Office of National Statistics, Black African (20%) and Arab (17%) groups had the lowest rate of home-ownership compared to white British (63%) populations. In the US, “redlining” has left Black family’s homes uninsured and limited federal funding in Black neighbourhoods by labelling them as risky areas.

While the UK has not had the history of redlining like the US, there have been reports of discriminatory practices in the UK dating back to over 60 years. According to the Politics and Policy Racial Discrimination report Black, Asian, and Minority ethnic groups were more likely to wait longer for a housing offer, to be offered poor quality homes and flats rather than houses. The report also states that “housing officers were seen to be steering BAME applicants away from white neighbourhoods based on judgements about social class as well as racial grounds.” For many minorities from America, this is a well-known tactic to maintain the property value and predominantly white spaces.

The impact of racism must be addressed in the UK

Previous studies have demonstrated that where we live can be a clear marker for life-expectancy and opportunities. In the UK, ethnic minorities are over-represented in overcrowded or deprived areas, and these conditions are linked to higher COVID-19 incidence and death. As researchers continue to investigate the factors that have contributed to the disproportionate number of deaths among ethnic minorities in the UK, the impact of racism must be addressed. The predominate trend in current research analysing COVID-19 mortality by ethnicity and race, presupposes a cultural deficient and higher risk behaviours of groups rather than exploring the sociologically obvious fact that UK society is structurally and culturally racist.

The insistence that the UK be framed as an egalitarian society where racism does not, can not, and should not, explain health disparities forces Black researchers to dismiss obvious trends in data as anomalies and contrary to fact.

Dr. Gwenetta D. Curry is a Lecturer of Race, Ethnicity, and Health at the University of Edinburgh. Her research interests are Racial & Ethnic Health Disparities, Critical Race Theory, & Black Family Studies. Her present research analyses racial disparities in treatment and infection rates of Covid-19. She coauthored UNCOVERed’s “What is the Evidence on Ethnic Variation on Covid-19 Incidence and Outcomes,” and “Sharpening the global focus on ethnicity and in the time of COVID-19.”

But they said we wouldn’t find it here: Racism, discrimination and Covid-19 / SCOPE by blogadmin is licensed under a Creative Commons Attribution CC BY 3.0

3 thoughts on “But they said we wouldn’t find it here: Racism, discrimination and Covid-19”