Sprint 2-The presentation of art

Art is becoming a zone of freedom to present, ungraspably complex and diverse. The variety of contemporary forms, techniques, and subject-matter in art is indeed bewildering. Nowadays, opening educational resources is giving knowledge for free, reveals the potential implications which approach to an altruistic motivation. The adaptions and remixes can function as forms of feedback, the more people share, remix and repurpose, the more useful materials could become. How knowledge is constructed through forms of social interaction, we are learned by doing during this process.

The workshop contains buttons made of wood, devices made of iron buckets and flags, houses made of wood, and the garden made of mud. The collection of tools that used to ‘do’ works of art reflects interdisciplinary of realm, using tools to express concepts is the main technique of contemporary art. It can be any material even sketches. To give my point of view, the instructions expressed a scenario of alien war, our group came up with the idea of using buttons one to three to create a series of instructions, such as the Morse code during the period of war. There are also flags of different colors representing armies, thus giving a background of war. Later made of wood homes, and clay giants, and a child made of wood bows and arrows as weapons and other tools are used to pave the way for a scenario of ‘war’. (Figure 1,2,3)

The shift was prepared for by postmodern critique which in a complex series of theoretical moves, and art world has taken up the politically liberal aspect of this rhetoric. 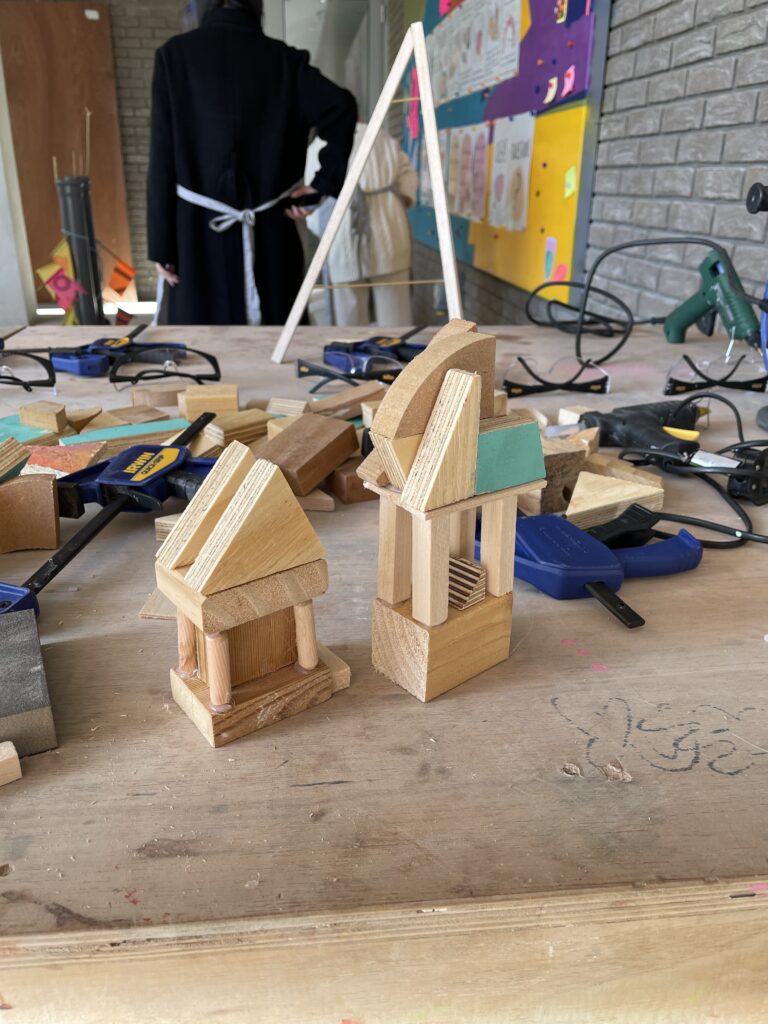 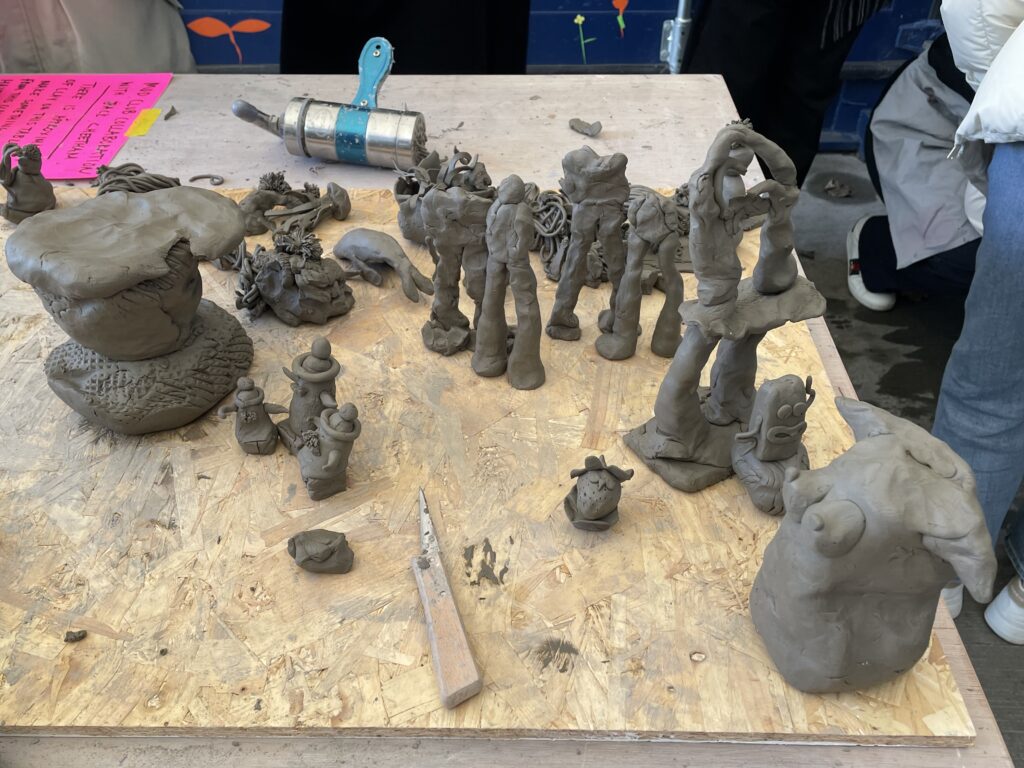 Furthermore, the Colombian artists Doris Salcedo, she worked on sculptures and installations who open up a deep and poignant space for mourning, focusing on the human suffering caused by war and violence over the past thirty years as a political and spiritual reflection. War has brought pain and war has brought inspiring works of art, thus if one day there is no conflict in the world, is there less art engagement to insist or alive? 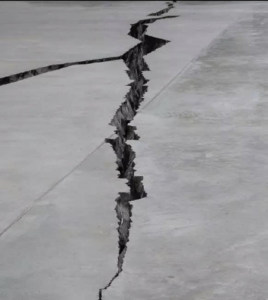 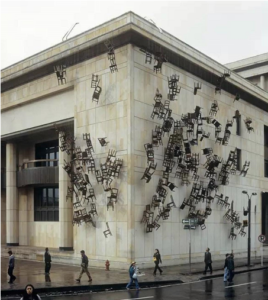 Based on Experience and Reflection, how to engage in artworks by using toolkit. To give my point of view, it is vital that a moving motive from interaction to influence, correlates big thinking such as geography, physics, politics, environment. Art is an expressive and visual discipline therefore an ideal way to bring for example physics to live, physics is about understanding the behaviour of the world around us, it has a string link to global problems and has a huge impact on a wide range of society. I went to the exhibition of physical artwork last week, it brings more influence that to get familiar with our physical world. The below image shown the Bijels, acronym for bicontinuous interfacially Jammed emulsion, three dimension materials consisting of two intertwining liquid stabilized by a layer of micron-sized particles at their interface. Also, to attend the lecture next week as Hathaway shows, the world-making capacities of mushroom radically challenge is orthodoxy by revealing the lively dynamism of all forms of like. From a geographical perspective, to see today’s mushroom renaissance in compelling new directions. 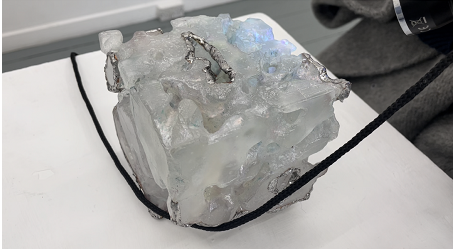 Sprint 2-The presentation of art / Tianai Zhang / Contemporary Art & Open Learning (2022-2023)[SEM1] by blogadmin is licensed under a Creative Commons Attribution CC BY 3.0