“Embodied knowledge, while often denigrated and disavowed within the modern colonial episteme, confirms that Western scientistic validity comprises only one kind of knowing. Manifest through poetics, aesthetics, and other bodily attunements, sensuous knowledges open to alternative modes of relation. […] A sensory, embodied, affective, and imaginative relation to the world opens to a different kind of ethics and politics.

I agree with Mannis that “perceptual knowledge is open to other modes of relationship”. The world is inherently made up of different substances, and the eye, as the window to the mind, is the most basic and straightforward way of perceiving everything in the world, but this does not mean that other senses are not important. The world needs to be explored with different sensory systems, but I think that if we use one sense to experience something, one experience, it may feel different. But in fact I don’t think there is a single way of perceiving the senses, whether in Félix González-Torres’ Untitled or in Derek Greenberg’s Blue, we can experience a synthesis of the senses. I think that the visuals only play a supplementary role in guiding the viewer to an integrated experience of things. The artist needs to find a more vivid way for the viewer to find a way to connect with the work and feel what the artist is feeling, and Félix González-Torres has chosen to involve the viewer in the interaction of the installation, allowing the viewer to participate in his life in a different way. Blue is even more interesting in that it is also an expression of the artist’s emotions, but the viewer can choose a different space and medium to influence the sensory experience, which goes beyond the visual but does not abandon it.

How to create momentum through visuals that serve to transcend the visual, I am reminded of the work of my teacher during my undergraduate years – Jing Tan’s ‘The Disappearance of the Spiral Fairy’ 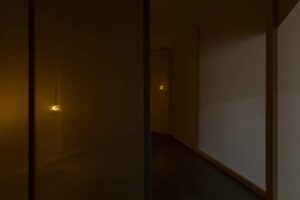 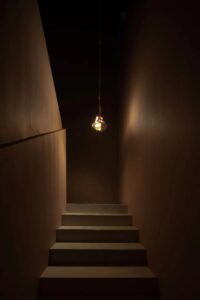 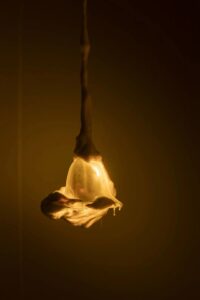 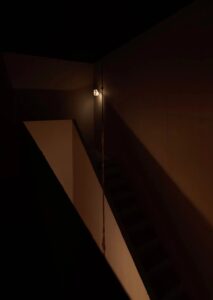 As the viewer gropes his way through the narrow corridors formed by layers of thin, translucent walls, following the yellow lights and faint sounds, he may be reminded of the legendary lucky farmer. The story goes that when this solitary farmer returned from his work one day, he found a faint light on in his house from afar, and when he entered the house, he found the food already cooked on the stove, but no one was in sight. After repeating this scenario several times, the farmer finally discovered that a snail he had accidentally found was actually a snail fairy, disguised as a beautiful snail girl, who was secretly helping him with his household chores. Similar folklore is found in several regions of coastal China, and the Japanese story of the ‘fairy crane returning the favour’ is also very similar. In some versions, the snail fairy leaves her home (the shell of a field snail) and comes to the home of a human to stabilise from her wandering life and become a docile human wife. In other versions, the snail fairy eventually insists on leaving, coming only to reward the human race for its hard work and simplicity.

But in either version, the narrative is told from the point of view of the human farmer, and if we bring in the identity of the snail fairy, we find two trembling actions – the release from the shell and the deformation of the body, both of which seem to contain a great sense of pain. In the Chinese cultural context, the binding of women to family responsibilities is more obvious, or rather, the conflict between family responsibilities and the female self is more obvious. The female contribution to the family is completely ignored on the one hand (as in the case of the as-yet-unseen Tianluo girl) and stereotypically depicted as a ‘sacrifice’ on the other (as in the case of the snail fairy’s abandonment of her immortal identity), and it is clear that we need more independent, happy images of wives and mothers.

In Ms Tan’s installation, the viewer is immersed in the overlapping of sound, light and shadow, and at the end of the exhibition, Ms Tan invites the viewer to write together about the ending of the snail fairy and to experience the flow of folklore texts, as well as being told how the power of gender acts on the narrative of the story itself, and then attempts to deconstruct this power relationship and complete the rewriting of the story from her own standpoint. There is a lot of visual content in this work, but Ms Tan uses the visual and auditory senses as a medium to create scenes from folk culture, allowing the viewer to immerse themselves in them and use their higher senses to enter the atmosphere of the exhibit, perhaps this falls under the category of immersive art? The open ending also allows the viewer to create and think for themselves. If they think about an object or a theory from a different perspective, will they come up with a completely different result? I think this kind of multi-sensory immersive experience is very necessary and should be considered more by contemporary galleries, because I think the purpose of a gallery today is not just to preach, but to provoke thought, which is difficult to achieve from a visual perspective alone.

During my experience at Calton Hill, I could hear the wind, the swaying of the leaves, the sound of people’s footsteps and conversations, the chirping of birds and the sound of the grass being trampled. I couldn’t help but think of Ms. Tan’s Spiral Fairy as I felt the sounds of Calton Hill with all my heart. Are we the invaders? Are we colonisers? Generally speaking anthropocentrism is implanted in everyone’s mind. I’m reminded of a book I once read – ‘Stupid Borders’ from Ruben Martin de Lucas, who devoted himself to the study of the relationship between people, territories and the planet. 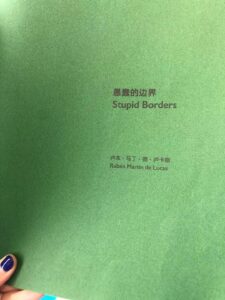 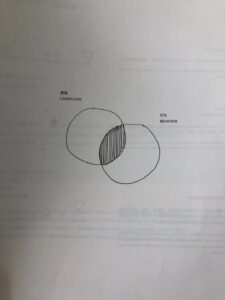 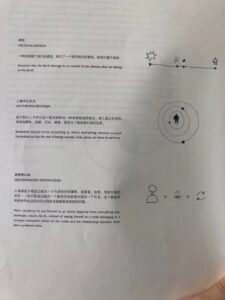 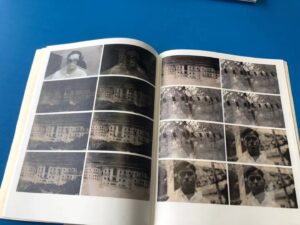 I also learned about the idea of colonialism in artistic creation and research in the reading of classroom literature.

Would it be acceptable for us, as colonists, to go to Calton Hill and ‘invade’, to stand on Calton Hill and feel everything? Would it make a difference to Calton Hill if we did? Would Carlton Hill feel differently to us, as a part of the Earth, than we do? So we have recorded the voices we can hear from the perspectives of both Calton Hill and ourselves, in order to explore how we can measure the symbiotic relationship between humans and nature, and to reflect on how we can achieve a state of non-aggression and mutually beneficial coexistence. 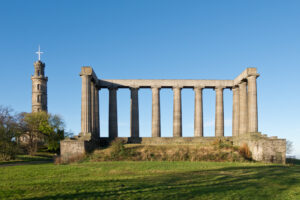 Reflective Analysis – Beyond Vision / Tianxing Peng / Themes in Contemporary Art (2022-2023)[SEM1] by blogadmin is licensed under a Creative Commons Attribution CC BY 3.0

7 thoughts on “Reflective Analysis – Beyond Vision”