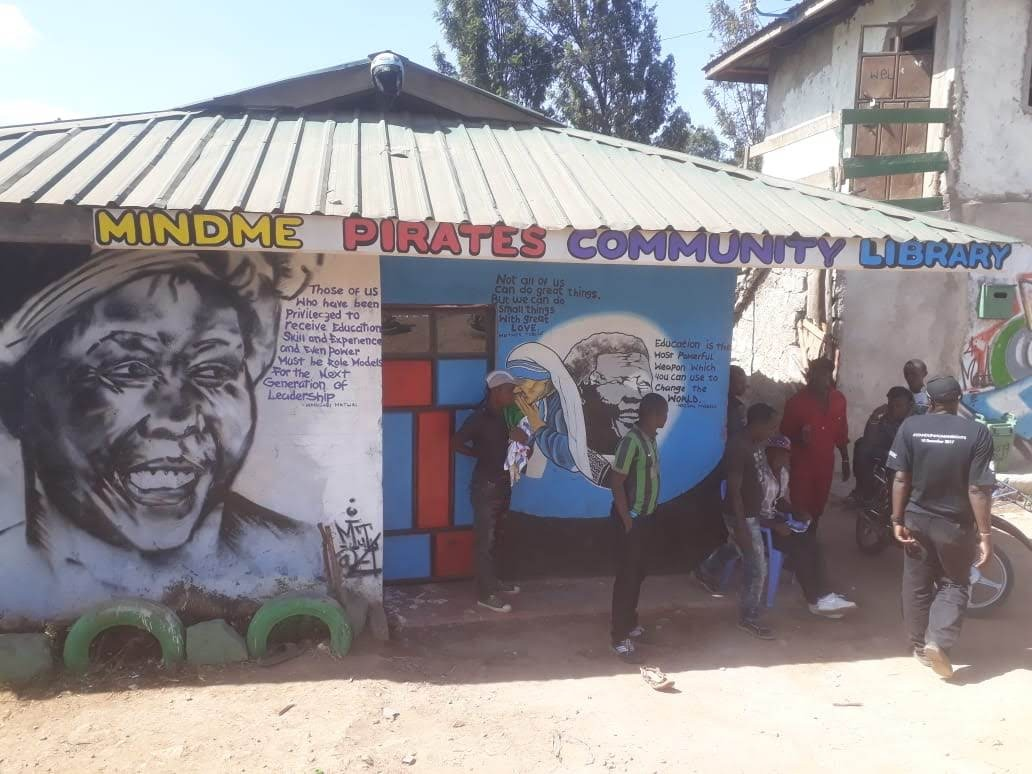 During the first days of the curfew, police were seen on television arresting people on the streets who were still attempting to get home after the deadline due to a lack of public transport. Those who were arrested were whipped and kicked before being herded together in police vehicles, disregarding social distance directives that the government had started encouraging. Similar accounts from many parts of the country were reported by the media and, following criticism by the public, President Kenyatta apologised on 30 March about police use of force.

Police brutality took centre stage in the political drama that surrounded Covid-19. Weeks later, when President Kenyatta banned movement to and from Counties with high levels of Covid-19 infections, the stream of WhatsApp memes that followed did not focus on the President’s words but satirised the possible police response.

Criticising and mocking the police, however, is not necessarily the same as rejecting them. The public response to the police in Kenya has been more nuanced. Since the number of Covid-19 positive cases started increasing, some members of the public have been calling for stricter enforcement of the curfew laws including lockdowns. While these are not requests for harsher policing, it nevertheless signals that the public wants to see the state’s authority to maintain law and order. Essentially, the public wants the government to work and be seen to be doing something that bolsters their sense of security in these uncertain times. Some stories from the early days of the curfew fulfilled these desires: there were instances, for example, when police officers helped residents to get home safely despite being caught outside at night. In other words, the police have been, on some occasions, the face of a kinder state; a state that works with its citizens to make them feel more secure. Many of those who are on the political and economic margins of Kenya, however, rarely see this face of the state. The reason for that is not due to a ‘few bad apples’ but rather some of the bigger structural factors that drive police behaviour.

First, police violence is a spectacle of power that the state can use to its advantage. It is notable that during their interventions, the police did not seek to hide their excesses. On the contrary, they actively sought visibility, committing abuses in front of the media. Through these acts of public violence, the police were marking out state order; rulers and subjects. Although some state officials may strongly object to such violence, these dramatic enactments of crime and punishment remain a key part of the state’s effort to create and maintain social order.

Second, the institutional culture of the police also encourages individual officials to push the bounds of discretion that they have been given. All too often, the police start to see themselves as mini sovereigns, with the authority to punish behaviours they oppose, regardless of whether or not these behaviours are illegal. In Mombasa County, for example, security forces were captured on film teargassing people who were attempting to board the Likoni ferry and get home two hours before the curfew started. This intervention triggered a great deal of public anger, as the police were using excessive force against those who had broken no law. Similarly, the public has objected to WhatsApp videos of the police whipping truck drivers who had been authorised to operate at night since they were categorised as essential workers.

In some cases, public resistance can be substantial enough to push for some accountability. In the last month, for example, the state relented to public pressure and disciplined some of its officers for excessive violence in the policing of the Covid-19 curfew. To date, however, this accountability has been limited both in terms of the number of officers involved and the punishments given.

Third, the police are also benefitting financially from their abuse of power. According to some residents of Mathare, an informal settlement in Nairobi, police bribes have increased to sometimes up to Kshs 20,000 ($200) since the quarantine regulations started being enforced. Those found guilty of contravening the Public Order Act are liable to a fine not exceeding Sh10,000 ($100) or to imprisonment for a term not exceeding three months, or to both. The police have a discretion to issue the fines to those arrested. The Public Health Act also provides that the state can hold people in isolation and provide for fines. Those taken to isolation centres are supposed to cover their daily costs which at the government centres is Kshs 2000 ($20) per day and for 14 days totals Ksh 28000 ($280). The argument then is that the Kshs 20,000 ($200) bribe is cheaper than being taken to the 14-day compulsory quarantine. With courts only taking up few cases, many of the arrests are being handled at the police station with no judicial oversight and this has in turn provided police with avenues of unfairly detaining people. As aptly captured by one of the Mathare residents, “we are wearing masks not because we fear corona but the police.”

Since the first positive case of Covid-19 was reported in Kenya on 13 March 2020, this public health crisis has been framed as a national security issue, with security services taking a leading role. Police brutality was not born during the corona crisis – it has long colonial roots – but the framing of this crisis as a security issue has encouraged the police to see people (not the virus) as the enemy. It has expanded the space for police action and police abuse.  If we look at who is being targeted by this abuse, why, and with what consequences, we see how the Covid-19 interventions in Kenya weave into wider themes of power and resistance, inequality and injustice.

Patrick Mutahi is a PhD student at University of Edinburgh and Research Fellow, Centre for Human Rights and Policy Studies.