As part of the University of Edinburgh’s Festival of Creative Learning myself, Stewart Cromar and Marcello Crolla decided to host a Hackathon on chatbots. The premise of the hackathon wasn’t to delve into the technology and build a new skynet. It was too try and make the technology more accessible by removing the technology and discussing the core aspect of any chatbot (or automated tool that presents information to end users) which is the response/text/chat and how this is structured (or in some cases not structured hence bad user experiences).

24 booked and 14 brave souls ventured into the hacking arena to partake in the Hacking Games 2019 (any sponsors for the 2020 event please contact me). Luckily the audience mix was varied with UG, PG, Masters, PHD, teaching assistants and staff attending. We worked in groups of 4-5 and had 3 hours to convince the attendees that this was the best Hackathon they had ever attended (without hacking code, writing code, creating a robot or breaking the rules of nature).

After a quick presentation on chatbots which included some examples we asked the users to think of scenarios when  they would want to access or be prompted for information. We used the prompt  ‘As a user I want to……. ’ to try and stimulate ideas. We emphasised this was blue sky and dont think to hard about the technology aspect as this can be a creative hurdle. 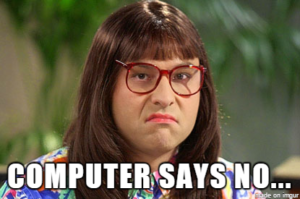 This changed the session dynamic from thinking laterally to truly creative with ideas bouncing around including electronic shocks for attendees who miss group meetings, personal assistants for courses advising on deadlines, subjects and timetables, finding key points in lectures recording etc.

With these scenarios the groups were asked to design and create a bot concept which included a purpose, brief description, name and personality. 10 minutes later we had Rosetta, A+ and EdWord bot (we do love using Ed in everything).  Interestingly 2 of the 3 concepts were similar to virtual assistants which the groups thought could help students (lecture notes, important readings, office hours, task reminders including deadlines, creating a schedule, subject explanations)  and teachers (augmenting the academics and not replacing them). The remaining group focused on searching published papers or course contents as they had identified an issue with the vast quantities of information and how difficult it can be to find anything. 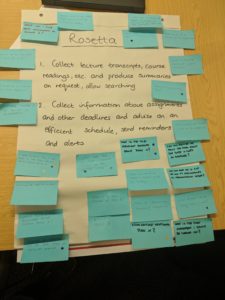 The next step was to think about the questions that users would ask the groups bot (the image above is just one group, they were all awesome!). This would allow them to start to expand the bot concept and start to think about the conversations their nbot would be able to facilitate. A rainbow of post-its being scribbled on and groups debating the design of the conversation, the validity of the questions and even questioning the concept of the bot ensued without the need for stimulates (coffee and cake).

We had the concept, the purpose, a personality, a name (including the use of the fabled ED) and a pile of questions the bot could tackle……too many questions. A simple dot voting exercise interspersed with hot beverages and sugary treats whittled down the group’s bot questions to 1 or 2. Now the real fun begins! As stated earlier chatbots are only good as the content within them. If the chat is crap the experience will be crap. If the chat is good then everyones a winner! 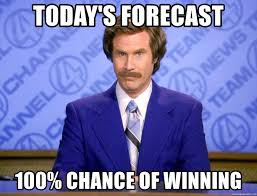 The 2 easy ways to map the conversational is either a flow chart (flowy) or simple conversation bubbles (….). This helps map the chat and allows the bot creators to build out the conversation including good flows (winning!) and bad flows (the opposite to winning with a pinch of frustration). The groups frantically scribbled and more post-it’s were sacrificed all in the hope of creating the perfect flow, which they had 15 mins to complete. During this time myself, Marcello and Stewart prowled the floor debating which person had stolen the cake we had purchased, this event henceforth be referred to as cakegate! (the cakegate crime podcast  is in production #podcasteverything). 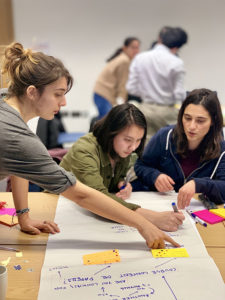 To be honest designing the flow is mega tricky and you can start to question the concept and bot value which can lead to a flow chart with branches you didn’t originally plan and a concept that has transformed. This design phase is key to ensure a good user experience and post bot production would be an  ongoing exercise to ensure quality. For instance we can write a good experience – user asks question, bot replies with the required answer, user experience good, bot value high (everyone feels warm and cuddly). However building the flow picturises the users journeys and that’s when we view the journey and start to consider alternate paths – that’s not what I wanted, its wrong, can i start again, I want to speak to a human etc.

With time slipping away and cakegate conspiracies flowing the final act of the hackathon was to get all attendees to build a prototype via BotSociety (no I don’t work for them and yes there are alternatives).  In Brief…Botsociety is a chatbot prototype tool that is GUI driven but lets not dive down that rabbit hole for now, its a whole other blog!

Keeping it simple is my mantra. Personally I think when we say IT or speak about technology we think code, servers, networks and databases, imagine what happens when we mention AI and chatbots (head exploding). What we don’t think about is design, processes, accessibility and ease of use (see my previous blog if your interested).  After a quick demo the room was full of clicks and taps as the groups either individually or collaboratively built thier prototypes. After another 15 mins of procrastinating about who had pinched the cakes and whether Marcello or Stewart was secretly stashing them (I watched Sherlock Season 1-3 so I think I can draw my own conclusions), we asked the groups to present their prototypes. If your still reading this (thanks and well done) and want to see the A+, Rosetta and Edword please visit the padlet and click on the relevant links.

When we started we had nothing and at the end we had 3 bot concepts, designs and protypes and I had shed a few tears (mainly over lack of cake). The attendees did brilliantly and the workshop hopefully allowed everyone to see that with chatbots and the current hype regarding AI, if we don’t have a good conversational flow, the user experience along with the chatbot quality will be poor. Finally, everyone smiled. We even have a photograph of it happening!  No cake was hurt in the creation of this blog 🙁 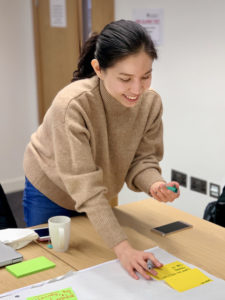 Thanks to Stewart Cromar (espec for the great photographs) and Marcello Crolla for thier support and advise in creating and running this event.

FCL: Teaching Bot Hackathon / mylesthoughts by blogadmin is licensed under a Creative Commons Attribution CC BY 3.0

View all posts by mblaney