As part of the textbook ‘Dead White Men and Other Important People’, authored with my great PHD supervisor Ralph Fevre, we wrote some ‘doodles’ which were meant to mimic how students could take notes in a style that encapsulated the problem they were examining. The intention was to sum up each chapter retaining the core idea of the book, that it is written in the voice of a student and her peers. Each chapter was written as a dialogue through which the theory unfolded. The problem for student readers was finding the core argument in this without having to dig too much. The doodles were our solution, imagined as the narrator, Mila, summarising her ideas in drawing and words. As you can see from this example, Mila is left handed, like me. She writes on the reverse page of her notebook as left handers must do in order to avoid the spiral binding. 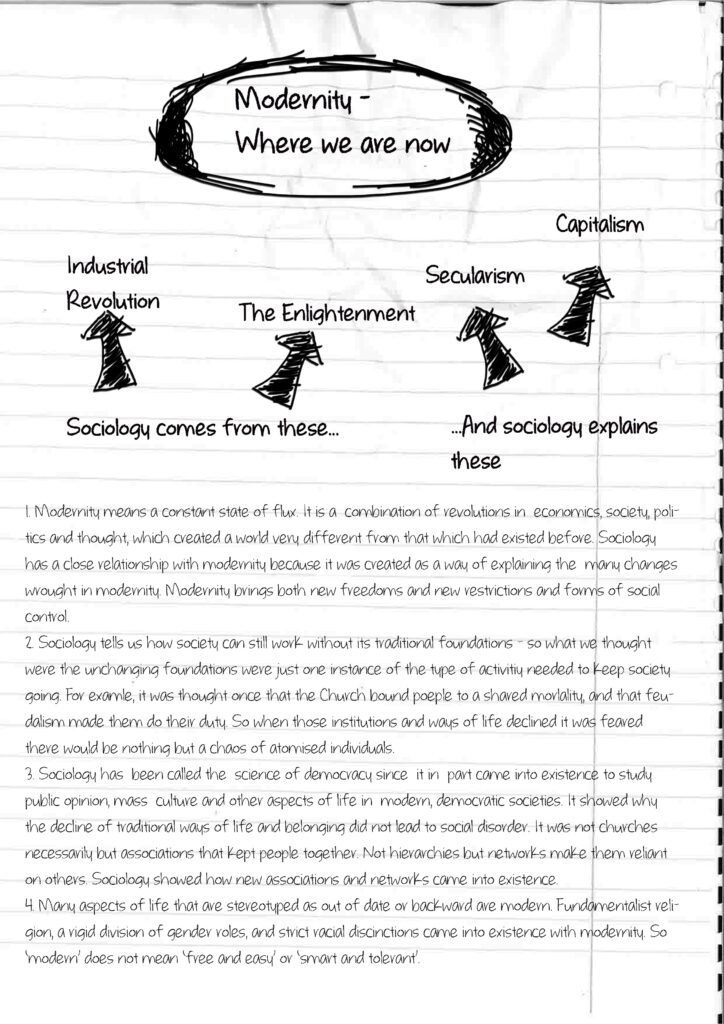 Doodling theory / Dark matters - Angus Bancroft's teaching and research by blogadmin is licensed under a Creative Commons Attribution CC BY 3.0