Beyond the Brain Conference

Beyond the Brain Conference

Academic Conference at the University of Edinburgh on Reconceptualizing Mental Disorders 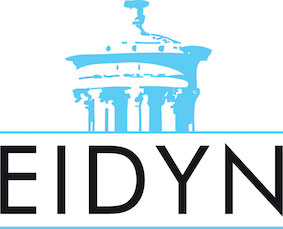 The incidence of mental disorders represents a growing concern: according to the World Health Organization, approximately 25% of the world’s population is afflicted by a mental health issue at some point during the course of their lives. The personal and societal repercussions vary widely, from a decrease in job performance to disability to death. Consequently, vast amounts of both human and financial resources have been directed towards the research and treatment of these ailments; however, the causes of mental disorders are to date not fully understood. Several questions arise in view of this lack of definitive results: Are we currently looking for those causes in the right place, but lacking the critical accumulation of data and technological advances that will reveal them amidst the inner workings of the brain? Or should we take our evident lack of progress as a signal that the time has come to shift focus, to look elsewhere, beyond the brain?

Recently, some authors have suggested that what we are facing could be a problem in the way we conceptualise mental disorders. In this sense, they distinguish between neurological and mental disorders, according to the determinant roles that biological and environmental factors have in their onset and development. This distinction establishes, crucially, that in the case of neurological disorders, displayed symptoms are symptomatic of a more structural brain malfunction, which can then be considered as their cause, and the environment, even if relevant and influential, plays an indirect role. Thus, in the case of, e.g., Parkinson’s or Alzheimer’s, it seems accurate to suggest that the causes of the disorder are primarily neurological.

By contrast mental disorders are themselves the products of our situated cognitive interaction with the world. Cognition, in this view, is not limited to the biology of the brain, but ought instead be thought of as being embedded in and shaped by particular environments and situated within a social milieu. Thus, mental disorders cannot be completely reduced to biological causes because cognition itself cannot be reduced to biological causes. This is not, of course, to say that underlying neurological factors are not important in mental disorders, but instead to claim that insofar as they are operative, they might themselves be the products of interactions with environmental circumstances. Consider, to illustrate this point, stress. While elevated cortisol levels are associated with stress, it is overly reductive to consider cortisol to be the cause of stress; rather, stress is the result of the situated interaction of the individual with his or her environment, and cortisol is a necessary factor of that interaction. In line with these considerations, the claim is not that neurological approaches ought to be abandoned in the study and treatment of mental illness. Rather, the idea is that the neurological factors that contribute to the development of such ailments ought to be investigated as parts of the larger phenomenon of cognition, and that their study (at least regarding the conceptualization and treatment of mental illness) should not take primacy over the rest of the elements that constitute cognition (behaviour, environment, social context, etc.).

This non-reductive avenue of thought is broadly in line with several compelling scientific approaches to reconceptualizing the mind, as in 4E Cognition (which, depending upon the strain, claims that the mind is embodied, embedded, enacted, or extended in a context in which it is constantly reciprocally interacting), Radical Predictive Processing (which argues that one of the most compelling recent explanations of the brain’s actions, Predictive Processing, can be best explained via a 4E approach), Computational Psychiatry (which takes contextual factors to be an integral part of mind disorders) and Behaviour Analysis (which understands mind disorders as learned habits that are long-term maladapted to their context).

In organizing this conference, we aim to create an interdisciplinary discussion of what such an approach to mental disorders might look like, and to stimulate debate between the fields of philosophy, psychology and psychiatry. To this end, the conference will be structured around four thematic blocks, which follow. Abstracts for posters and short, 4-minute talks are welcome in any of -but not restricted to- the following blocks.