Transitioning Into The ANthropocene (TITAN)

Transitioning Into The ANthropocene (TITAN)

Learning about the climate system from data of the 19th and early 20th century.

Transitioning Into The ANthropocene (TITAN):

Learning about the climate system from data of the 19th and early 20th century.

TITAN uses a novel and fully-integrated data-modelling approach to provide a step-change in our understanding of the nature and drivers of climate variability and change on the societally-relevant timescales of decades to centuries.

Identifying the causes of observed changes in climate requires an understanding of the natural, internally generated variability of the climate system, and of the response of climate to external influences. Our present knowledge is heavily weighted towards changes observed over the recent few decades.

TITAN focuses on the early Anthropocene, namely the 19th through to the early 20th century. This period covers the emergence from an anomalously cold period, the so-called “Little Ice Age”, and shows periods of warming including the still enigmatic early 20th century warming. Newly available observational data now make it possible to analyze this period in detail.

“Fingerprints” for climate changes in response to external drivers, such as changes in atmospheric composition, solar radiation, and volcanism are used to estimate the contribution by these factors to observed changes over the 19th and early 20th century. These fingerprints are based on a large, multi-model ensemble of climate model simulations that is presently becoming available. Changes in observed temperature, sea ice variations, and precipitation are linked to the state of the atmospheric circulation. Targeted model simulations help to determine the role of sea surface temperature patterns and atmospheric and oceanic circulation in setting temperature records in the 1930s and 1940s.

TITAN delivers a synthesis of the causes of climate change over the early Anthropocene, an improved estimate of the natural variability of climate, probabilistic estimates of the climate’s transient sensitivity to greenhouse gas increases, and improved understanding of the response of sea ice, precipitation, and temperature extremes. 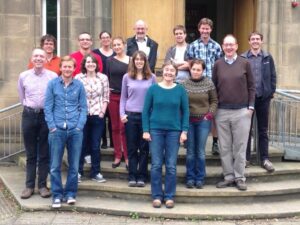