What are ‘personal care’ recipes?

Aren’t words troublesome at times? We hit on the term ‘personal care’ (despite it sounding like a slightly dodgy euphemism) because that’s the industry term for the kind of stuff you buy in a pharmacy that’s not medicine. Things like shampoo, deoderant, shower gel, moisturiser, but also including ‘colour’ cosmetics like blusher, mascara, lipstick. The slightly old-fashioned word ‘toiletries’ almost covers it too, but has an unfortunate lavatorial flavour, so ‘personal care’ it is.

Words aren’t just a problem with naming the project though, they are also a stumbling block for historians. Because there is no easy translation for ‘personal care’ in Renaissance Italy. Our main source text, Marinello’s Adornment of Women, was one of the first printed books to collect recipes together of this type. It was much more common for both printed and manuscript recipe collections to contain a miscellaneous pile of recipes for domestic ailments, skin conditions, party tricks, beautification, fertility – all sorts of things. This type of book was typically called a ‘book of secrets’, and they exist in their hundreds from the medieval and early modern period.

What does it mean, then, that Marinello chose to put this type of recipe together? What does it suggest about the audience that he thought might buy his book? I write about this in my forthcoming book How to Be A Renaissance Woman, that suggests this new type of Renaissance ‘personal care’ texts goes hand in hand with female literacy and new, expanded social and political roles for women. 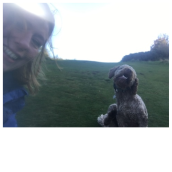