In this post, I will briefly summarize the ideas found in the first three chapters of After Methods, a book by John Law. The summary has no intention of being exhaustive but has the function of being an anchor for my reflections and questions.

John Law’s book After Method explains the epistemological pillars of STS (Science, Technology, and Society)  theory; while arguing for broader and looser methods for research in both social and natural sciences. In the book’s first three chapters, he develops the arguments for a counterintuitive assertion: “methods, their rules, and even more methods’ practices, not only describe but also help to produce the reality that they understand” pg. 5.

In these three chapters, Law supports his assertion by reviewing the ethnographical work of Latour, Woolgar, and Mor. These three authors observe, as ethnographers, how scientists create knowledge. Here are some brief points of what Law highlights about this research:

Scientists are also a tribe: they have a culture, they have beliefs, they have practices, and they work with instruments.

Also, Scientists produce knowledge constructively, meaning they create the realities they are studying using instruments that make part of hinterlands. Furthermore, science has to do with the manipulation of inscriptions and the negotiation of statements.

Definition of Hinterland in this context:  standardized packages of knowledge and instruments that work similarly to paradigms. They are the black box of research and methods (theoretical givens/truths, tools, practices…), as scientists just use them without actually engaging in understanding the whole package. As an analogy, scientists use hinterlands as we use personal computers. They are expensive to create and hard to discard.

Nonetheless, American-European scientists cover up the traces of their subjectivity. Thus the result is an empirical-positivist epistemology that portrays reality through these qualities:

In opposition to Euro-America metaphysics, STS affirms that reality is shared and multiple. As objects are created by different assemblage methods, we see a singular thing being various simultaneously. To explain this, Law presents Mor’s case on atherosclerosis. Working in a hospital as an ethnographer, Mor observes that the illness is created and represented differently in different locations and by other practitioners. The pathologist, the surgeon, the general practitioner, the radiologist,  and the ultra-sound technician have all versions of the same object. But, it is not the same object, as sometimes their interpretations can be contradictory. Law proposes the analogy of superposition to understand how a single thing appears multiple times in different practices.

“The discovery of fractionality opens out the possibility that realities might be otherwise” (pg. 66). This is the idea behind ontological politics. “In an ontological politics, we might hope, instead, to interfere, to make some realities more real, others less so” (pg. 67), Law states. This idea allows us to think that we are responsible for the methods, theories, instruments, and statements we make as researchers, as this will enable the creation of certain realities.

Finally, some loose notes on this topic:

Objects require enactment for their reality and solidity.
Enactment is the continuing practice of crafting.
Though, enactment is multiple.
Objects overlap, but they are not the same.
Reality is fragmented.
Euro-Americans enact multiplicity but impose singularity.
Biology is not destiny.
Scientific statements are not fixed.
Contradiction, uncertainty, and multiplicity are present in reality. Only theory is fixed.
“…commitment to visible singularity directs us away from the possibility that realities might in some measure be made in other ways” (pg. 66). 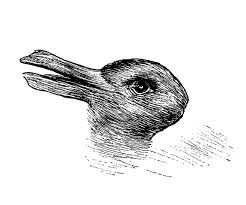 My thoughts on these ideas:

At first, I thought it would be hard to underpin my research under this theory, as I want to create a replicable model. Now, I am really interested in the idea of ontological realism. Nonetheless, I want to be practical in my research: I want it to be used, creative, and fertile land for a change. I do not want to dwell on the critique for critique’s sake or rhetoric without action.

The idea of methods/statements creating realities is counterintuitive but valuable and powerful. Objectivity has been a presumption of American-European science since the enlightenment. This presumption has had political implications. The invisibility of researchers’ subjectivity enables scientific statements to appear as objective truths, truths that generate new realities. For example, during the colonial epoch in the Nueva Granada (Colombia’s colonial name when it was part of the Spaniard kingdom), enlighted scientists “discovered” that people born in Latin America were cognitively inferior to the ones born in Europe due to geographical reasons. Obviously, it is evident to everyone that these statements have no “real” basis, but to think that the solution is to have “better science” is to miss the point. What is significant about this little scientific story is to notice that these statements were said by people who actually believed they were superior to others. And through these statements, they fixed reality to their culture and beliefs. They were producing a singular, definite, anterior, and independent reality that justified their colonization.

If we avoid/combat the idea of singularity, we can imagine different realities. In doing so, we can craft a preferred reality that resonates with our ethics. Moreover, if we realize that our methods, instruments, and research craft realities, we are responsible for deciding what instruments and methods are valid from a political stance. Not everything that can be done should be done.

Another exciting idea is that theory is not destiny. But, there is a significant danger in thinking that way. For example, in a podcast, evolutionary psychology professor Gad Saad states that social reality is determined by objective biological factors. As he mentions, beauty is determined by our natural need to procreate and pass on our genes. In this sense, he argues, women that seem like good birth-givers are the most beautiful (objectively, for everyone, everywhere). Does this make sense?

Sadly, Gad doesn’t realize his subjectivity when he enacts this statement, as Spaniard researchers didn’t know that their science was influenced by their own colonial culture. Thinking of women as birth-givers is an inheritance of our patriarchal past and present. It is a hinterland that we can choose to not keep bringing into reality. Political ontology is not only about thinking about what reality we want to create but what facts we want to undermine.

How does all of this relate to my research?

The “quality education” object in education theory can be understood as a multiple and political object. Quality, as an object, guides practices, public policies, discourses, and the creation of educational technologies. Nonetheless, it is an obscure object that is quite difficult to grasp.

It would be interesting to frame the definition/definitions of “quality” under the STS theory. By doing this, it is possible to witness how the concept appears in different locations and various enactments. But furthermore, it would allow us to think about what type of reality we want to craft regarding quality education.

Other objects can be crafted too. We can go beyond the traditional hype words (‘disruption,’ ‘innovation,’ ‘effectivity,’ etc.) to generate new statements that relate to new possible realities. This would imply neologisms and negotiation with the current hinterlands in the educational theory/learning sciences.

On objectivity
In my first supervision meeting, I expressed to Michael that I was concerned about the objectivity of my research. As I am already working with rural teachers, I thought my research would be biased toward my relationship with the teachers and my motivations, so I told him. He just laughed and said to me that objectivity is not an issue. He stated that it is my task to be transparent about my privilege, power, and intentions instead of aiming for objectivity.

After reading these chapters, I can now see why Michael laughed that day. Law states that objectivity is “achieved” when researchers erase their subjectivity and the inscription process in which scientific statements are produced. It seems (through Euro-American epistemology) that the world has these statements waiting to be discovered.

I now prefer to practice political ontology. Rather than aiming for objectivity, I would aim to be clear about what type of realities I want to help to come to being.

Questions:
How do I approach models as the work-memory cognitive model? (I used to take them as an objective truth).
How do I approach to principles and best practices of instructional design based on these types of models? (I used to have them for granted as a MUST DO for quality education – again, the word quality).

Thoughts on Ch. 1 – 3 of After Methods / Research Notes on EdTech for Educational Equity by blogadmin is licensed under a Creative Commons Attribution CC BY 3.0