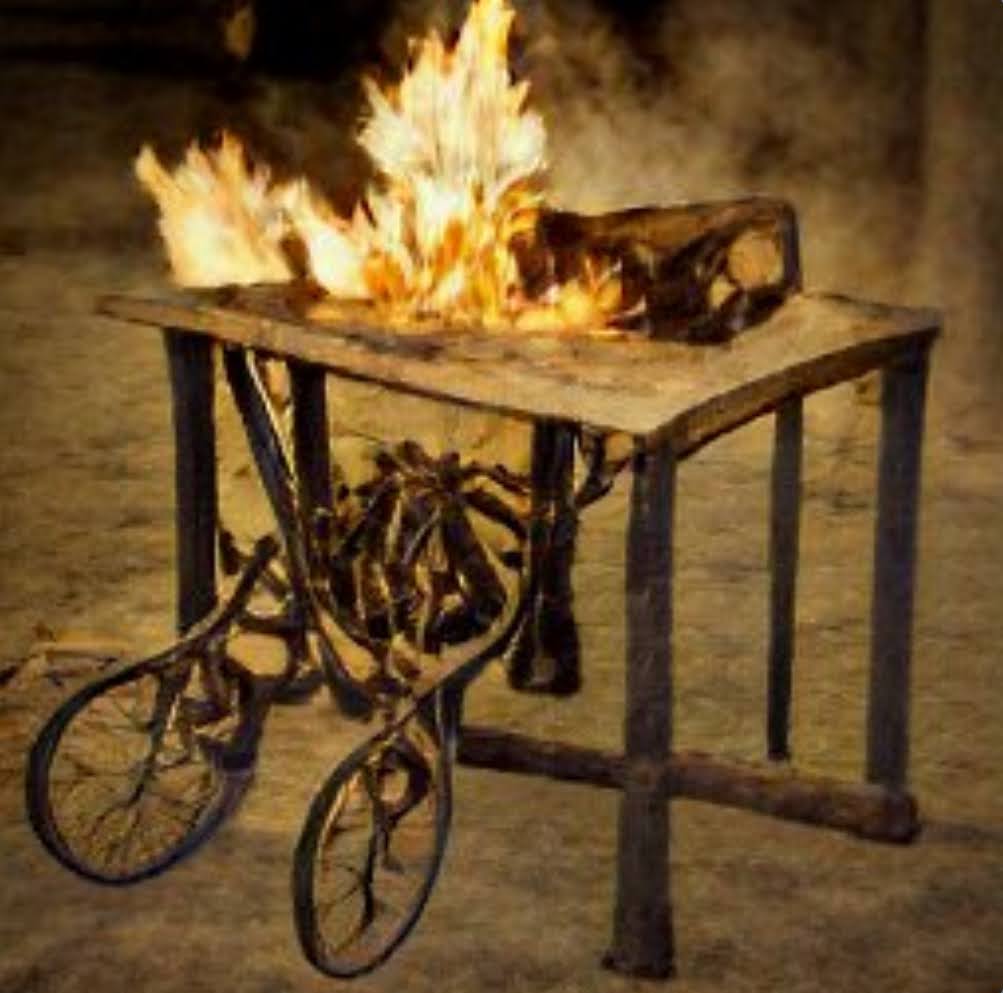 The dis-regulated wipe-clean surface is capable of feeling more abuse than mass-produced emo-stable tables. Forget calligraphy, even butter knives can easily score deep into its smooth dysphoric surfaces, gutting it open like a lamprey. This table resonates so deeply with people because, whereas we may have never had any sad thoughts, it knows how it feels to be accomplished, to be celebrated, and yet, in the back of your mind you’re, like, crying and all passed out from the applause.

When properly sensitised by distinct types of negative attitudes (e.g. fear of clowns, that thing you say when you really fancy somebody because of their Internet), even the anticipation of scratches can raise its hackles, ballooning a heavily raging modulated projection that enables it to quickly paralyse its support for coffee aficionados or friendly bacon evangelists. Curling up inside itself, to the world the mercurial table is all …how are you, what advice would you give yourself at 27? OMG, I mean, I’m not even 20!

Inside, however, it is hard at work generating stress–strain conditions wherein deformation is optimised. It can reach 0.002% in milliseconds, tensing then folding itself over and over into a smaller, ever denser core. When it reaches 80,000psi, it’s tough to sit by, tough to lean on, tough to help:

But you know what when I get stuff, it is mine when I get it I don’t have to worry bout ever making any payment on it ever again. You know how? Because tables are THE industry that is on the rise and as THE industry that, that’s making millionaires; it is the industry right now that’s making 20-somethings 100,000-airs. They’re making six figures or more a month and I interview several of them right in here, right in my head. They’re there. They just keep, just keep drillin this into my tribe’s heads.

Inside Table / by Kneel, Mulholland: Drive! is licensed under a Creative Commons Attribution-NonCommercial-ShareAlike CC BY-NC-SA 3.0