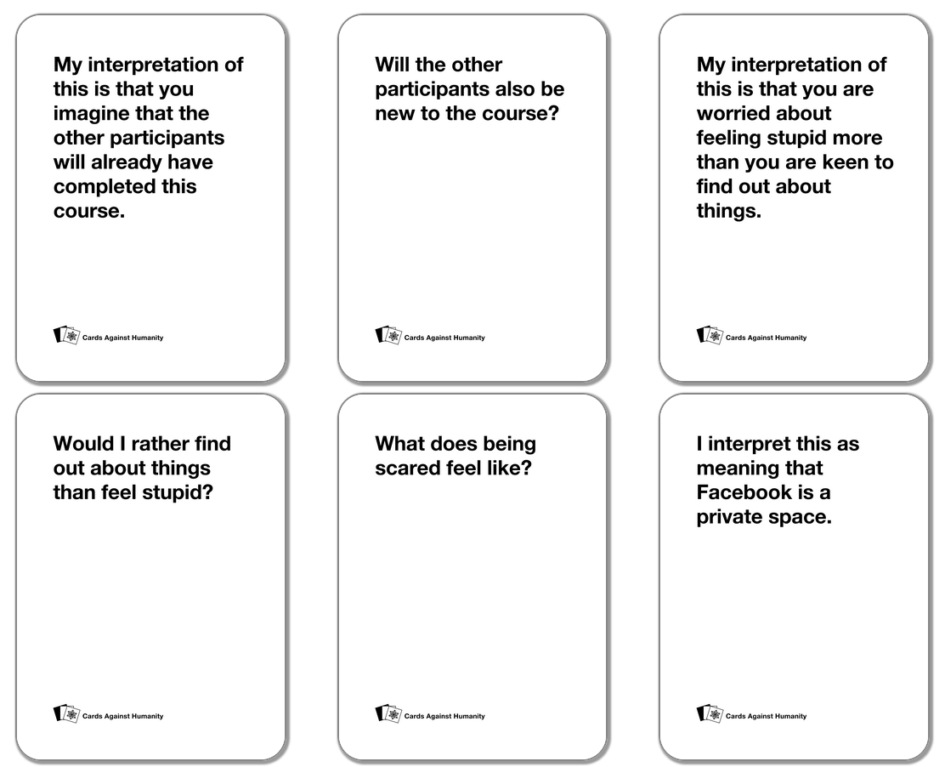 I like the idea of using Rise Articulate. Maybe insert it into the Mind Map? The Mind Map can also allow us to do something else and insert that too if we really wanted to?

Also thought that the Mind Map might act like a decision gateway (Y/N) that asks the user a question and gives them options for answers. Takes them down different paths?

Here’s the same idea, but printed onto a set of Cards Against Humanity made using this https://mywastedlife.com/CAH/: 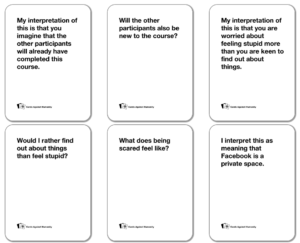 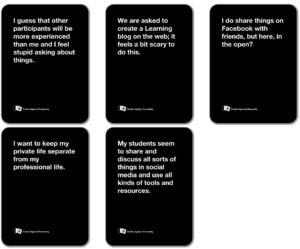 You can play this with two or more players, in sync. Black cards are the concerns of the new student, white cards are examples of “clean feedback”. We can make more cards with more answers of course. Some of the answers could be deliberately ‘wrong’ in the spirit of Cards Against Humanity. That might actually help the users also to learn and use “clean feedback”.

I think we perhaps only need to create a working prototype that shows what we could do (with more time?) More than one tool might be good to show different ways of supporting roleplay approaches?

I think the Mind Map can be the GUI – the portal through which the users interact with what we produce. It can show the research on the problem in an accessible visual form, then it can easily take the user through a journey towards one (or more) ‘solution/s’.

Yes, should be more than one ‘solution’ since there are few problems in the scenario and also that different people will respond differently to the ‘problems’ in the scenario.

I think that there are cognitive distortions in the scenario as well as legitimate concerns. The map would be there to help the user identify which is which.