How do we ensure that children are included and their views are respected?

The United Nations Convention on the Rights of the Child (UNCRC) Article 12 states that children have the right to express their views and for those views to be considered, and that when decisions are made about them they must have the opportunity to be heard. But this is so often not the case when it comes to children experiencing the court systems for child contact.  Two models in Scotland have worked to change this, and these models have been the inspiration behind the Improving Justice in Child Contact (IJCC) European Project.

The first model is the Court Ordered Children’s Rights Officer (CRO). This post originated in West Lothian Council in Scotland and is based within the local Domestic Abuse and Sexual Assault Team. The CRO is a qualified social worker who is trained to understand and support children and young people who have experienced domestic abuse. Working as an advocate for children and supporting them to have their views represented, the CRO uses age-appropriate tools to help children and young people tell the court what they want to happen and why. 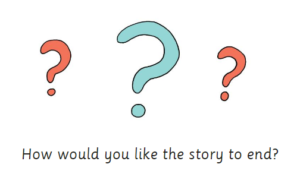 The second model is Power Up/Power Down. 27 children, aged between 6 and 17, took part in a series of sessions which explored themes of power, children’s rights, making their voices heard in court and how to improve the experiences and outcomes for children who have experienced domestic abuse in family courts. Supported by 3 different Women’s Aid groups (Glasgow, Shakti and East Dumbartonshire) the children were given an illustrated story about two children who had experienced domestic abuse and the family court system. The stories were based on real life examples collected by Women’s Aid groups across Scotland. The children and young people explored the stories with each other and the support workers within the groups and then “rewrote” the story to improve the outcomes for the children. Through this process the children and young people were able to identify key areas for positive change and they made recommendations for making the system better for children. These recommendations have been used to directly inform national policy, demonstrating how powerful the voices of children and young people can be.

The two models of participation are very different, but each one ensures that children are included and their views are respected. One of the key factors that make these models a success, and one which is vital if embarking on similar models, is that the children are supported by staff who are trained in understanding domestic abuse and the impact it has on children and young people. When discussing their own experiences or those of others, in a one to one setting or in a group, it is important that children have a safe place to discuss their feelings and memories, with someone who has a sound knowledge base and support skills. The children who took part in Power Up/Power Down did so while being directly supported by Women’s Aid support workers. This meant that they had access to support before, during and after the sessions.

Participation can give children and young people a sense of agency and empowerment and can provide those working alongside them with a fuller and clearer understanding of the impact domestic abuse has on children, but whilst supporting children’s rights the adults around them must also never forget their own responsibilities to protect.

Our journey through Power Up/Power Down in Portugal