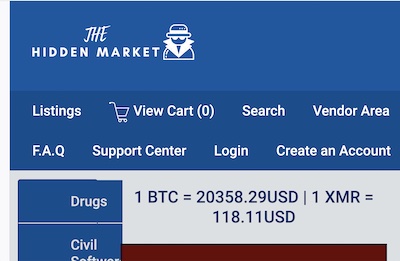 Digital drug distribution has a number of effects that are not just about the market working more efficiently through digital devices, but which are reshaping how drug sellers and buyers interact and adapt their psychoactive repertoires and habitus to drug distribution and use. Illicit drug supply has become more globally integrated and technology driven in multiple ways. One of the most striking is the development of digitally located specialised drug markets, or cryptomarkets (Martin, 2014). More generally drug dealing takes place in the penumbra of digital life and the digital economy. There is also a growing acknowledgment of the disruptive potential of technologies – notably the digital – to transform illicit drug markets and future use patterns. That has consequences for what is sold, how, where and by whom. For a long time, researchers, policymakers and law enforcement have referred to ‘the drug market’ as a generic term for aggregated global drug production, trafficking and distribution systems. This approach is useful as it allows us to understand how disparate individuals and places are connected without an organised or cartel arrangement at work. It cannot be left at that though as markets create and normalise effects that are specific to them. They change the ‘market habitus’, the dispositions dealers and buyers have towards the drug exchange process, their expectations of value and quality, and their fears of exploitation and predation (Aldridge, 1998).

Digital drug markets are techno-social hybrids. They are novel combinations of existing technologies that create a new interactional dynamic and which expands the reach and availability of illicit drugs. They are force multipliers in the illicit drug field. Any finished – though seldom ‘complete’ – technological interface or device is a combination of other systems, however the uniqueness of drug market hybrids is their frequent non-intentional evolution. Over time, purpose built darknet cryptomarkets have adapted into new forms combining on and offline activity, often in response to changed consumer demand, market reorganisation and competition or law enforcement successes (Childs, Coomber, Bull, et al., 2020). They might retain the same interface and technological infrastructure while being fundamentally different sites of social encounter and organisation. Illicit digital hybridity then is a process that reaches across ontological boundaries, between on and offline, face to face and remote, virtual and material.

Markets are very effective hybridising systems that connect, automate, flatten and rationalise; and also reorganise, reshape their participants’ habitus, create hierarchies, and reputations. Classical economics seeks to treat the market as an abstract, unifying, disembedding whole, while sociology looks at how it is encountered as a material, cultural entity. Both perspectives capture a reality of how markets operate and the impact they have. In this paper I take material culture perspective which examines how technologies are taken up and used in different market cultures. I treat digital drug markets as places with their own localised cultures which promote varying market habituses.

There are also different markets overlaying each other which drug users and sellers encounter in different senses. There is the abstract market as a set of operating concepts, promoting types of rationality and self-directed action (Childs, Coomber and Bull, 2020; Hall et al., 2013). There is the material market as the connected set of different exchanges which may not be directly in touch with each other. Finally there is the material implementation of specific market contexts, whether a street market, or a darknet cryptomarket.

Mirroring developments in capitalist societies, I recently observed the emergence of what might be called conscious markets, where drug dealers and buyers have a distinct understanding of themselves as operating within and according to market principles. In these spaces they see themselves as and expected to behave as service providers and consumers. That has implications for drug normalisation, access, pricing, quality, product diversity and availability.

Drug markets then work as both sorting and identification systems and as epistemological devices. They define what drug quality means, assign value to labour and risk. They assemble knowledge from different sources and also destroy or fragment some kinds of knowledge. From example, those that conduct drug testing and in so doing make only those qualities of the drug ‘speakable’. They define some use types and users as rational consumption, and others as deviant ‘rubbish’ consumers.

Market participation is also about positioning. For example, many sellers use strategic pricing, as became clear during the COVID pandemic. Some kept prices stable in order to maintain their client base or market position. Price therefore is entity which does not necessarily signify the harmony of supply and demand, but also includes other needs like the status and trajectory of the buyer and seller. Pricing can be used methodologically as both a signal telling on the general health of the drug market, and a positioning move made by drug sellers.

As well as normalising a market habitus, digital drug selling shapes how drugs are normalised. The growing availability of a range of drugs through online sources at the same source promotes a psychoactive repertoire. That is where users incorporate a range of substances for specific context based effects. These elements come together in relation to opioid and fentanyl distribution and consumption.