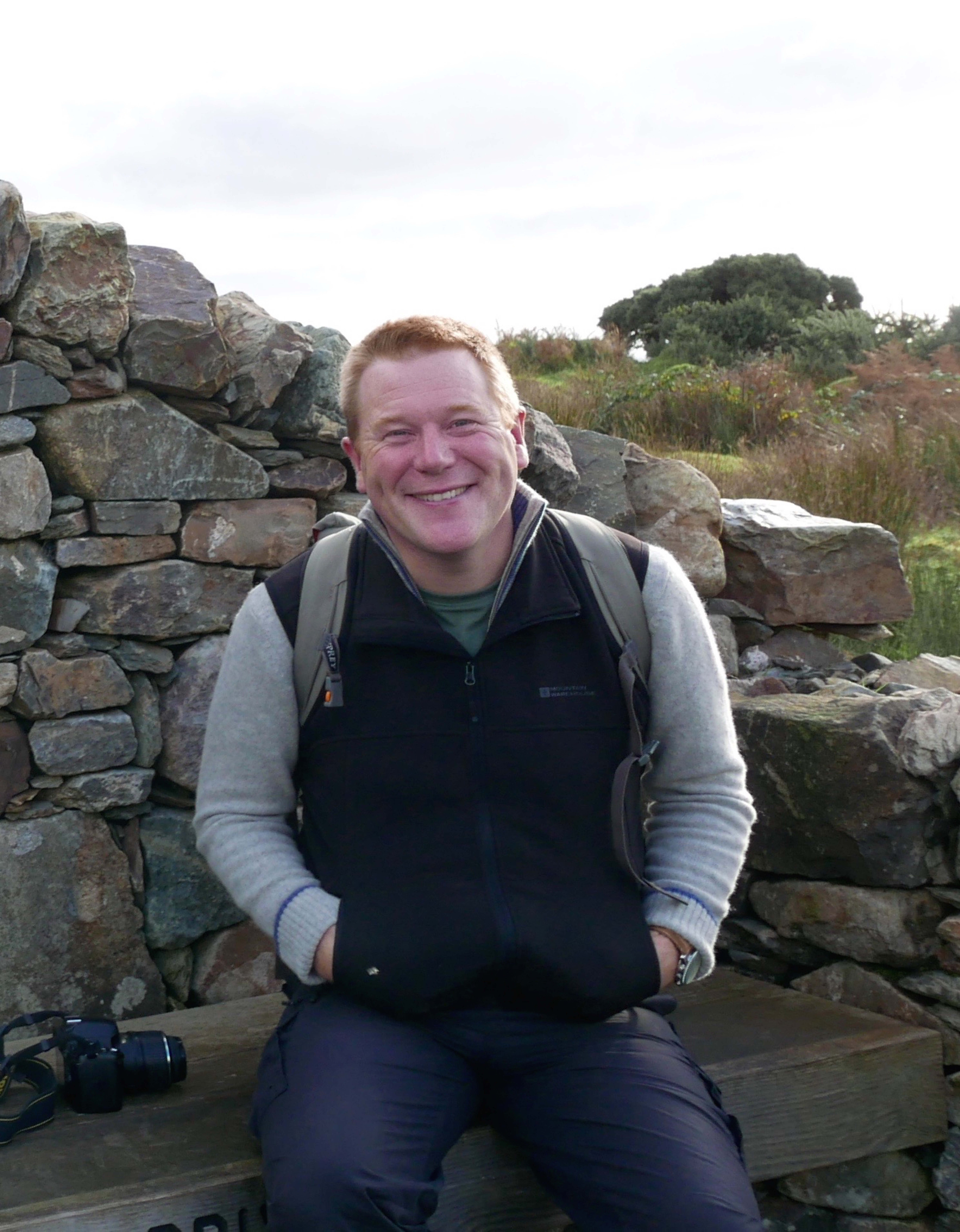 On BBC Radio 4 in October 2019, talking about my research on the origins of the stigmatising category “sink estate”

I was born in 1975 and raised on the ‘Somerset Levels’ in southern England. I’m Professor of Urban Geography at The University of Edinburgh, which I joined in August 2008.  I was lucky enough to be an undergraduate (1995-1998) at the wonderful Department of Geography at Queen Mary, University of London, where the breathtaking lectures and powerful writings of the late great David M. Smith opened my eyes to questions of social justice, and inspired a passion for geographical inquiry that is both politically committed and theoretically informed.

After being displaced from the south London neighbourhood of Tooting in 1998 by a landlord capitalising on a gentrifying neighbourhood, I decided to conduct Ph.D. research (1999-2003) on gentrification, based at King’s College London, but conducting fieldwork in Toronto and New York City. From there I went to my first academic post at the University of Bristol (2003-2008), where I developed a passion for teaching, and intellectual concerns with troubling phrases such as “evidence-based decision making”. I take a very dim view of the subordination of scholarly to policy agendas, and feel that policy-driven research (as opposed to research-driven policy) must be vigorously resisted if social scientists are to retain autonomy and integrity. The moment that we cannot ask our own questions due to the priorities of the state, it ceases to be research and becomes propaganda. I moved to Edinburgh in 2008 and have continued to work on urban and housing questions in multiple contexts.

I’ve been lucky enough to supervise some wonderful PhD students over the years, who have educated me via their knowledge and dedication. In my own recent work (on the occasions when I feel like I am surviving the neoliberal assault on higher education), I have traced the roots and implications of successive UK governments’ welfare reforms and also housing policies, which all too often rest on the ongoing and deeply disturbing stigmatisation of the urban working classes and the places where they live.  A critique of the practices and publications of free market think tanks features strongly in my analyses. I have also developed an interest in the links between rent gap theory and territorial stigmatisation, and on the myths and realities of rent control, explored in public and keynote lectures in 20 different countries since 2010. My work has been translated into 9 different languages and circulates widely to inform struggles for housing justice.

*This is my contribution to a special issue of Antipode engaging with the late great Neil Smith’s intellectual contributions to radical geography and beyond.

*Some background: “required reading for anyone interested in what made the Welfare Benefits Uprating Bill, and myriad similar state actions in our neoliberal times, possible.”

Slater, T. (2013) ‘Your life chances affect where you live: a critique of the ‘cottage industry’ of neighbourhood effects research’, International Journal of Urban and Regional Research 37 (2) p.367-387.

*Translated into Turkish and Swedish

Slater, T. (2008) ‘A literal necessity to be replaced’: a rejoinder to the gentrification debate, International Journal of Urban and Regional Research 32(1) p.212-223

*“One of the most important urban geography articles of the last decade” – Neil Smith, 2008

*“A timely wake-up call for scholars of class, space and politics in the city” – Loïc Wacquant, 2008

Slater, T. (2017) ‘Revanchism, Ignorance and Class Struggle in Austerity Britain’ in A. Albet and N. Benach (Eds.) Gentrification as a Global Strategy: Neil Smith and Beyond (London: Routledge) pp112-131.

My pedagogical approach is guided by a very strong belief that teaching and research cannot be usefully separated – I love it when students engage with the theories, concepts and debates that I have the privilege of introducing; when they respond with questions, comments and reactions; and when some produce work bursting with research ideas, thoughtful insights, and a geographical imagination. Academic life doesn’t get any better than that.

I enjoy field-based teaching, and I am particularly proud of the annual field course to Cape Town for 3rd year students that I set up with Jan Penrose and Julie Cupples in 2016, where we explore what hundreds of years of colonial domination (culminating in apartheid) did to that city, and the ongoing struggles for decolonisation there.  In just a few years it has led to some wonderful collaborations.  For 14 years now I have taught a course entitled Divided Cities, which is everything I know about urban inequality packaged into eleven exhausting weeks for 3rd & 4th year undergraduates.  I also lead our 2nd year core course entitled Economic and Political Geography.  For three years (2012-5) I served as Chair of the Board of Examiners for Geography Degree Programmes (GDP), and for another three years (2015-8) I served as GDP Convenor, leading our Geography programmes to successful RGS-IBG Accreditation.

I’ve long been bothered by how senior academics in the UK have embraced institutional audit, and acceded to a thorough instrumentalisation of themselves and their colleagues, a process which calls into question their mutual trust in each other’s professional competence. It’s profoundly sad that institutional audit has become such a dominant force in the day to day workings of vital research universities. To anyone frustrated by the REF and by other threats to scholarship and collegiality, or to anyone viewing it as a comprehensive peer review, it’s worth reading the devastating critique by my undergraduate inspiration, David M. Smith:

“[M]ethods of assessment currently adopted in Britain…depend on a deeply flawed model conception of academic activity. Sometimes referred to as the goal attainment model, it bears a strong resemblance to the planning framework of managerial rationality underpinning the social indicators movement…. Individuals, and groups or institutions (academic departments and universities), are supposed to pursue goals (or targets), the attainment of which is somehow measurable. The way they do this is based (usually implicitly) on how the free market is supposed to operate in neoclassical economics, maximizing output for given expenditure. While this model may have validity in some walks of life, scholarship does not actually work this way. Universities are significantly different from factories: the creative process of scholarship is demeaned by the notion that it can be captured by a simple model or metric relating to quality of research or teaching.

“The consequences are both practical and ethical. In practice, we do not know how to maximise research output, even if we knew how to measure it, with the reliability of industrial production theory. Ethically, it is wrong to claim such knowledge, and to run universities as though we had it. What universities should be, and how they should work, is a matter of proper public concern, and it is crucial that we critically engage the forces of darkness seeking to turn academic life into some gross parody of the competitive world of profit-seeking business; and that we do this not only by challenging alien understanding, but also by promoting alternative practice involving reaching out to others who would benefit from our involvement (as we would from theirs), in a spatially expansive and mutual ethics of care.”

For me, these words pretty much end the debate over institutional audit. I just wish more people in positions of power would read what Smith has to say here, and in many other publications. 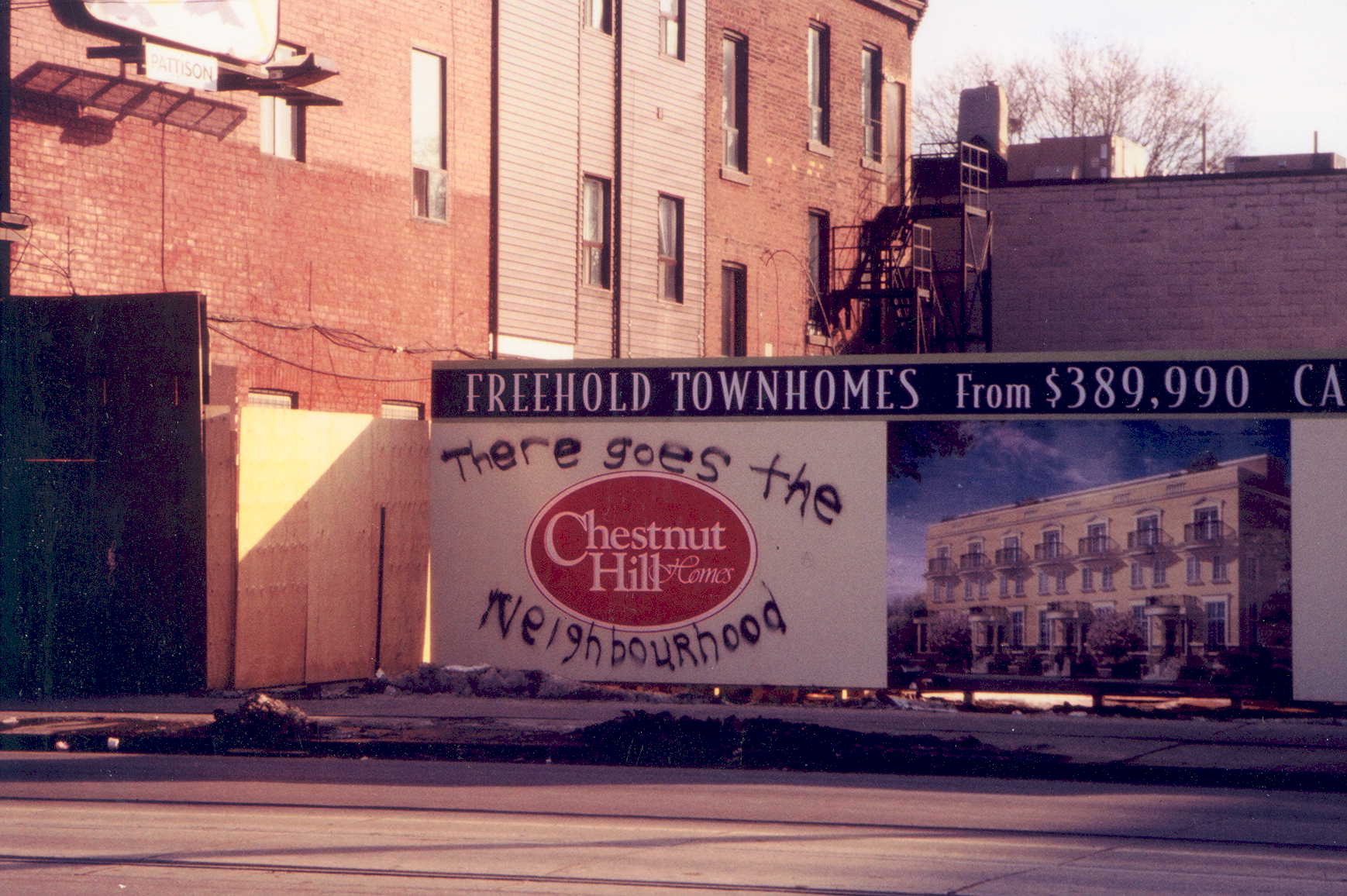 “[T]o deprive people of their territory, their community or their home, would seem at first sight to be a heinous act of injustice. It would be like taking away any other source of basic need-satisfaction, on which people depend absolutely. …But this experience is not simply deprivation: there is a literal necessity to be re-placed. People who have lost their place, for one reason and another, must be provided with or find another. There is no question about it. People need it. They just do.”

NS on the rent gap