The Conservation of Montreal’s Urban Heritage

Montreal is an island. Mount Royal, located at its center, is only one of the city’s many geographical and topographical characteristics that determine its urban heritage. This heritage is also the result of the different layers of development, starting from the 17th century. The presentation aims to showcase Montreal’s urban heritage. With the help of examples of urban transformations taken from history as well those presently underway, the presentation will also discuss some of the conservation issues.

Claudine Déom is a professor at the School of Architecture. Her research is on the history of architecture and conservation of the built environment, with an emphasis on the process of attributing heritage values, in particular those of public buildings in Montreal and Quebec. Claudine Déom is also interested in the history of conservation in Canada since the 1960s. She works with conservation organizations such as Heritage Montreal and ICOMOS Canada and chaired the Canadian Educators in Conservation Round Table, a national network of professors and professionals involved in conservation education, from 2009 to 2013. She has been a member of the Conseil du patrimoine culturel du Québec, the province’s heritage advisory body, since 2017. 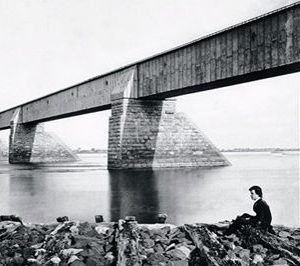