In March, Debora Kayembe became the new Rector of the University of Edinburgh, the third woman to take up the position and the first person of African descent in the role’s 162 year history. Elected unopposed, Debora stood on a platform of tackling injustice, fighting racism and addressing the inequality of access to higher education.

Unfortunately, because of the pandemic, the usual celebrations of the installation of a new Rector were unable to take place. But nonetheless Debora has begun her role with vigour and is looking forward to addressing these key issues. 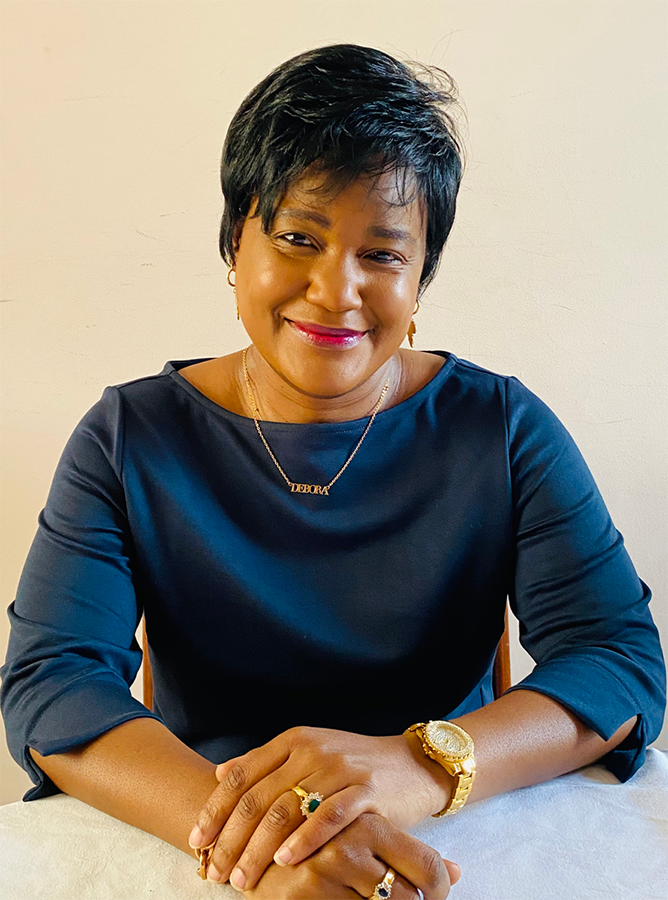 She said: “I am deeply, deeply honoured to take on this position. These are difficult and dark times where one race seems to raise above the other, where one gender seems to raise against the other and in this moment in time, I am the person chosen to lead this University in this difficult time.”

With a background in human rights law in the Congo, Debora first arrived as a refugee into the UK in 2005, settling in Blackburn, in the north of England. Unable to practice law she volunteered to support new refugees and established an interpretation and translation service to help asylum seekers navigate the complicated system, and of course her law background helped with this. By 2011, keen to get back to working in her profession Debora was told by the Law Society of England that her qualifications were not valid but could be in Scotland, so she made the bold decision to mover her family north of the border.

She says of that time: “I needed to make a very difficult decision, one of seeking a new start, seeking peace and I took my children and we drove all the way from the north of England to Scotland.

“When we arrived at the Border in Scotland, I remember this moment where my daughter asked me what was written there and it said ‘Welcome to Scotland, the land of the brave’ and I looked at my children and I said ‘I am one of them, let’s go’.”

In 2019, she became the first African to have her portrait erected on the wall of the Royal Society of Edinburgh. She describes this as a ‘great honour.’

She told us: “On the day that I received my phone call to say that an artist would be in touch with me to work on my portrait, I felt so proud. I said to myself ‘can I just breathe a little bit, because I have given so much to this.’

“But this portrait for me is a testament to generations to come that for a society that was very conservative and very inclusive of only white achievement, one day the door was opened to a different culture, to a different person who was not white, but one born, raised and educated in Africa and her contribution was valid, considered and celebrated. That is the legacy of that portrait for all generations to come.”

It’s clear Debora does not shy away from a challenge, and becoming Rector of a University during a global pandemic at a time when issues such as racial discrimination, the climate crisis and gender equality are at the forefront of students’ concerns, certainly provides that. But it’s an opportunity she relishes. She said: “The things that are a priority for me at the moment are anti-racism and climate change.

“I will focus on the agenda of combatting racism, promoting diversity and stamping out inequality in access to higher education. One of the deep changes in Scotland is fighting the institutionalised racism that exists here and how we exclude people through our education system because they were not born here, or educated here or because of the colour of their skin.

“After I’ve achieved my three-year term then people will say that there was a Rector who came in this University in these darkest days, marked by a terrible pandemic, marked by racial tensions, marked by gender tension and that the Rector worked so hard to leave a legacy of peace and justice. And to see that everything, every contribution by staff and student is valid.”

She’s also of course, very aware that the pandemic is going to continue to have an impact on the experience of students in the coming years. She said: “The education of the student is not only about reading books or writing essays, it’s the interaction between human beings and discovering yourself by interacting with other students and parts of society and we are missing that which is not good.

“But in this University we have the best thinkers, the best minds in the world, so we need to think about other ways that we can shape the future, so that the life of the student can get better. We have a long way to go because the pandemic is still with us, but there is hope that makes us believe that as human beings we can do it, we can survive this pandemic.”

Debora Kayembe, our new Rector / Bulletin magazine by blogadmin is licensed under a Creative Commons Attribution CC BY 3.0
communityinterviewstaff