Ben Harte did his undergraduate and postgraduate degrees in the former Mineralogy and Petrology Department, Cambridge, from 1959 to 1965. Since then he has held a series of positions in Earth Sciences at the University of Edinburgh, with appointment to a personal professorship in 1992. He has held visiting (sabbatical) research positions at: Carnegie Institution of Washington (USA), Cape Town University (RSA), Yale University (USA), and Ehime University (Japan). He was elected a fellow of the Royal Society of Edinburgh in 1985. 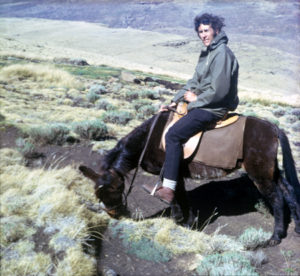 Ben Harte’s teaching and research interests have been across a broad spectrum of metamophic and igneous petrology, mineralogy and geochemistry. Recent publications are predominantly on melt infiltration and percolation in mantle peridotites, partition coefficients, geochemistry of diamonds (C isotope and N concentrations), and mineral inclusions in diamonds (particularly with respect to deep 300-800km mantle mineral assemblages). He has been extensively involved (1987 to present) with the development in Edinburgh of NERC Ion Microprobe (SIMS) facilities for Earth and Environmental Sciences in the UK, and the establishment of EMMAC (Edinburgh Materials and Micro-Analysis Centre). Earlier research principally involved structure, mineralogy and phase equilibria in pelitic and basic metamorphosed rocks from the Scottish Highlands. His research in the Scottish Highlands led to participation in thepublication of field guides to Barrow’s Zones in the eastern Scottish Highlands and to the Ballachulish Igneous Complex and aureole in the western Highlands. 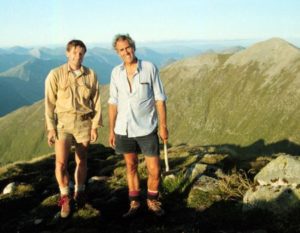