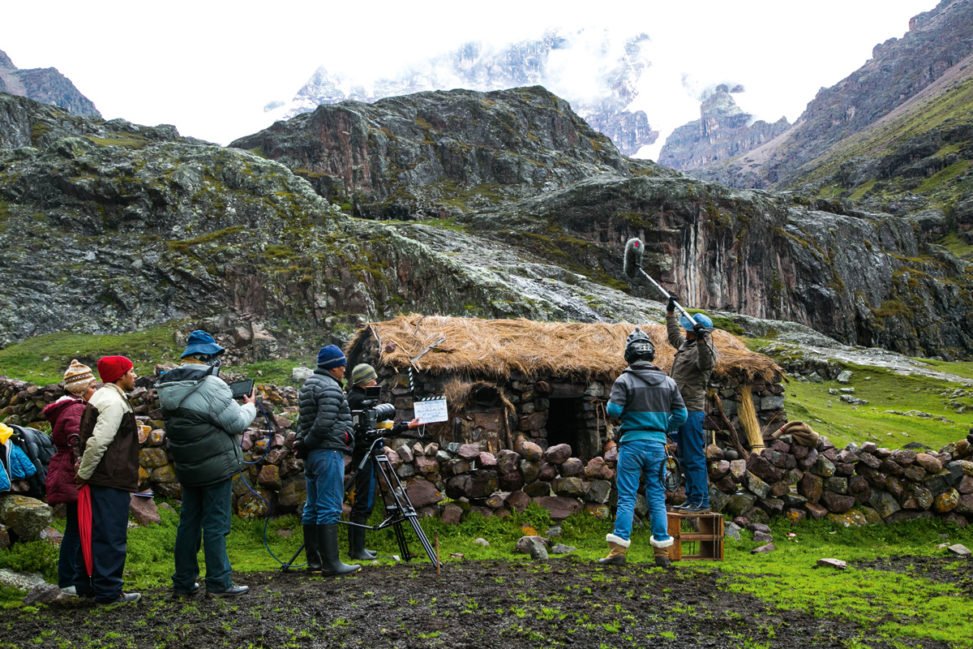 At the ImagineNative Film Festival I had the fortune to see Wiñaypacha, by peruvian filmmaker Óscar Catacora.  Wiñaypacha is an impressive film, even more so taking into account is is a first feature made with great limitations. The film is a low budget project and was developed from the start to be made with limited means. It is set in one location and the story only has two characters. Catacora shot the film himself with a small crew in the Andean highlands at 5000m altitude.

The film has no camera movement, but instead consists of 96 carefully composed long shots. The film also has no music and relies entirely on the acting and the story to create emotions. The story is about the elder couple Phaxi (Rosa Nina) and Willka (Vicente Catacora) who live in the Andean highlands and spend their time waiting for their son who has left for the city. The story recalls “Waiting for Godot” as the protagonists discuss the arrival of their son who will save them, but this day never comes.

The film starts out in a gentle documentary tone, showing Phaxi and Willka going about their daily lives, herding sheep, feeding their lama and spinning  wool. The interaction between the octogenerians and with their surrounding is of inmense tenderness and love. The story is simple but gripping and increases tension and obstacles as it advances. The story soon becomes relentless, putting the protagonists through intese suffering as they slowly but certainly lose everything they hold dear.

In different interviews Catacora explains how he developed the story thinking about his own grandparents living by themselves  in the Andes. He also tells about his approach to directing the non-professional actors. In Aymara culture youngsters have to address their elders with respect. As Catacora was 28 years old when he shot the film, he decided to work with a mediator who would support the communication between himself and both Rosa Nina and Vicente Catacora, his grandfather.  From everything it becomes clear that Catacora had a very respectful and careful approach to both the story and the actors.

The film has received a variety of awards, has raving critiques and is an important cultural testimony.