One day after a long day of work, I clicked on a short documentary on YouTube about single women in China. The main character featured in the video happened to be a female PhD student majoring in microbiology. Apparently, currently in Chinese society, a woman who is pursuing a PhD or has a PhD is a turnoff to many men due to being too ambitious and educated. For the reason women in PhD are often stereotypically perceived as being too fierce, women in China with a doctorate degree are referred to as “the third type of human”.  Such perception towards women in higher education reinforces the belief that women who often spend too much time in academia (especially in a science related field) are not interested to invest in fashion. This further reinforces the gender stereotype that women can only either be hard working or feminine. Being smart and feminine at the same time is uncommon.

Growing up, my hard working engineer mother often told me I shouldn’t care much about how I look on the outside if I want to be smart and successful.  My mom has never taken an interest in fashion or beauty. I was never allowed to wear makeup to school or dress like the popular girls due to my mother’s belief that investing time in fashion and beauty would distract me from getting good grades. For the reason my parents were extremely strict about what I wore as a child, I then conversely became a “girly girl” as I got older. As I became more exposed to the notion of professionalism, I soon realized that many women assume they have to adapt masculine characteristics in order to become successful. Additionally, it also appears that our society conditions young girls to believe that women have to be like men in order to move up the career ladder dominated by men. I then wondered why can’t society simply appreciate women for having the quality men don’t have and embrace our femininity in order to be successful?

As much as I love fashion, there has also been times when I haven’t worn makeup for over a month due to being overwhelmed by the heavy work load. However, to make up for it, every time I attend an important meeting or a conference, I would wear a very nice dress that is appropriate for the occasion. Since I know that being well-dressed will nevertheless give me more confidence while presenting in front of others. When I presented at my master’s research colloquium, I selected a white 1950s inspired pin-up dress with green polka dots. When I first met the director of Guatemala’s National Paediatric Oncology Unit, I became inspired by Elle Woods from Legally Blonde and wore a bright pink wiggle dress. During both occasions, I received positive feedbacks on my work as well as my outfit. Although different occasions have different dress code restrictions, it’s always possible to work around it and be your own professional self.

Women shouldn’t ever feel like they have to become “the third type of human” or fit in with any stereotypes in order to pursue a PhD. As a woman, it’s up to you whether you want to be a tomboy or be a girly girl at a conference or a supervisory meeting. For that reason, my goal as a PhD student is also to empower young girls to embrace who they are and still be successful in academia. 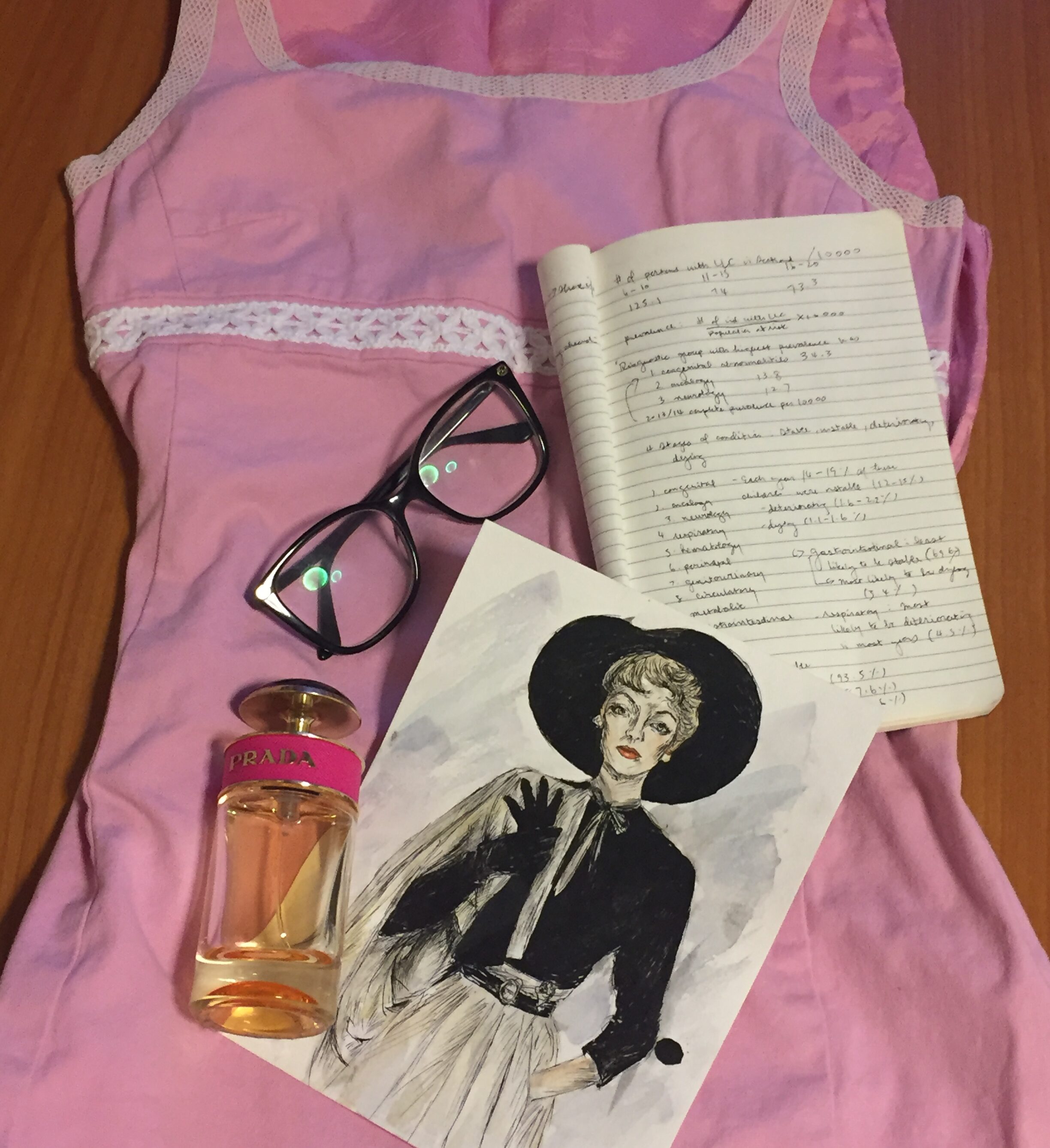 Female Phds – the third type of human… / Student Stories by blogadmin is licensed under a Creative Commons Attribution CC BY 3.0