One experience among many: Studying at Edinburgh…

My time in Edinburgh has been littered with experiences both within and out with academia that confirm I made the correct decision in spending 4 years here. From being taught by scientists that are at the top of their field to simply being able to walk into town and find something new to do. Choosing just one experience that highlights my time in Edinburgh is a challenge but even with a list that could fill many blogs, one memory sticks out as truly special.

For me, one of the most positive experiences I have had during my time in Edinburgh was on the Field Zoology field course. Field Zoology is a compulsory course for everyone on the 3rd year Zoology and Ecology honours programmes and is the first time that you spend extended amounts of time with everyone on the degree. We headed out to Millport, on the Isle of Cumbrae, with little idea of the extent to which the trip would affect the rest of our time in Edinburgh. Seven days later we would return both as better scientists and as one group of 25 friends. 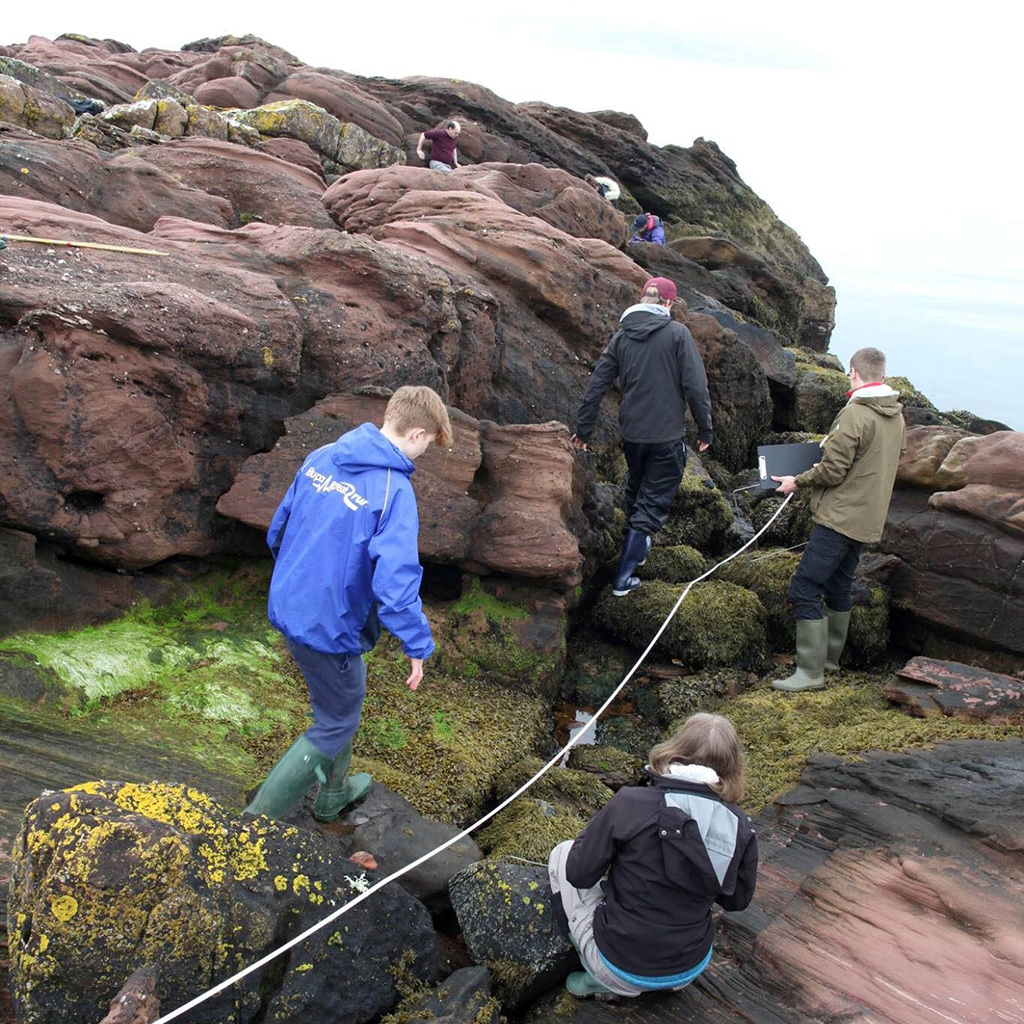 During the days we developed skills in species identification of coastal invertebrates, specific methods to study intertidal regions and organisms, as well as homing our ability to create robust experimental design. This combination of activities and being thrown together in randomised groups forced us to co-operate and form relationships with others that we may not have known previously. Although the working days were long and intense there was always time to walk to one of the three pubs on the island and socialise at night, often turning into a karaoke night aided by the friendliness of the hospitable locals.

Another positive that came from the trip is the relationships formed with staff. Having a staff member per 3-5 students means we all formed positive relationships and somewhat broke a barrier, getting to know them as people and not just lecturers. This means that now we have no hesitation about approaching the lecturers about anything of relevance, further improving our student experience. Millport is truly a highlight of my time in Edinburgh so far, facilitating the formation of group friendships, improving scientific competence and forming relationships with staff that could lead to references and studentships. My time in Millport has been a contributing factor in me aiming to undergo postgraduate study here in Edinburgh.

One experience among many: Studying at Edinburgh… / Student Stories by blogadmin is licensed under a Creative Commons Attribution CC BY 3.0