When people ask what sports clubs or societies I’ve joined at university, and I tell them I’m part of the sailing club, the immediate reaction is always an impressed: “Oh, so you sail?” It is normally at this precise moment that I feel the urge to qualify my original statement with the addition, “well, sailing is a rather loose term for what I actually do.” Because floundering about in a boat, trying not to capsize, run aground, or generally make too much of an idiot of myself, doesn’t really qualify as sailing.

Before starting at Edinburgh, I had never really pushed myself too far out of my comfort zone as far as sports were concerned. Excluding a certain disastrous attempt at lacrosse in the 7th grade (where my career-ending game involved me sprinting down the field to take a shot on goal, completely unaware I had lost the ball at least 50 yards back), I had pretty much stuck to dance and cheerleading. But university is meant to be a time for trying new things and after all, I thought, I do love boats…

From beach days and summers of lifeguard-camps, to distant memories of wake-boarding and water-skiing at Lake Mead, I’ve always taken pride in being good on the water. And yet, if there is one thing I’ve learned in the last couple of months, it’s that the idea of sailing I’d formed from summers spent in California, is very different from the reality of being out on the chilly waters of Scotland.

My first trip to Lake Linlithgow is a perfect example of this. Faced with a rather blustery morning, we were quite the sight on Edinburgh’s public transport, laden with our wetsuits and buoyancy aids. Arriving at the lake and watching the instructors rig the boats, we had no idea what was to come. That morning, I watched two boats capsize, another run aground twice and stood witness to a long series of other mishaps and desperate sailing attempts – all of which made for a very serious wake-up call about my previous sailing delusions.

All this isn’t to say though, that I haven’t enjoyed myself. Sailing certainly isn’t what I expected, but it’s also even more amazing than I thought it would be. Yes, it’s freezing and wet, but it’s also beautiful, with the hills of Scotland in the background and the lakes reflecting sunlight and drifting clouds. I’m out of my comfort zone in a way I’ve never been before, and yet I’m loving every minute of it!

So, I would encourage anyone else, whatever year you’re in, to take a chance and try something new. Now is the time to take risks and put yourself out there. After all, there will never be a better moment to do that sport or try that activity you’ve always wanted to try than now, at university.

The University of Edinburgh Student Blogs are supporting the Students’ Association’s Give It A Go Week, taking place from 15–21 January 2018.

Find out more about Give It A Go Week 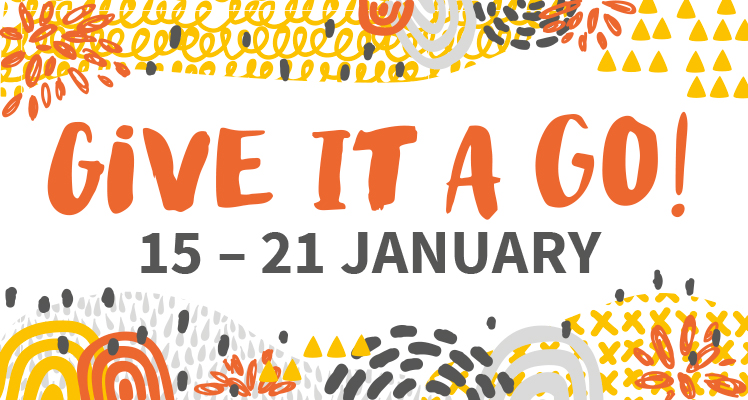 Best Five Free Things to do in Edinburgh…