Teaching, temples and taekwondo: my summer experience in South Korea…

It’s not every day that a trip half-way around the world is offered to you, so when an opportunity like this popped up in my emails from the University’s Moray House (School of Education), I didn’t hesitate to jump for it. It was an easy process applying to be accepted for the trip, and before I knew it I had plane tickets, packed bags, and had arrived in Incheon International Airport to start my journey in South Korea.

The trip was three weeks long, provided by a collaboration between KNU (Kyungpook National University), GTU (General Teaching University) and Moray House (University of Edinburgh). The main purpose of this trip was to experience a different culture and explore/ teach in an education system so different to the one I am learning about here in Scotland. Throughout the three weeks I attended KNU’s summer school programme studying ‘Modern Korean Society’, visited and taught children in Korean elementary schools about Scottish culture and experienced a range of Korean cultural activities.

This trip was my first time ever travelling alone, and it wasn’t until I had reached my overheated dorm room that some fear set in. It became very overwhelming – particularly the thought that if I felt like it, I couldn’t just go home – I was there to stay for three weeks! However, when I got there I met the other students from different countries that would be experiencing Korea with me – but I was the only one doing the teaching part of the trip.

The first major difference I noticed between Korea and Scotland was the heat – it was so incredibly HOT! The first time that it rained I basically cried out with joy, and refused to use an umbrella, much to my Korean buddies’ amazement (and amusement). This brings me to a funny difference between us Scots and the Koreans – at any sight or slight indication of rain, South Korea fills with a sea of umbrellas and panicking people – where as many Scots are out in the wind, rain and hail just in thin waterproofs.

Tour of Deagu, NorthGate (where I was staying)

After settling in, our Korean buddies (students at KNU) took us on a tour of the area surrounding the massive KNU grounds– the streets were very narrow and people, cars and motorbikes had to negotiate their way through. The streets weren’t as busy as I would have expected, but they were filled with neon signs and bright screens everywhere. After a few days I found it easy to get around NorthGate – although it was difficult to do anything without the help of a Korean speaker.

Our first proper cultural activity was Taekwondo, and well… it was not easy, but certainly a lot of fun. We spent a while doing lots of warm-up activities and having a laugh, which was a great way to get to know the other international students and I made some great friends. We were then taught how to defend ourselves using the art of Taekwondo – although I don’t think I will be needing to use my new skill any time soon. 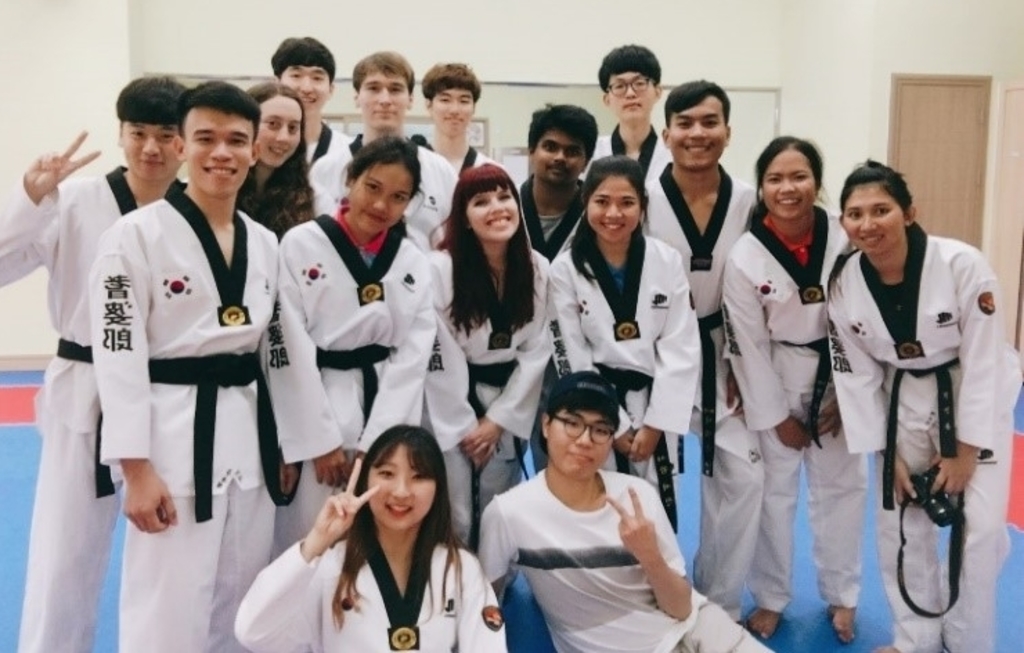 South Korea is very well known for its many brightly coloured temples, all of different religions. We were lucky enough to tour a couple of temples before experiencing a traditional overnight stay and delicious meal in one that was over 400 years old. Miraculously this 400 year old temple had air conditioning – I didn’t want to leave! 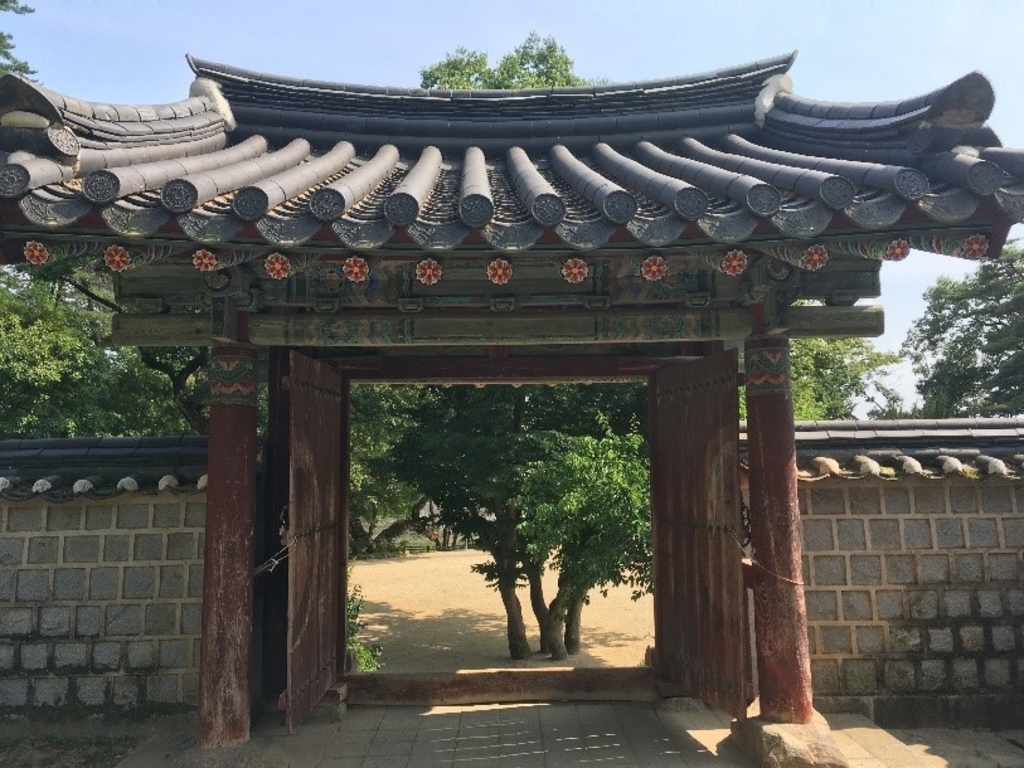 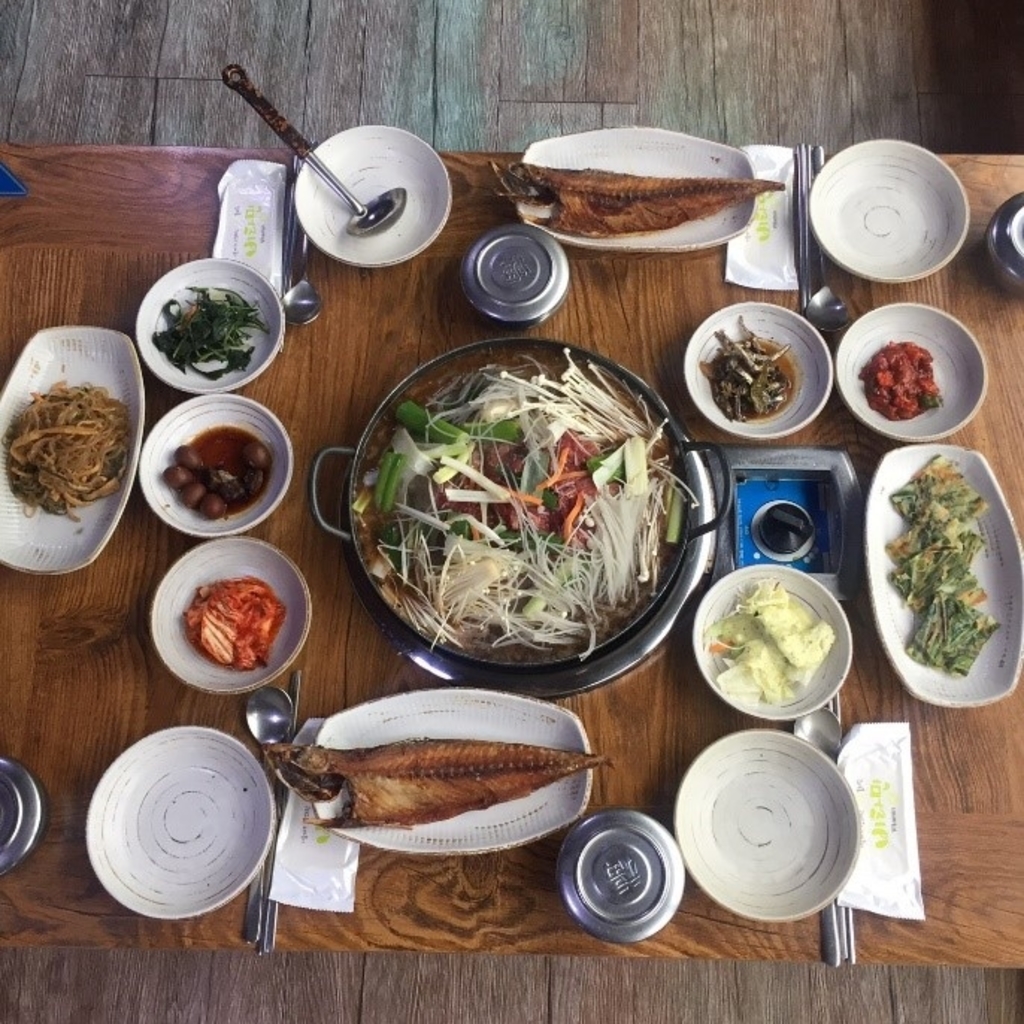 Before going to Korea I did not expect tea to be as important in traditional and modern culture as it was. Many different settings, whether traditional tourist experiences or professional teaching meetings revolved largely around drinking tea. Unfortunately for me, I really can’t stand tea – but I tried my best to keep it down.

One of the cultural activities was for all the international students to try on Hanbok (traditional Korean dress) and participate in a traditional tea-making ceremony. The dresses were interesting and made us look a bit funny – especially for the boys – but it was enjoyable trying on something different. The tea ceremony was around 20 minutes long to pour one cup. 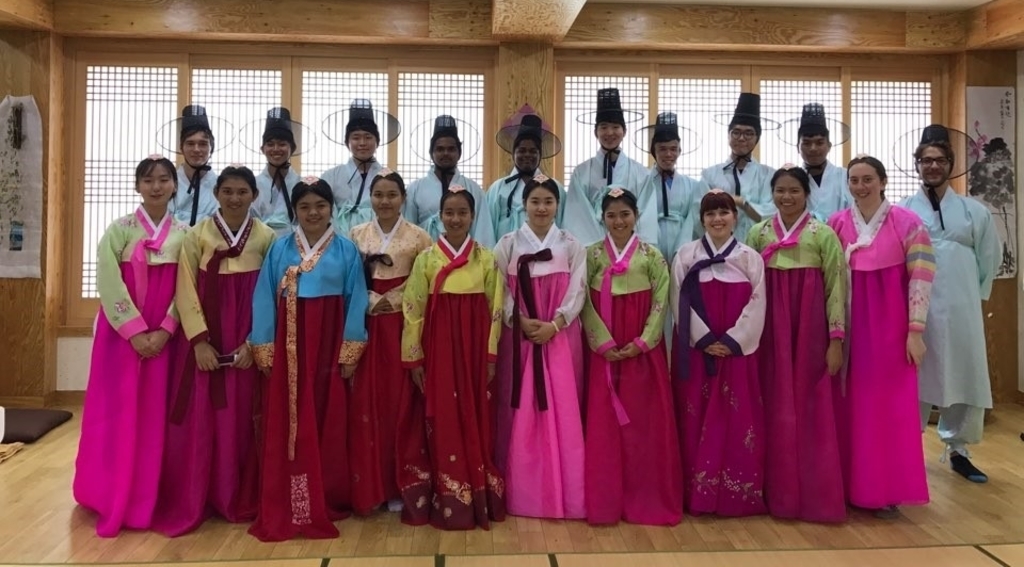 The result of trying on Hanbok.

These were only a few of things that I got up to in South Korea and the whole experience was great. I would love to go back to South Korea sometime in the future – but maybe in the winter, when it’s less hot!

Teaching, temples and taekwondo: my summer experience in South Korea… / Student Stories by blogadmin is licensed under a Creative Commons Attribution CC BY 3.0

From Scotland to The Smiling Coast…

From Argentina to Edinburgh: thoughts of a recent graduate…

1 reply to “Teaching, temples and taekwondo: my summer experience in South Korea…”