Exploring Scotland (and the world), courtesy of Medicine…

For me, one of the highlights of studying Medicine in Edinburgh is the opportunity to explore Scotland as part of the course. After completing two to three years of lectures in Edinburgh, you enter your clinical years during which you complete several “rotations” in different hospitals across Scotland. During the last three years, I have been placed in at least eight different hospitals including as far as Dumfries and Galloway hospital.

During the final year of the course, after completing our dreaded exams (“finals”), we actually get the opportunity to travel abroad to learn medicine in a different country or setting. This is known as the medical elective. For my elective, I undertook a six-week long placement in haematology in Long Island, New York. My interests in haematology and a chance to reconnect with family living in the USA drove me to apply here. After almost a year of organising the paperwork and getting appropriately vaccinated I found myself ready to begin one of the best adventures I’ve had in medical school.

There are three main types of blood cells in your body – white blood cells, red blood cells and platelets. These cells are all made in a blood cell factory known as the bone marrow. There are various medical disorders which can affect the bone marrow and therefore affect these cells. Consequently, people suffer from the lack of function of these cells. For example, a lack of white cells, the soliders of the body, leaves people susceptible to infections. One way to investigate the possible disease affecting the bone marrow is to do a bone marrow biopsy. This is usually a technique performed by trained haematology trainees and doctors. However, during my elective I was given a wonderful opportunity to learn this technique under guidance from one of the most enthusiastic teachers I have ever met. I also learned that playing music while doing the bone marrow biopsy helps the patients take their minds off the pain…one patient hummed along to Frank Sinatra the entire way through the procedure and did not complain!

Sickle cell disease (SCD) is a haemoglobinopathy affecting the haemoglobin in the red blood cells. The condition is particularly prevalent in certain ethnic groups as it is believed to confer a survival advantage against malaria. Due to the demographics of Edinburgh, my learning of SCD was confined to textbooks. However, I soon witnessed first-hand the devastating impact that a sickle cell crisis can have through the suffering of many of the patients. These patients were often referred to as “sicklers”.  With no objective test to assess pain, sicklers often ended up being stigmatised and labelled as drug-seekers and never get appropriate pain management (1). There are two sides to this issue. Ethically, while it is our duty as doctors to “do good”, it is perhaps more important to “do no harm”. The reflex response to a patient presenting in pain is to relieve it. Although there is good reason, on moral grounds, to do so, the injudicious use of opioids has led to devastating consequences to American health related to addiction (2). Indeed, national guidelines for sickle cell pain crises suggest using opioids sparingly. However, the real issue lies deeper in SCD because of the accompanying stigma (3). While a greater research effort into managing sickle cell pain crises is important, what is more desperately needed is a culture change.

A six-week elective was not going to be enough to appreciate the complexities of the American healthcare system. Nonetheless, my experiences helped me appreciate the NHS in a new light through the differences which exist between the healthcare systems. The NHS is centred around primary care which makes referrals to specialist care when deemed appropriate. While it is true that private practice exists in the UK, most people will use the NHS. Generally, I observed that the opposite was true in USA whereby primary care was not at the centre of healthcare. Interestingly, patients chose their own private specialists, and doctors often referred patients to their own friends for specialist reviews. Essentially, patients were “shopping around” for their own doctors. Hospital websites advertised physician ratings and patient comments. You could learn where your physician went to medical school and trained. In fact, I even witnessed a patient choose an oncologist for the sole reason that the they “had 5-star ratings on all the websites” she had checked. However, there is a significant information asymmetry between doctors and patients in this regard. Indeed, while patients expect differences between doctors or hospitals to be insignificant like a shark-fin shaped curve, doctors know that the differences often follow a bell-shaped curve (4). This problem is not reserved to the USA. For example, a Scottish study for resectable colorectal carcinoma found that 10-year survival rates varied from 20 to 63% depending on the surgeon (4).  We are not perfect. This is an uncomfortable fact for many doctors to confront. Recently, there has been a controversial trend to publish mortality rates for individual surgeons in the UK. However, just like the physician ratings on the American websites, this metric is highly unreliable and might cause more harm than good until appropriate measures are devised (5).

I was surprised to learn that a significant amount of my family lived in America. While on elective, I did get a chance to visit family in Manhattan, Michigan, Chicago and New Jersey.

During one of my free weekends I was able to visit a cousin in Chicago and witness some of the architectural wonders of Chicago. 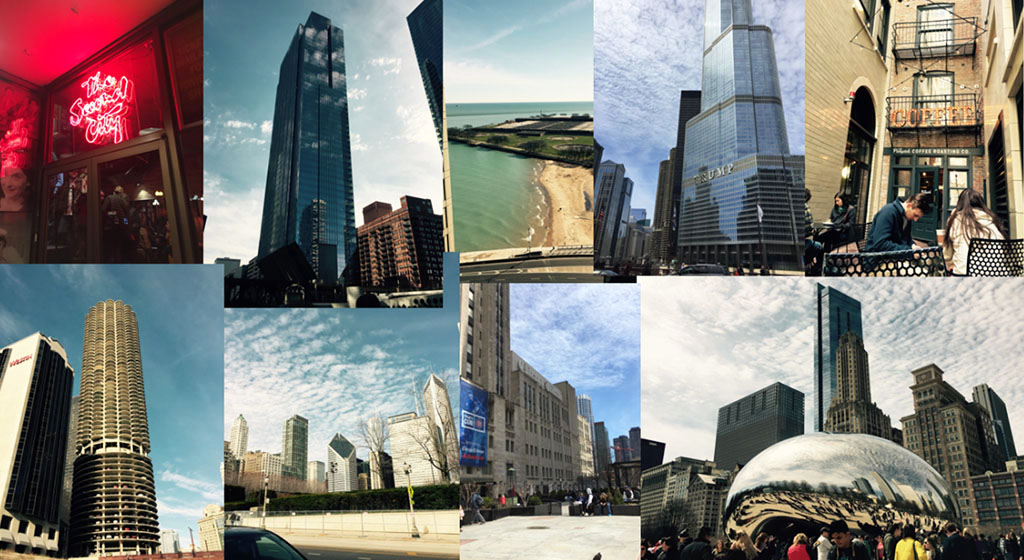 Exploring Scotland (and the world), courtesy of Medicine… / Student Stories by blogadmin is licensed under a Creative Commons Attribution CC BY 3.0

Top tips on saving money whilst being a student in Edinburgh…