…by Clarissa / from Indonesia / studies Nursing / 1st Year of PhD

I am the kind of person who enjoys food. I am not necessarily referring to the enjoyment of food in the sense of eating excessively, but am more referring to the times where I have let my taste buds experience new flavours. Since university life is not only about studying, I also make the most of opportunities to try different types of food by attending events from several student societies. So far, these are the top three dishes that I have tried since starting University. 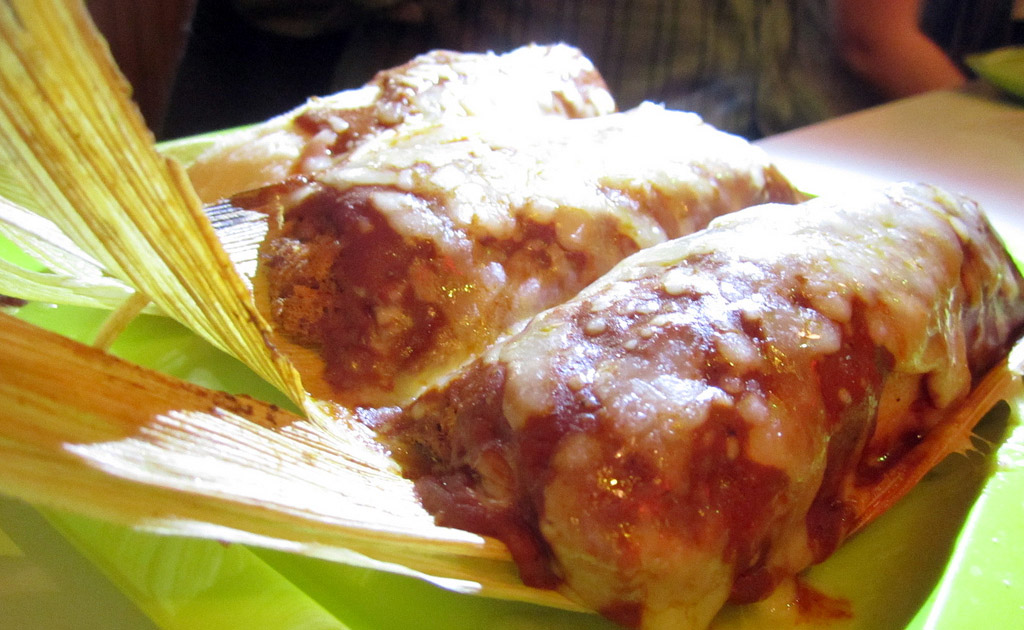 This savoury dish is famous in Latin American countries. Two years ago I got a chance to help some friends from the Mexican Society prepare Mexican-style tamales for the Dia de la Candelaria event. The Mexican way of cooking tamales is to make a dough from tamales dough flour by mixing it with chicken broth and pork fat. Next, the dough is stuffed with chicken or pork fillings and then wrapped with corn husks. After all this is done, the tamales then need to be steamed until tender. Although it took almost four hours for the tamales to be fully cooked, the taste was really worth the wait!

Recently I went to a networking event hosted by Global Health Academy which focused on the latest health challenges in the Middle East. Not only did I have a chance to network with other PhD students, but I also got to taste kunafa. Kunafa is a popular Middle Eastern pastry baked with cheese and soaked with a sugar based syrup, usually served for dessert. Originally from Palestine, but also popular in other Arabic countries, there are different types of kunafa depending on the region. Whilst I don’t know which type of kunafa that I tried at the event, I do remember the delicious and mouth-watering sugary flavour with a hint of cheese flavouring.

This is my Edinburgh experience…