At the start of the week I decided I wanted to create a science-fiction permanent prosthesis that–were it a functional prosthesis–would drastically enhance the natural performance of a certain animal rather than an armour for an animal. First I had to choose a species that had an interesting limb that would make the sculpture and the process of making it more enthralling. I chose the wing of a Mediterranean horseshoe bat which has many little intricacies that make it intriguing. Earlier this week I also had to decide on the materials I would use. I wanted them to be sustainable, but not obvious. During my brainstorming session I remembered that my family had a lot of electronic waste. I got to work, by disassembling old chargers, phones, computers, wires and salvaging parts of them that I saw most useful for the creation of my sculpture. In the final sculpture I plan on incorporating led lights that will light up certain parts of the wing. The inspiration for using LED lights is Mario Merz, an Italian Arte Povera artist. He uses them to evoke memories of cheap stores with kitsch LED signs up front. What is interesting is that I will use the same lights, but for a completely opposite concept. The lights will give my sculpture a futuristic look, and give the viewer the impression that this is a working prosthesis brought back from the future.

In order to get a better idea of what the sculpture will look like, I created several preliminary sketches of different designs and concepts. After reaching a better understanding of my sculpture’s appearance, I created a wire skeleton that would support the whole structure of the wing and the different electronic parts attached to it. The wire that I used was from an old failed sculpture of mine. The wing itself is about 13 centimeters long, which is the accurate size for the Mediterranean horseshoe bat’s wing. 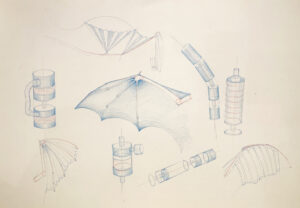 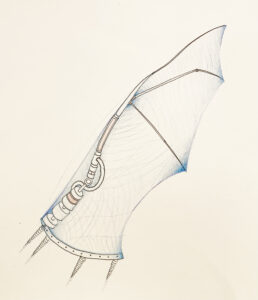 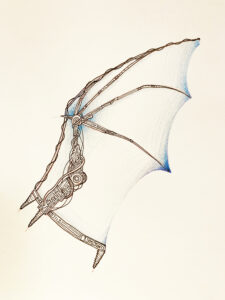 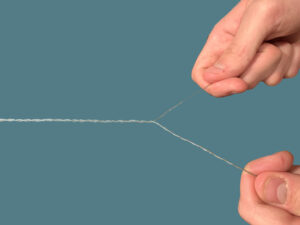 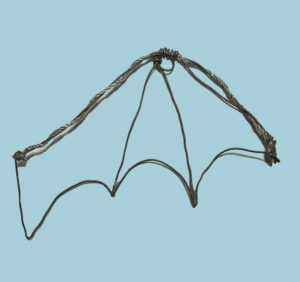