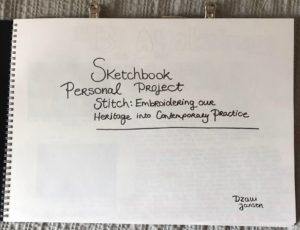 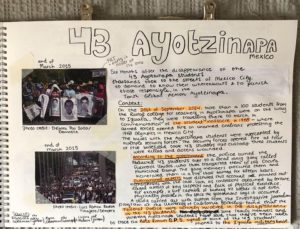 On the 26th of September, 2014, more than a hundred students from the Rural college for teachers in Ayotzinapa were on the way to Iguala. They were travelling there to march in commemoration of the student massacre in 1968 – where armed forces opened fire on unarmed civilians protesting the 1968 Olympics in Mexico City.

According to the government, the police turned the abducted 43 students over to a local drug gang called Guerreros Unidos, who then transported them to the Cocula (Municipal garbage dump). The gang members executed them and incinerated them in a fire that burned for fifteen hours – according to a government report.

International experts have long disputed this account and pointed out inconsistencies and errors with the government’s case. Such as confessions obtained by torture, illegal arrests of key suspects and lack of physical evidence. For example, a dire capable of burning 42 bodies would not have been physically possible in the space the government says it occurred. A study carried out with support from the Investigative Journalism program at the University of California Berkeley found that the Federal Police were actively involved in the disappearance of the 43 students. Some family members and surviving Ayotzinapa students have also said that they’ve been able to trace the last known G.P.S. signal of some of the 43 students’ phones to the Iguala military base (Devereaux, 2017). 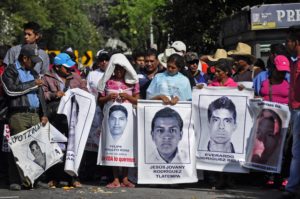 This picture was taken at the end of March 2015. Six months after the disappearance of the 43 Ayotzinapa students thousands took to the streets of Mexico City to demand to know their whereabouts and to punish those responsible. 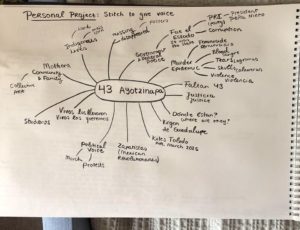 43 Ayotzinapa Information / Stitch ahead with Dzaui by blogadmin is licensed under a Creative Commons Attribution CC BY 3.0