I’ve decided to start a new project this semester based around the idea of ‘melodramas’ and where they occur in the world and to what purpose.

My idea right now is to title it ‘A Series of Melodramas’ or ‘An Unconvincing Melodrama; A series of stories’ I can’t decide yet. And then to have artworks depicting various examples I find as I navigate stories, concepts and events that shape the world. I will label them ‘episodes’ making a reference to the common way we experiences narratives through series and podcasts.

possible episodes could be; 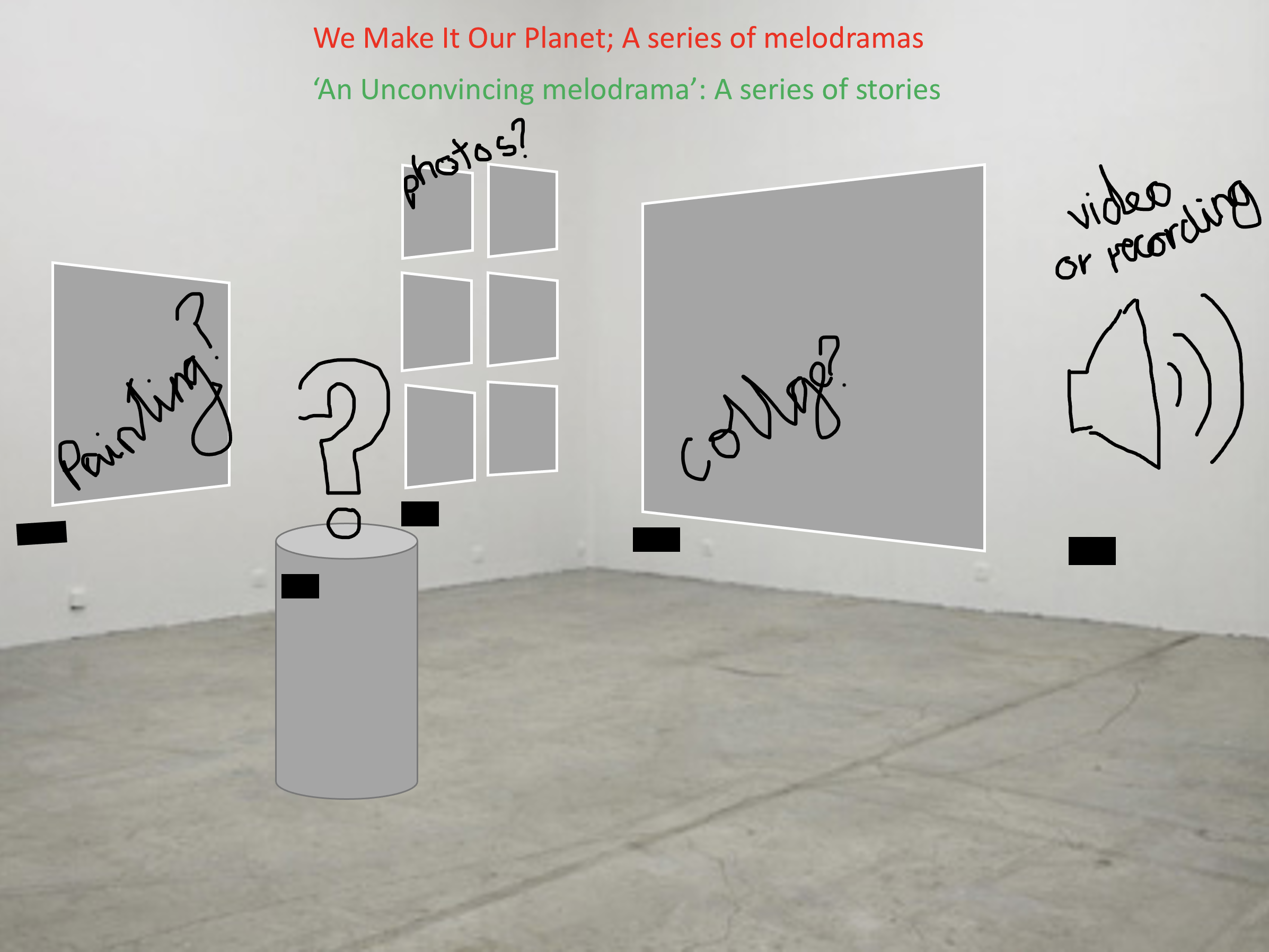 I then did a ‘performance presentation’ for contemporary artistic research describing a sort of overview of my ideas;

I gave a brief description of a stock character usually found within a classic 19th century melodrama and then gave a part of a sort of narrators description of a real person I have research that relates to the ‘role’.

“My presentation will give a flavour of the beginnings of a new project I have started this semester. In this project I’m looking at examples of melodramas within the ever-developing storyline of our modern planet. As we turn on our televisions, click on a podcast or catch a snippet of the radio to find out what new obstacles lie in store for the most notorious heroes and villains of the world’s stage how do they affect ‘us’-the audience of these performances. And why cant we get enough of them? Can bold declarations and cardboard characters give us more insight into human nature and our desire to ‘play’ a certain role in our lives. My research explores top current news story’s and classic literature with my own interpretation in a narrators role.” 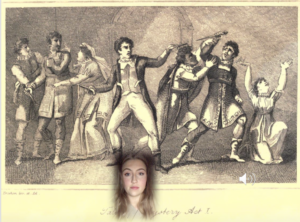 My transcript for the performance essay:

A hero: he who is moral, brave, handsome and manly. He acts on intuition and is in tune to nature. He fights against evil and injustice, he saves the heroine from danger and defeats the villain. And, while he believes in justice, he does not always follow the less important rules of society. He

Real; The poison was hidden in his clothes. He’s risked everything time and time again to speak out, All others who have dared speak out have ended up dead. I’m trying to not think about it cause look I think I’m ready to sacrifice everything for my job, for the people who surrounding me, and not let them down. He survived against all the odds. What doesn’t kill you makes you stronger. Everyone asking me this question are you afraid to come back to Russia and my job is to not be afraid and go back to Russia.

A heroin: Who is also moral in that she is innocent. Also, beautiful, kind, gentle but courageous. She is often in love with the hero and likely needing saving.

Real; a brilliant and courageous spy who had helped to liberate occupied France and had survived incarceration and torture in a Nazi concentration camp. Mission. Resistance. Eileen had to be clever and ever-vigilant. She was taken to Gestapo headquarters and subjected to prolonged and brutal interrogation. She sought out a life of privacy and seclusion, rejecting any and all opportunities to celebrate her wartime heroism.

A villain: who is evil. These characters are often dishonest, greedy, rich, powerful, vengeful and corrupt.

-where he lifted the armrest, grabbed her breasts, and put his hand up her skirt.

–allowing states to “waive, defer, grant exemptions from or delay implementation of any provision or requirement” from the affordable care act

-a 90-day ban on citizens from seven Muslim-majority countries from entering the United States, while also indefinitely halting incoming refugees from Syria.

–expressed no regret for having incited the mob that raided the building.

A villain’s accomplice: they who help the villain. Who is usually rather idiotic and serves as Comic Relief.

-“It doesn’t look like much work goes on at this University.”

-“Bits are beginning to drop off.”

-Bugger the table plan, give me my dinner!”

-‘What do you gargle with, pebbles?’, “It’s difficult to see how it’s possible to become immensely valuable by singing what are the most hideous songs.”

-“Young people are the same as they always were. Just as ignorant.”

-“I declare this thing open, whatever it is.”

-“Cats kill far more birds than men. Why don’t you have a slogan: ‘Kill a cat and save a bird?'”

-‘If it doesn’t fart or eat hay, she isn’t interested.’

A faithful servant: the accomplice of the hero, who helps uncover needed information on the villain. He is not as brave, courageous or handsome as the hero but is truly as moral and good.

Real; Ryan, a teen from Indiana, a hemophiliac who contracted AIDS through a blood transfusion. He passed away at 18. Through his struggle with the disease, he became the new face of the epidemic, debunking the myth that AIDS afflicted only drug users and the sexually promiscuous. His fight for fair and equal treatment from his public school system helped expose the discrimination faced by AIDS patients and made him one of the inspirational people who changed the world.

A maidservant: who is flirty, fun and loyal to the heroine.

Real;  Kate explores the double standards thrown at female comics who are expected to be humble and adorable but also strong enough to withstand endless abuse and outright sexism. Raw, unfiltered hilarity and brutally honest and wildly entertaining, a bold take on double standards and the expectations and judgements foisted on women. She’s sworn, flashed her hairy armpits, shown up in pyjamas, called a Daily Mail columnist “Dad” and shouted at a nun all on live TV. That’s when she’s not insulting organised religion or the monarchy. But who’s gonna do it when 12% of americans think joan of arc was noahs wife!

The New Plan / Rose Hinton by blogadmin is licensed under a Creative Commons Attribution CC BY 3.0