After reading the article ‘What is dark Ecology?’ by Timothy Morton I was introduced to the concept of Gaia theory;

Gaia: The primordial goddess who personified the Earth in Greek mythology.

Gaia Theory: For much of the past 3.8 billion years a holistic feedback system has played out in the biosphere, with life forms regulating temperature and proportions of gases in the atmosphere to life advantage.

This started my thinking into spirituality surrounding nature and our relationship as individuals, and within society, to the current ecological era we find ourselves in.

Im interested in symbiosis; interaction between two different organisms living in close physical association, typically to the advantage of both. I like to think about the way humans react and co-exist with all other living organisms, and how different people have a different perspective on this; whether it be that they assume control and precedence over the other or that they take a role alongside and within the living community of the earth or even that they feel threatened and at the mercy of the natural world.

Timothy Morton’s article also introduced me to the term ‘Ecognosis’ which involves realising that non-humans are installed at profound levels of the human- not just biologically and socially but in the very structure of thought and logic. Coexisting with these non-humans is ecological through art, ethics and politics.

I think this is an important concept when thinking about the current state of our ecology and the ways in which the world needs to change if we are to save the environments we are currently loosing due to climate change and global warming caused by humans. I believe the first step in protecting the earth is to change attitudes and beliefs because if there is no emotional driving force behind the action then the physical implementation won’t happen. 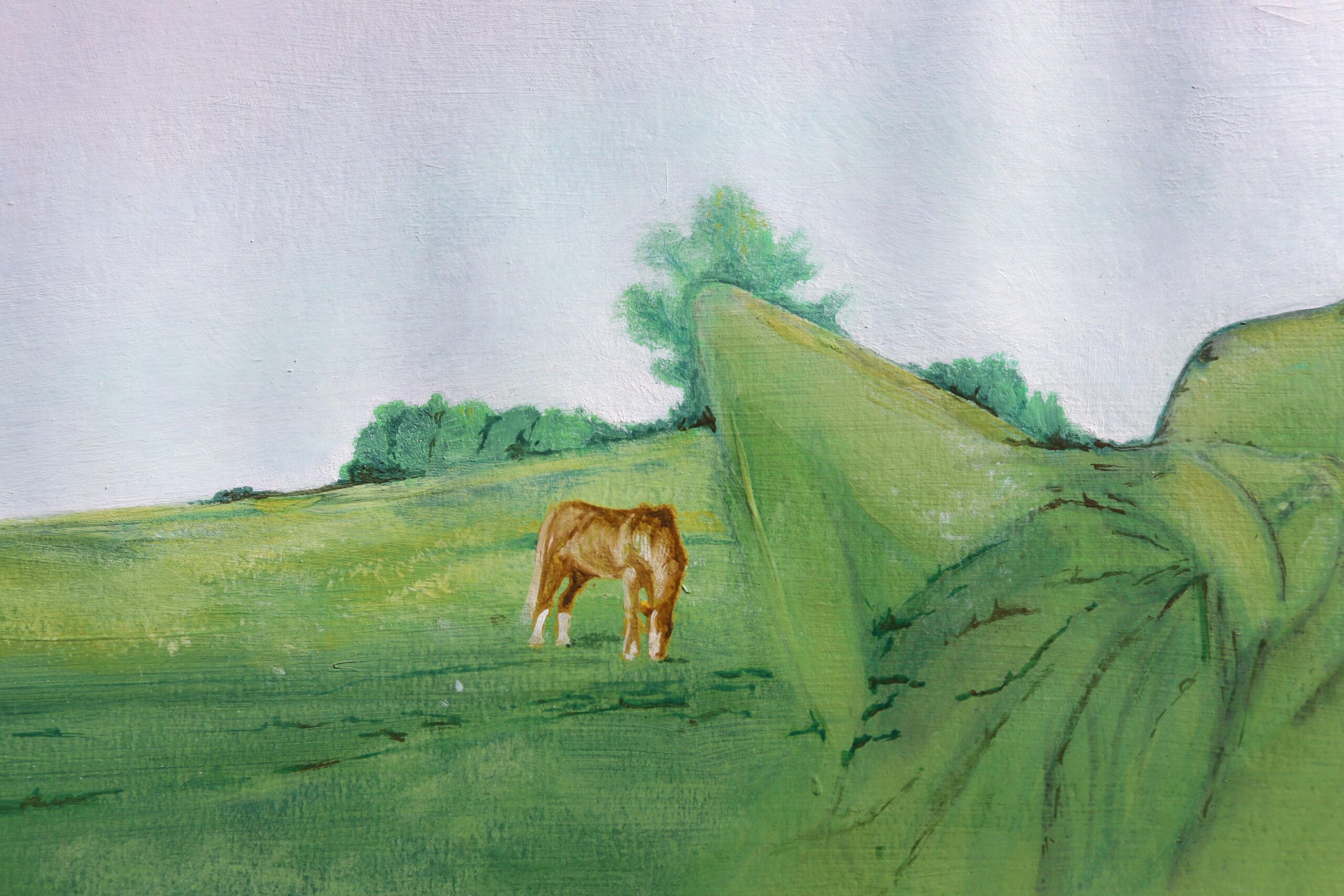 I had taken the photograph when thinking about ecognosis and Gaia theory and it resonated with me through the way in which the horses were feeding off the land that made them look like they were being held within a kind and soft palm of a hand. That the land wasn’t cold and inanimate but was a breathing entity itself. Like the tiny fish that hold on to the underside of a whale or the oxpecker bird that is carried on the back of a rhino.

But these relationships don’t just go one way, they are mutualistic (Mutualism is an ecological interaction between at least two species, where both partners benefit from the relationship).

The earth is enriched by the waste of the horses, the wale is cleaned of bacteria by the fish and the oxpecker eats all the bugs and parasites residing on the rhino  and also at the same time, whenever there is danger to the rhino, the bird flies high to alert other animals to a predator.

Im thinking about whether as humans we are still part of these ecological relationships or we have fought so hard to distance ourselves from the natural world through industrialisation, capitalism, war, pollution… that we as a species are no longer beneficial to any other living organisms and the Anthropocene is the earth (or Gaia?) making conditions so that we can no longer survive. 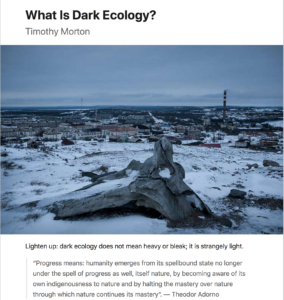 Thinking about the Anthropocene / Rose Hinton by blogadmin is licensed under a Creative Commons Attribution CC BY 3.0