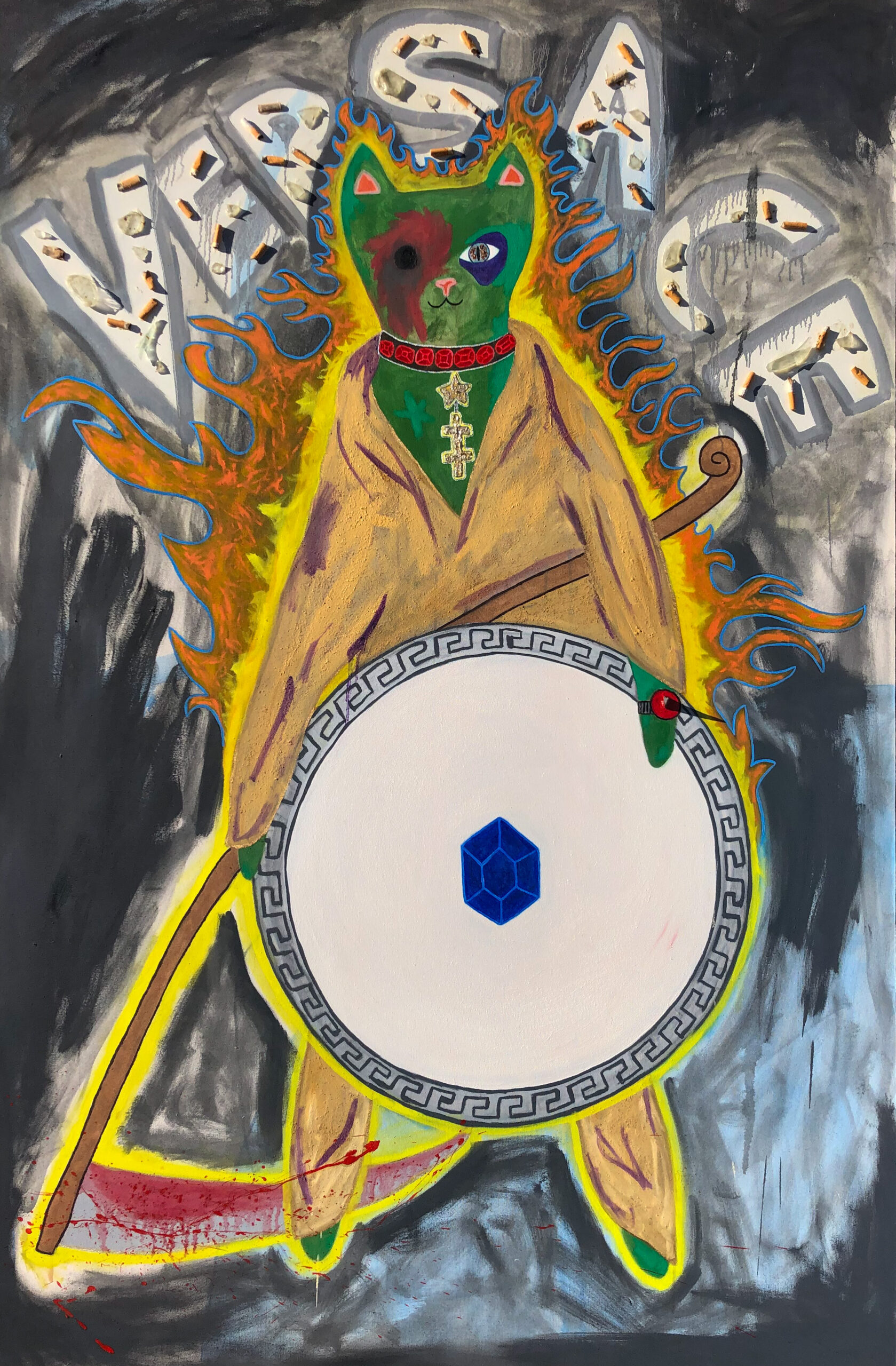 Versace is a very aggressive house, both in terms of its recruiting methods and its love of combat. Although they recruit heavily, most potential initiates are required to fight on the spot to prove their worth. A victory is not necessarily required to join; it is a trial mean to determine a Feline’s combat readiness and willpower. One of the few houses to have a Judge, in this case “Versace Reaper” (pictured above). They are constantly picking fights, seemingly out of the blue, with rival houses (the most prominent of them being Prada and Gucci Group). Versace Cat, (pictured below) is the front-facing Feline of the house, as he is the one who fights/interacts with the other Felinesof Olympus the most. He takes orders, for the most part, from Versace Reaper. Versace Cat lost his eye fighting Xharro, and sustained even more scaring from his altercation with Rei and Watanabe from Comme des Garçons. The more Versace Cat fights, whether he wins or loses, the more he becomes enthralled by combat, and he is constantly improving his abilities.

In Edinburgh, they are currently fighting with Prada (and to a lesser degree Gucci Group) over the Fruitmarket Gallery. 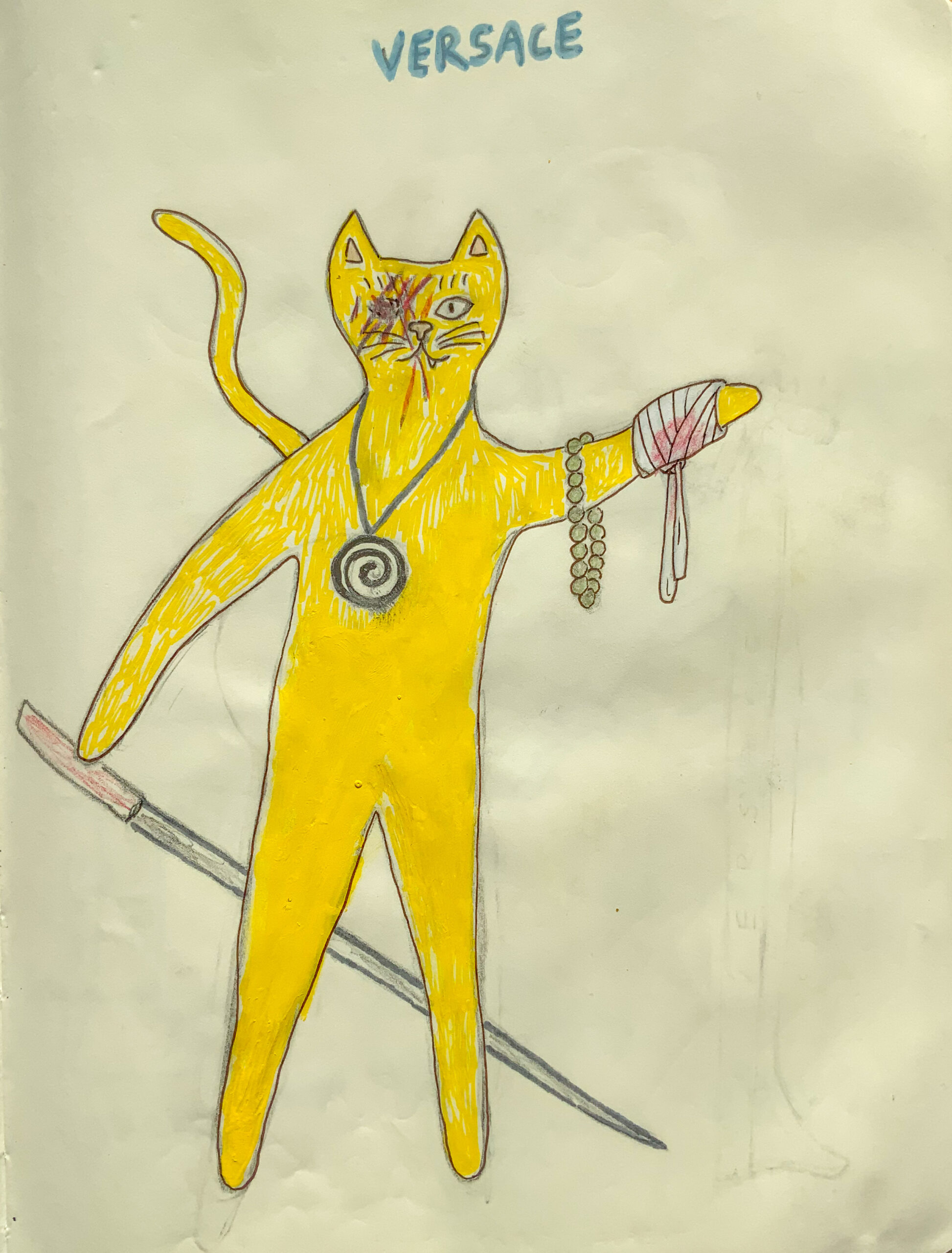 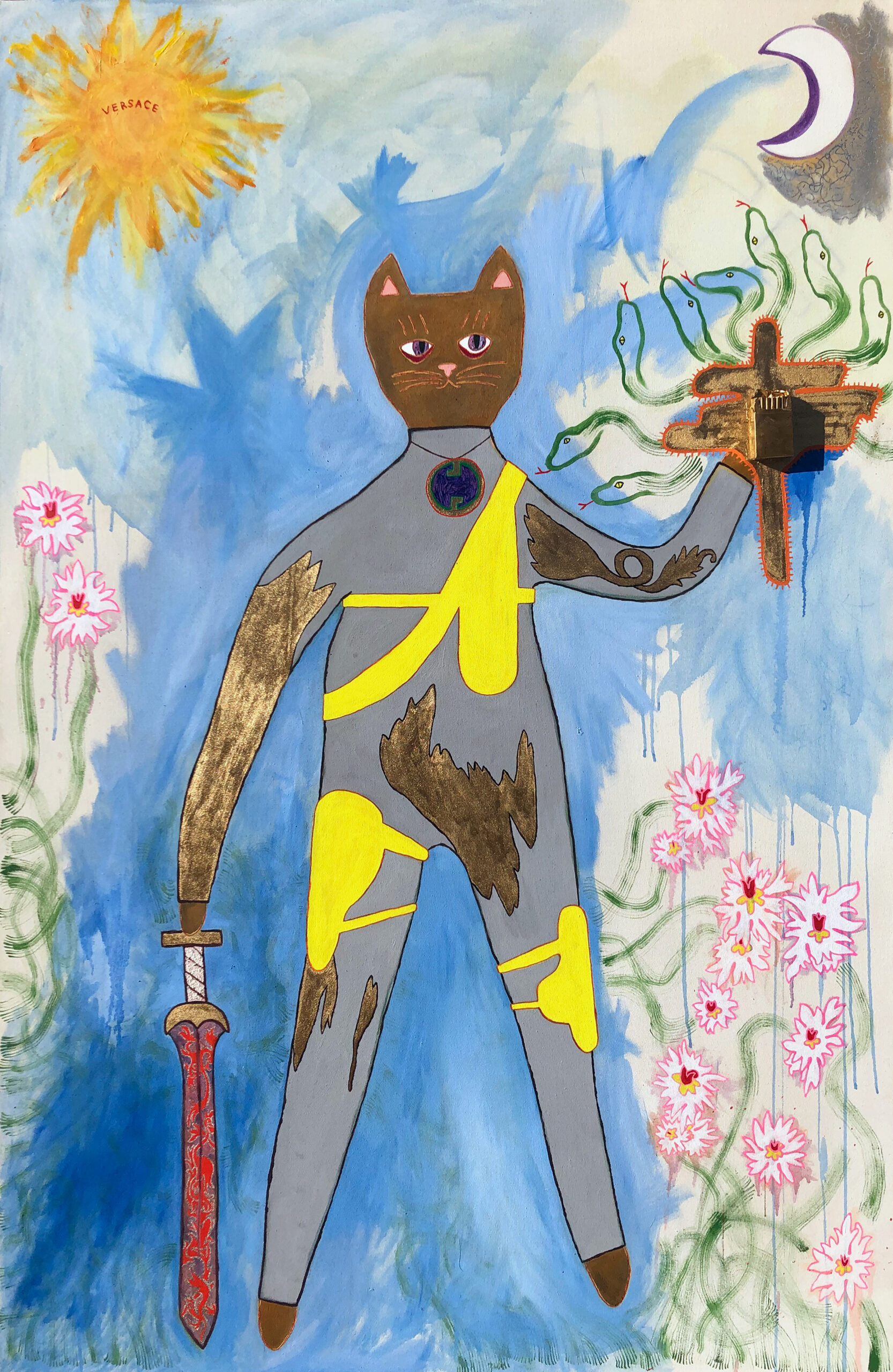 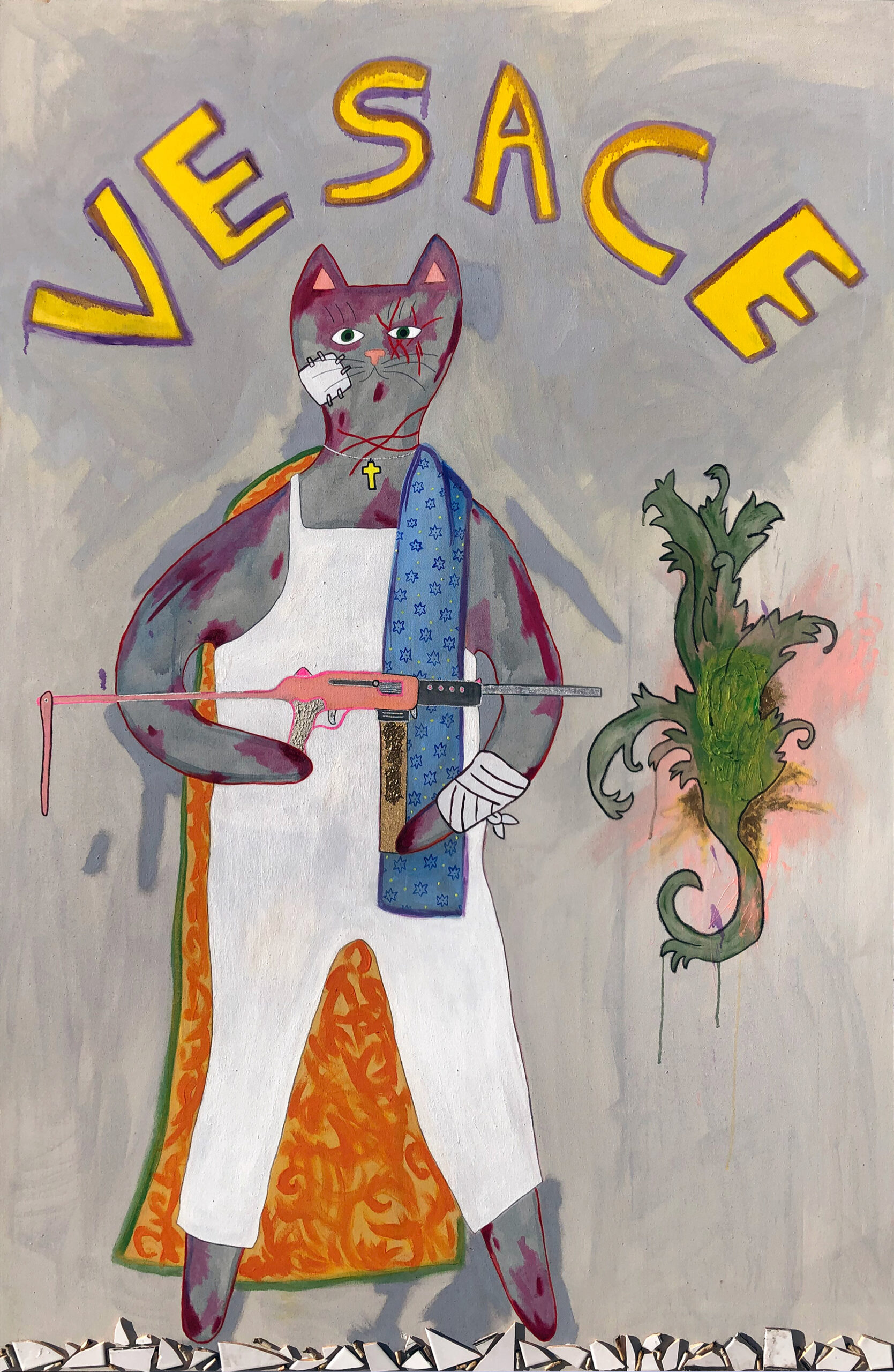