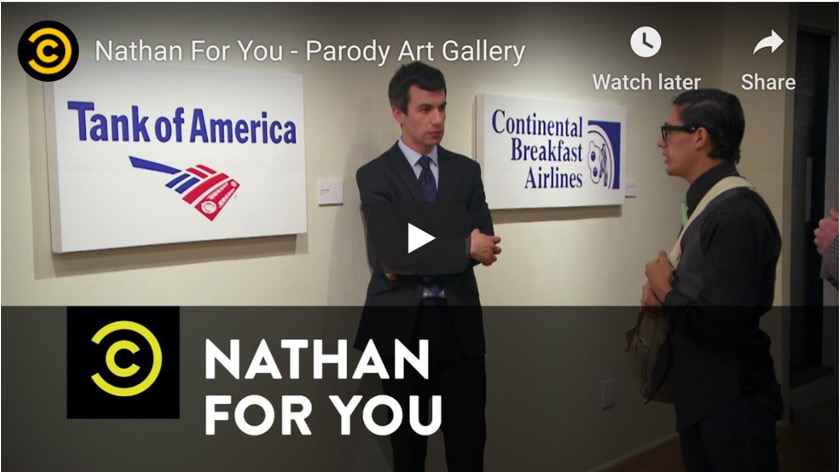 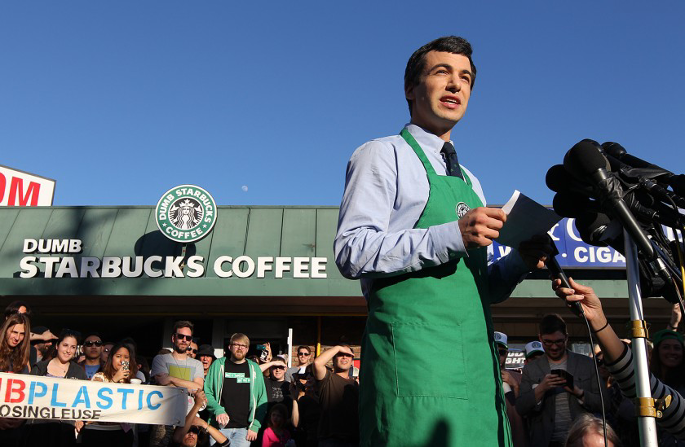 Disrupted “normalised” space. People mutually understand Starbucks, so Fielder uses this mutual understanding/recognition of a company to create an alternate mirror space. Similar to Catellan’s false naming of the Gagosian Gallery. Using recognisable language/spaces to create a hybrid, strange space that disrupts your expectations of what it is. People originally thought that this was a Banksy work. 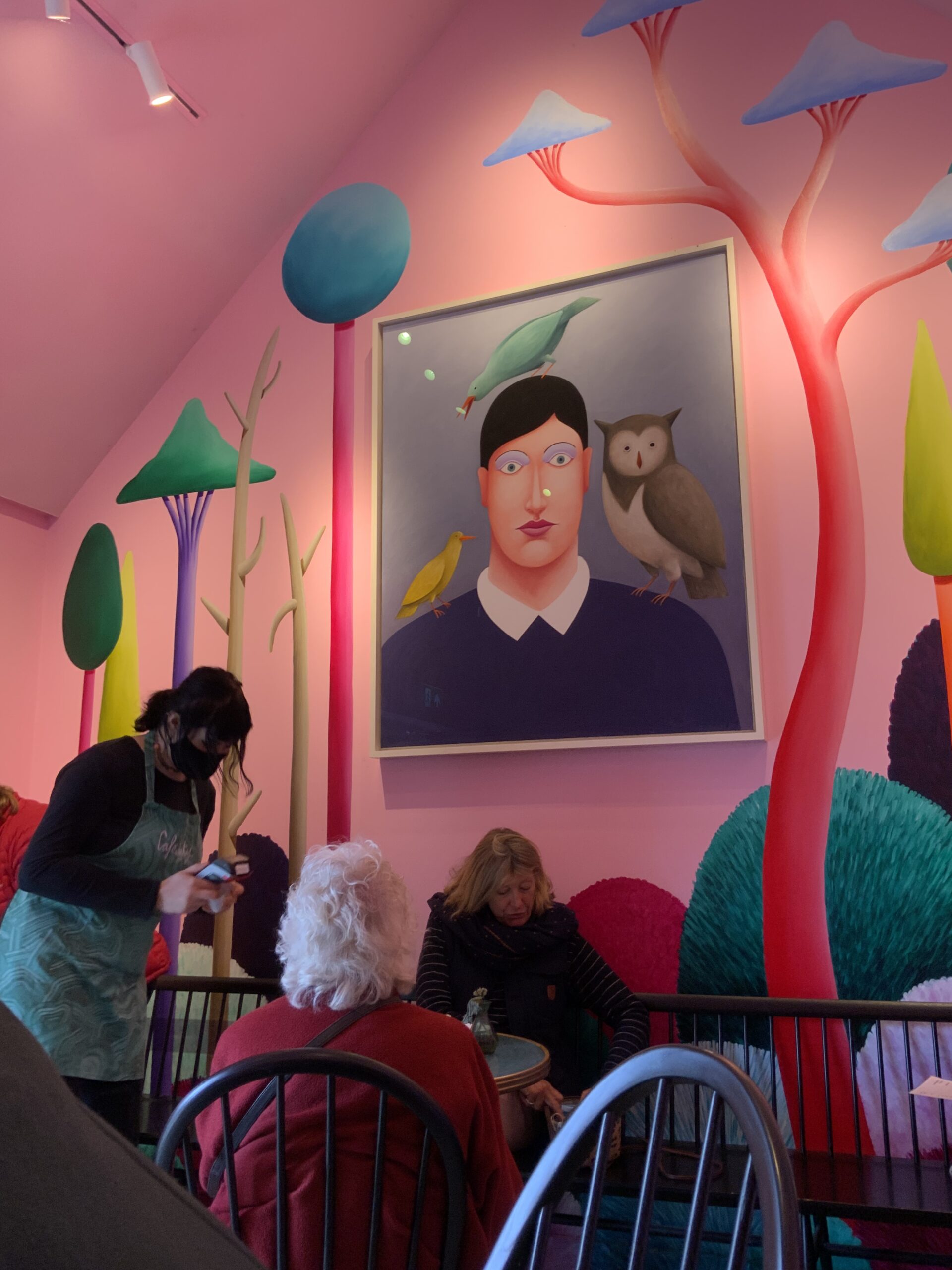 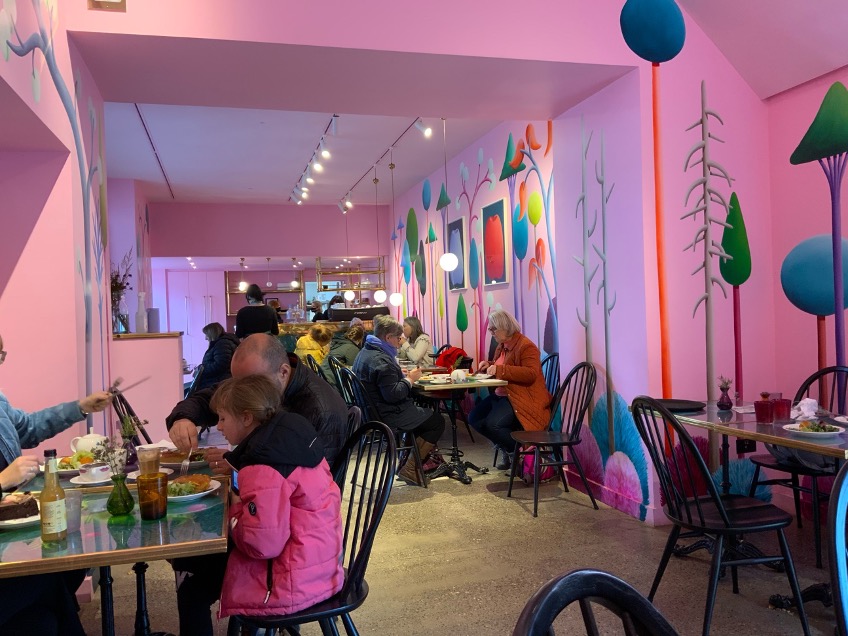 Nicolas Party’s “party cafe” at Jupiter Artland on the outskirts of Edinburgh. Both cafe and art benefit from their interaction. The immersive nature of the space, painting on the wall, paintings hung on the wall, and objets d’art (painted tables, cups, plates) all make the viewer feel like they’re living WITH the art rather than just LOOKING AT IT. It brings the art to life in a way… where you aren’t, at first, struck by the heaviness and intellectualism that accompanies regular art viewing and connoisseurship.  Great example of A hybrid, non-gallery space that, together, bring out the best parts of both a cafe and the art itself. 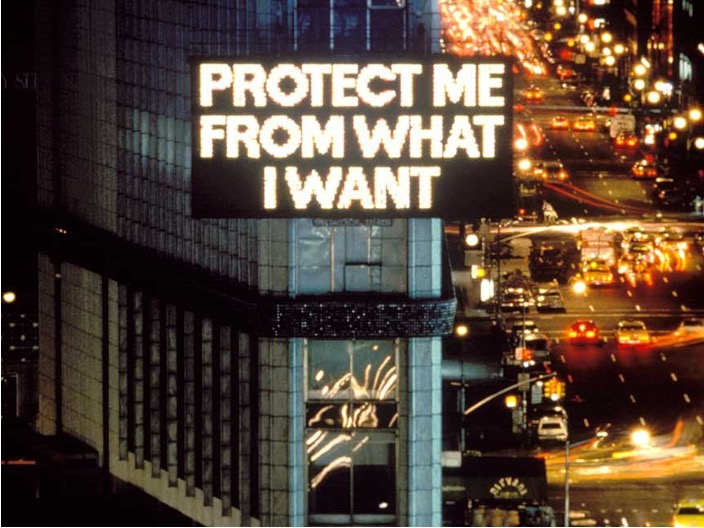 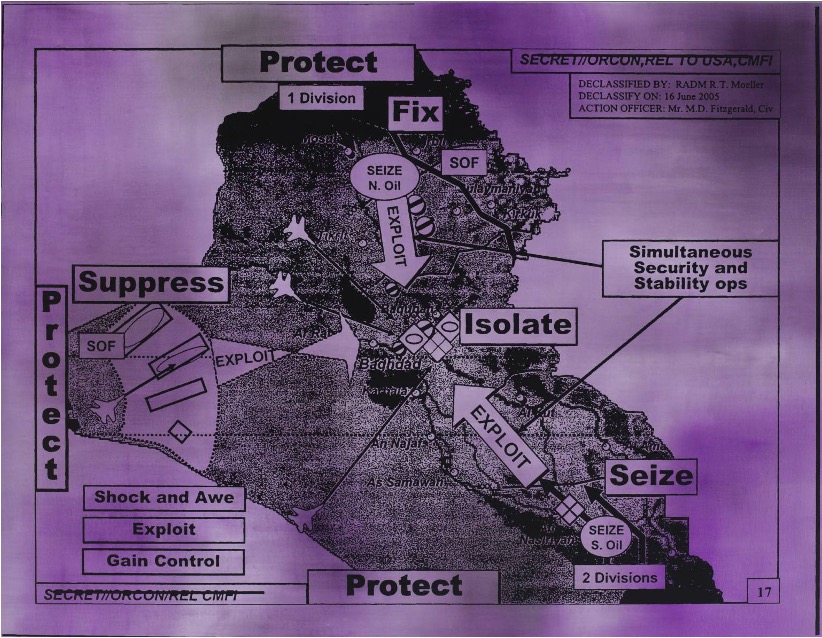 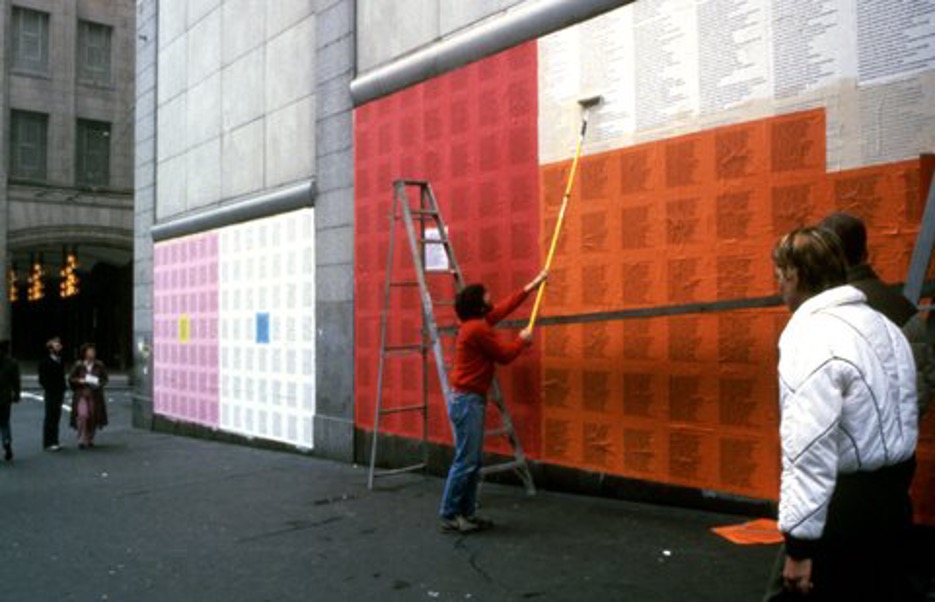 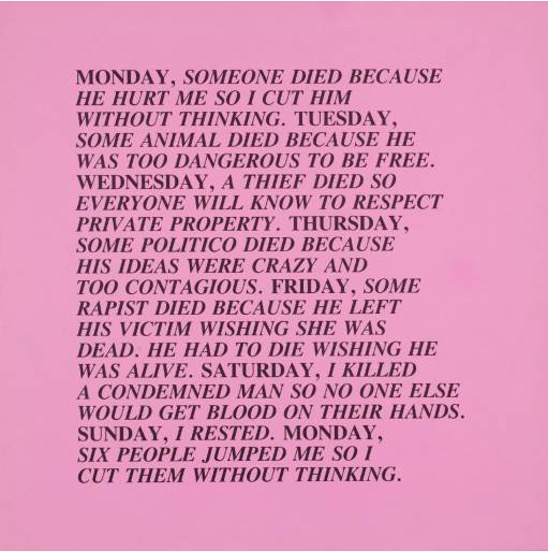 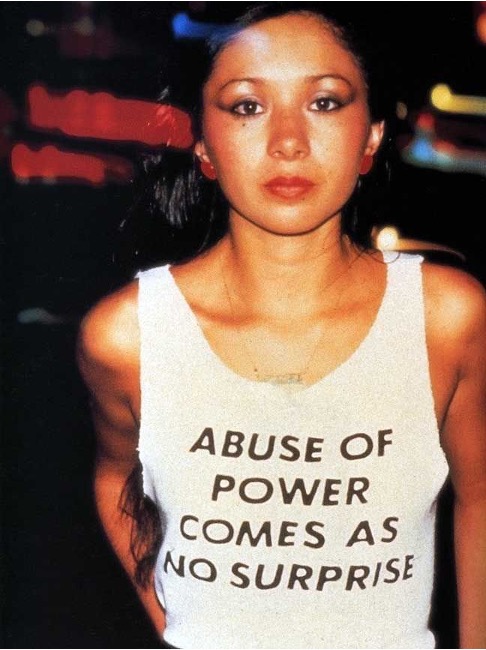 Another great example of creating hybrid spaces by disrupting normal, heavily populated “Normalised” areas. By ‘normalised’ i mean spaces that have a known function that the general population is aware of and use as such. She worked a lot in New York City, a densely populated region, so she works as a good example of how to make art in these sorts of areas. By disrupting these spaces Holzer creates a hybrid space of uncertainty. Most importantly, though, Holzer doesn’t destroy or deface (for the most part) the space she is occupying, she uses its normality to her advantage, tailoring messages that fit the space, elevating Both her message and the space it is in. (Ex. The square “truisms” panels mirror the stone blocks above them).The shirts are an example of a way to make and show art outside of a gallery setting that can also make you money. Also how she prints the US Middle Eastern military strike maps applies to the course, in that it is taking geography and imposing the human nature on top of it.

My work in Edinburgh City Center

With the notions/practices of these other artists in mind, I think that the city center of Edinburgh is an ideal place to work. It is very touristy, Starbucks-laden, and ‘sanitized’ in a way that everyone can understand. Because this is a densely populated, known space, it makes it all the more fertile to be disrupted. Disrupted in a way that doesn’t tear down or deface, but ADDS to the social fabric that already makes up and defines the space. Like good architecture, the work needs to be on with the space/area it inhabits. Most graffiti (street art?), especially in Edinburgh, is purely disruptive. Dave Hickey comes to mind when he said something along the lines of: “Is the art more worthy than the white wall it hangs on?” Hastily scrawled graffiti on a 200± year old stone wall is not a welcome addition in my mind. Good street art works WITH the space, beautifying and enlivening them both. It disrupts but does not destroy; in fact, it creates a new vision of that previously known space. By engaging in street art you address the general population in that area. You enter THEIR environment vs. The normal model where the general population enters the “art world” through institutions like museums or galleries. Because you are un-invited into the space your work occupies, you must come bearing gifts. 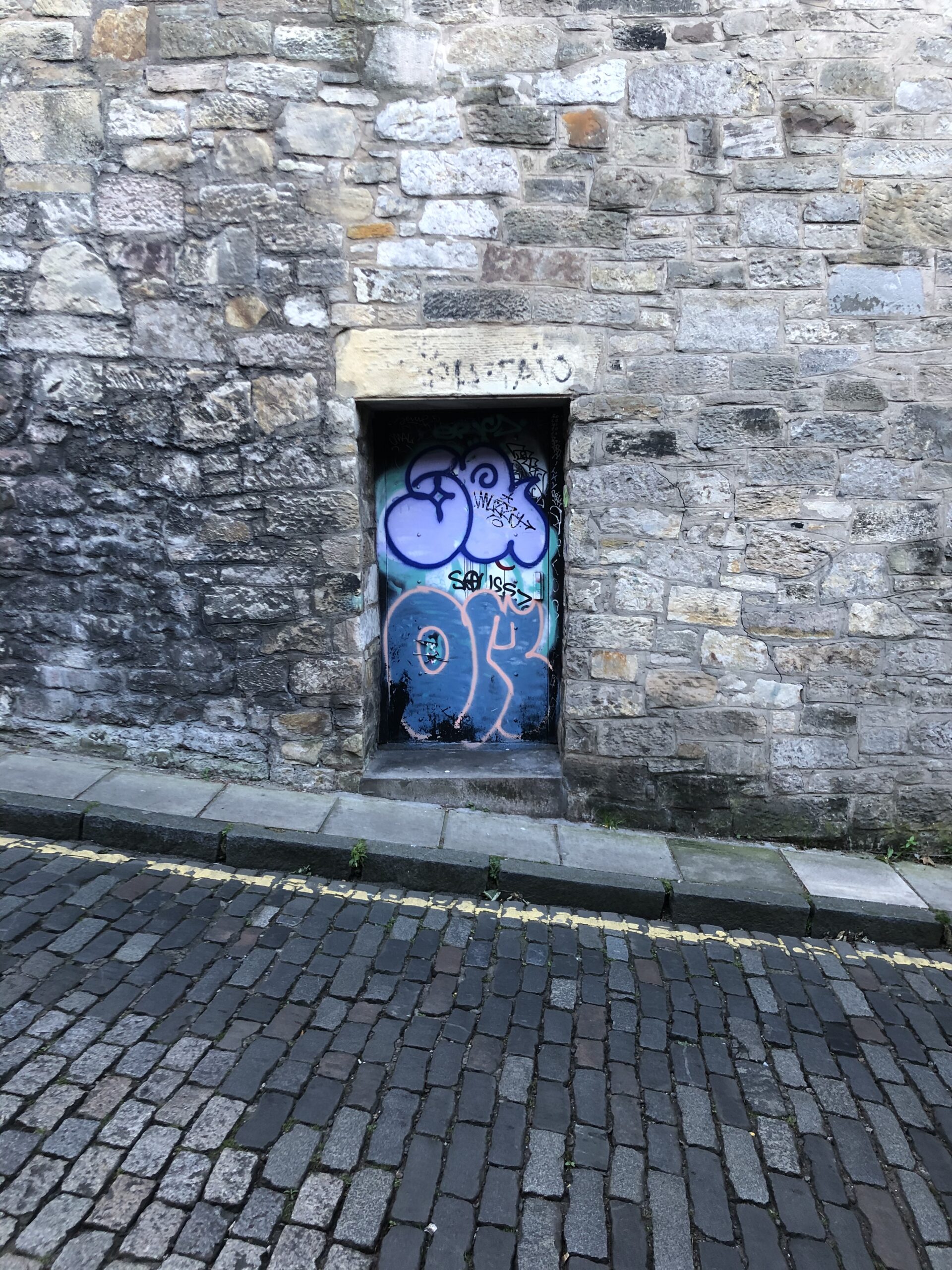 Sites 1: Three Artists as Reference Points / The Feline World by blogadmin is licensed under a Creative Commons Attribution CC BY 3.0
Posted on 28th September 202030th September 2020